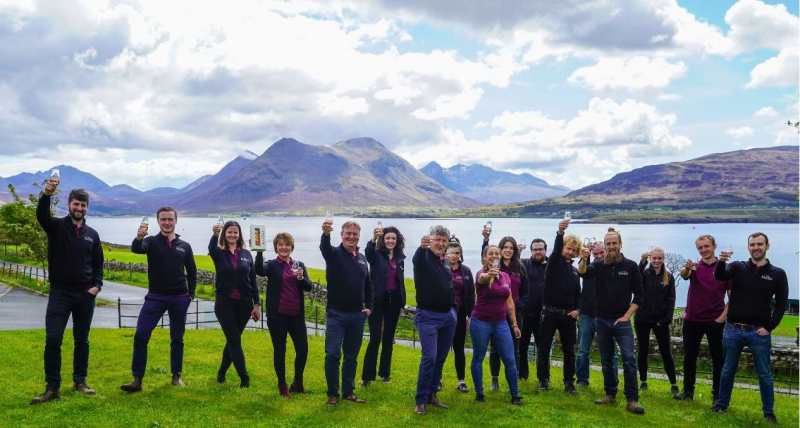 The Isle of Raasay Distillery has seen a remarkable reaction to news of its signature Isle of Raasay Single Malt release – with more than 17,000 applications to purchase a piece of Scotch Whisky history.

In fact, 17,478 people in total, from as far afield as Barbados and Bangladesh, entered the online ballot for the chance to purchase the Hebridean island’s flagship whisky, which follows years of meticulous development on an island rooted in centuries of illicit distilling.

The ballot, which closed on Wednesday 19th May, gives 2,500 lucky whisky fans the chance to secure a 70cl bottle of its much-anticipated signature Isle of Raasay Single Malt ahead of its official launch on Friday June 4. The winners are being notified before the end of this week.

A further 500 will receive an exclusive ticket to a special virtual launch event featuring the whisky’s maker, Whisky Writer Dave Broom, as well as a 70cl bottle of the Isle of Raasay Single Malt and a ‘deconstructed dram’ tasting pack containing 6 x 5cl samples of the six signature recipe casks.

The launch follows the distillery’s Inaugural Release 2020, which sold out months before it was even bottled last year.

And this is vital to Raasay as the Isle of Raasay Distillery is crucial to the island economy because it now employs more than 10 percent of the island’s population of 161.

Co-founder Alasdair Day said: “We’ve been taken aback by the hugely positive response from whisky fans right across the world, with 10,000 entering the ballot in the first 24 hours alone.

Every drop is distilled, matured and bottled on the Isle of Raasay using water from their well: Tobar na Ba Bàine (the Well of the Pale Cow).

Following later this year will be single cask releases of each of the six signature recipe casks. Participants at the June launch event will enter a poll to decide which single cask will be released first from the ‘Na Sia Cask Series’ (Na Sia, meaning ‘The Six’ in Gaelic).