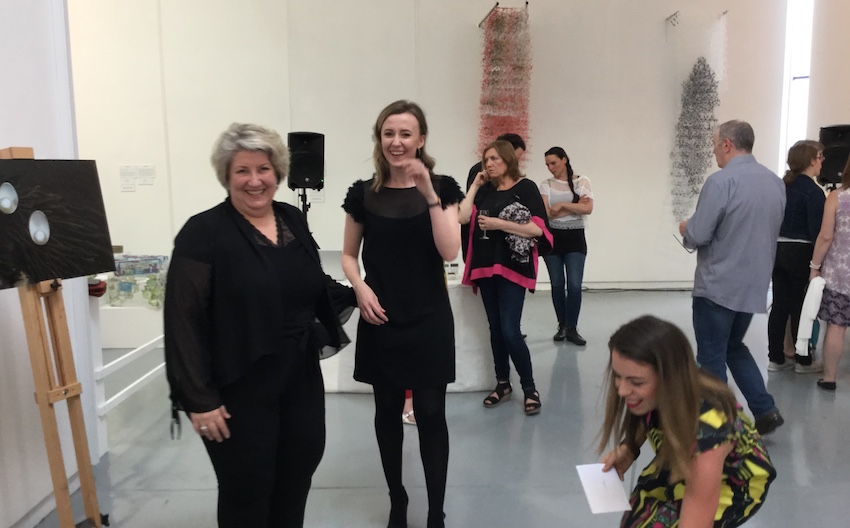 Young business leaders in the Highlands and Islands - including Lewis-based Jordane Symington, owner of Islewear - are encouraging others to apply to a year-long programme aimed at developing the next generation of entrepreneurs.

IMPACT30 is a fully funded business growth programme, offering bespoke support from industry specialists. The deadline for the next round of applications is 21 June.

The programme is open to people aged 35 and under, who are in key decision-making roles in young ambitious businesses.

It forms part of the Northern Innovation Hub, a project led by Highlands and Islands Enterprise (HIE), with £11m from the UK Government as part of the Inverness and Highland City Region Deal and £1.7m of funding awarded through the European Regional Development Fund Scotland Programme 2014-2020.

So far, 76 businesses have already benefitted from IMPACT30.

Jordane is the founder and owner of Islewear, a handcrafted designer Hebridean jewellery company based on the Isle of Lewis. Jordane joined the IMPACT30 programme in January 2021 and is urging others to do likewise.

“Being on the IMPACT30 programme has given me access to specialist business support to help me think longer term about Islewear, considering projections and future plans. It has encouraged me to challenge my ambitions, thinking bigger than I ever thought possible. Working with my business enabler has helped me be accountable for my own progress and helped with areas I have lacked in previously.

“Being a part of the friendly community has been great and I know this network will help my business grow in the future, so much so my first retail shop is opening this summer on the Isle of Lewis.

“For someone thinking about applying to IMPACT30, my advice would be to just do it, put yourself and your business forward and be your own advocate - taking the first step is always the hardest part.”

HIE has created additional spaces on the programme in response to consistently high demand. Lizi Blackwood, development manager with the agency’s Northern Innovation Hub, said: “IMPACT30 is about giving participants the chance to learn with and from the growing network of young entrepreneurs in the region, fuelling the ambition, energy and commitment needed to succeed. We’ve always had a great response to the programme, which is indicative of the extent of entrepreneurship that exists among young people in the Highlands and Islands.

“We would urge others, who have not yet taken part in IMPACT30, to consider an application, and we look forward to welcoming new young business leaders onto the programme this summer.”

IMPACT30 is delivered on HIE’s behalf by Anderson Anderson and Brown Consulting (AAB) who use their extensive business network to connect participants with top industry experts.

The Hebrides Contemporary Arts Scheme with An Lanntair encouraged Islewear’s development through mentorship opportunities for Jordane after her graduation from the Glasgow School of Art in 2014.  She then won scholarships to study stonesetting and enamelling at a college in London.

Jordane, who moved from Glasgow to the Islands when she was 14, says the collections for Islewear have been inspired by the machair, rock formations, and the coastal plant and sea life of the Islands.

Her work is also inspired by the love that people have for the land here, and by the work and support of artist Jane Harlington at Blue Pig Studio in Carloway.   Speaking at an event in An Lanntair in May 2017, Jordane said she believes it was moving to the Islands that enabled her to choose the path she is now on.