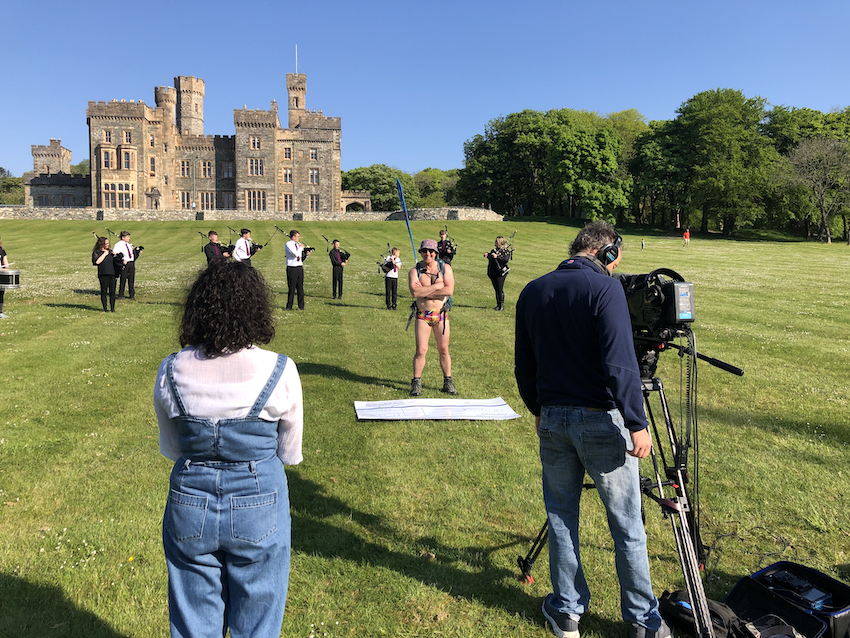 £4000 went straight from the SpeedoMick Foundation to Catch-23 in Bayhead today (Monday May 31) as Michael 'Mick' Cullen aka "SpeedoMick" started a 2,000 mile, five-month trek across the UK and Ireland from the CastleGreen in Stornoway.

And the presentation was broadcast live on TV from the CastleGreen just before 9am today accompanied by the music of the Lewis and Harris Youth Pipe Band.

This time as well as raising funds he will be looking for other charities and good causes to give up to £250,000 to along the way through his charity – the SpeedoMick Foundation.

Mick, aged 56, has trekked thousands of miles, attended hundreds of football matches and raised more than £650,000 in recent years - all while dressed in a pair of Speedos.

He said: “The reason I’m doing the walk is primarily to give back to the people and the communities who have supported me and the fundraisingI’ve done in the past.

“The Covid-19 pandemic has placed a huge strain on the finances of so many worthy charities, so I’ll do anything I can to help."

Superfit Mick, who has twice been nominated for a Pride of Britain Award, first hit the headlines in 2014 by swimming the English Channel in just under 16 hours - despite being a novice swimmer.

He is a a fan of Everton FC and turned up at their next home game in a pair of blue Speedos with ‘Channel Swimmer’ written on his chest, and his famous look was born.

The community hero, from Dovecot, Liverpool, was inspired to take up fundraising after his own battles with alcohol and drug dependency, isolation and homelessness.

In 2017 he walked 700 miles from Everton’s Goodison Park ground to the French city of Lyon, raising funds for Liverpool’s Alder Hey Children’s Hospital.

After starting from Stornoway, the route will cover a string of towns and cities and Mick will walk up to 20 miles per day across five months.  He’ll only be wearing his trademark blue undies, as well as a swimming cap, Everton scarf and a pair of boots.

The main goal is to identify good causes in communities that are deserving of some of the funds he has already raised through previous missions, with a focus on underprivileged or homeless young people and mental health initiatives. 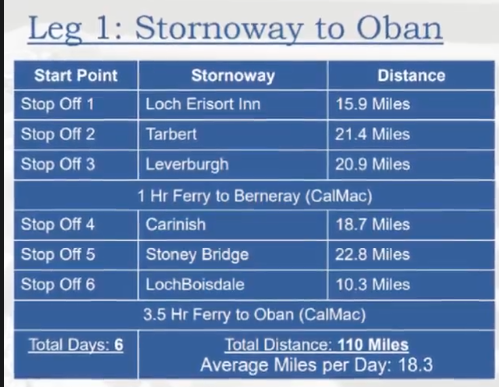 “The Giving Back Tour has given me my purpose back after a really tough year and it’s helped me see light at the end of the tunnel.

“It’s a privilege for me to meet people who might need a helping hand and to be able to support them means the world to me.

“We had raised a lot of money in the past and now we want to use that to the best possible effect, by seeking out good causes throughout the country and by helping them after a year in which their finances have been decimated.

“We also want to raise more money if we can as that will help us continue to work with good causes around the UK.” 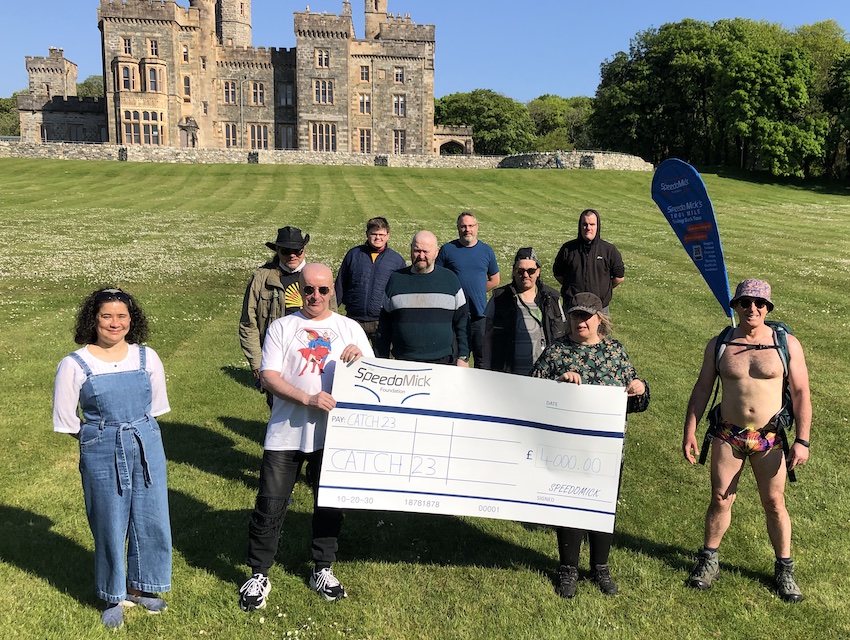 The Speedo Mick Foundation was set up in 2020 and Mick and a board of trustees work on helping good causes in the fields of homelessness and disadvantaged young people.

It aims to work with vulnerable groups to advance education, prevent or relieve poverty and support people facing issues such as ill health or financial hardship.