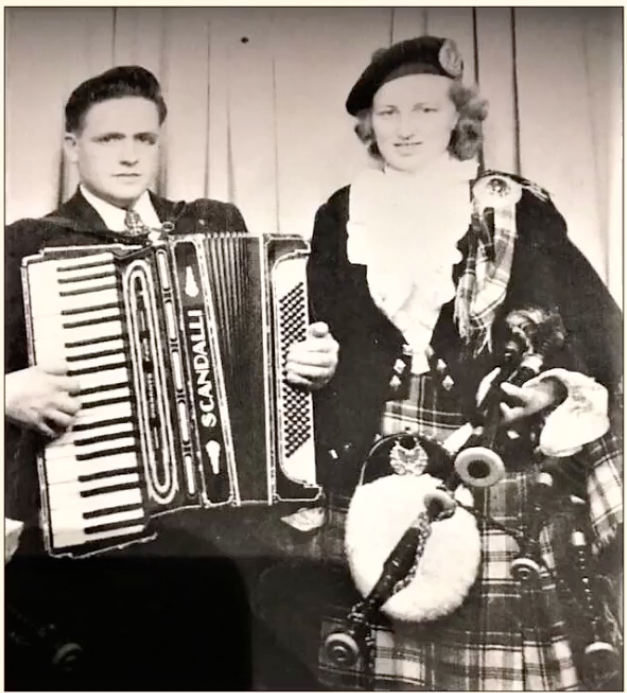 One of the last exponents of a musical style unique to Lewis has passed away in his adopted home city of Brisbane, Australia.

Iain Torquil Macleod, much better known to accordion music enthusiasts as Tommy Darky, died on Saturday (5 June) at the advanced age of 88, just a few days short of his 89th birthday. He had lived with dementia for several years and was admitted to hospital a few days previously.

Described by his son Iain as ‘a genius in everything’, Tommy was a self-taught accordionist in the now little-heard Lewis style.

His father had acquired the family nickname ‘Darky’ because of his famously black hair and Iain Torquil, identified as ‘John T’ at Aird primary school, gained the additional name Tommy thanks to a mistake by school head teacher Colonel John MacSween.

Tommy’s son Iain said: “He didn’t do well at school, always getting the strap, and he had thrown out all his school stuff from his desk and filled the space with a melodeon.

“Every time the teacher left the class he would play, and the girls would dance – he would get caught and get the strap every time. So he ran out of school on his 14th birthday, not even waiting for the end of term.”

In his early days growing up in Flesherin, Point, Tommy played to entertain friends and neighbours, at dances at Aird hall and for the popular danns an rathaid, which were held at nearby locations including the crossroads in Portvoller, at Sheshader road end and outside the former garage in Portnaguran.

As a youth he left Lewis, as so many did, for life in the Merchant Navy and sailed worldwide, busking in various ports around the world. On his first visit to Sydney, Australia, a piper shipmate from Ness took him along to meet the New South Wales ladies pipe band at a musical event in Paddington, Sydney. It was there, in 1952, that he met his future wife, piper Margaret Russell, originally from Edinburgh.

After a couple more years at sea, Tommy returned to Sydney in 1954 and, according to Iain ‘walked off the ship with his accordion on his shoulder and disappeared into the bush’.

He married Margaret in 1956 and went to work as a rigger at the ICI chemical plant. At the same time his musical reputation was flourishing and, in 1961, his employers agreed to release him for a year to tour Australia with Andy Stewart.

During the tour the Lewisman rejected orchestral arrangements provided by Andy himself and insisted on playing in his own way, by ear. 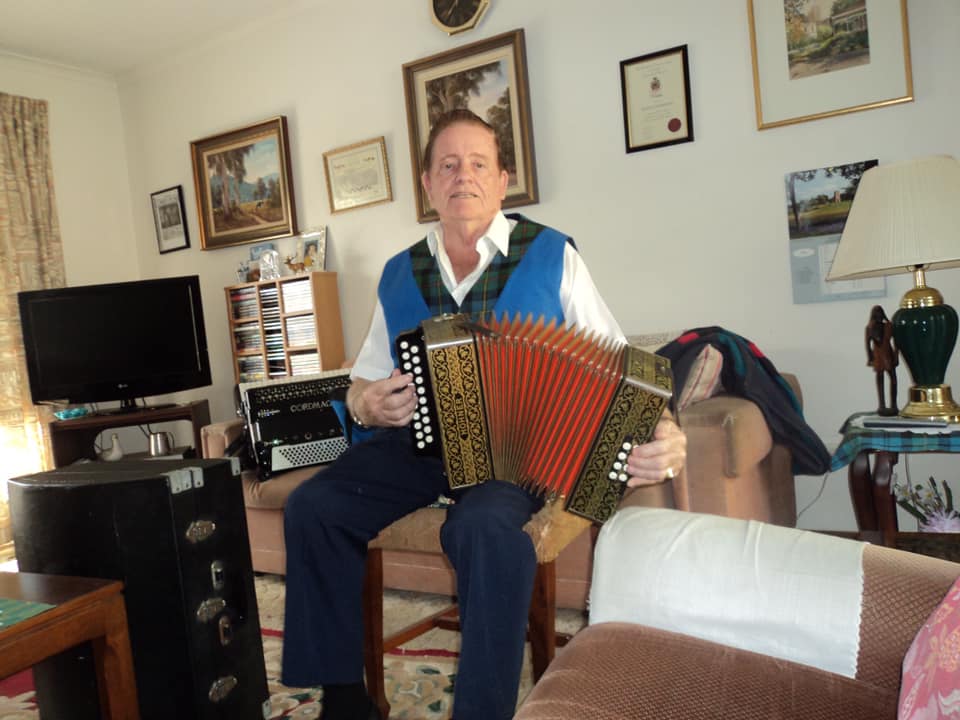 The tour, and an album released in the same year on the Festival Records label, propelled him to stardom in Australia and New Zealand and led to him choosing his first band, leading a Scottish dance band revolution at the other side of the world.

During a brief return to Lewis in 1964, Tommy won the Western Isles accordion championship and released a 45rpm (single) record on Murdo Ferguson’s Gaelfonn label.

While most of Britain was swept by the Merseybeat, the highlands and west coast was bowled over by homegrown accordion-playing. Tommy’s record Danns a’ Rathaid knocked the Beatles off the top of the west coast charts.

Son Iain said: “The Beatles changed the world, but Tommy Darky changed the Hebrides. He caught every islander’s imagination and he also entered their hearts.

“The British press asked his opinion of the Beatles. He said he admired them and loved John Lennon’s crooning, wished them all the best.”

The couple built a house in Shulishader, but the wild weather didn’t suit them as well as Australian sunshine and they returned to their adopted homeland.

Tommy’s home in Sydney became known as a cèilidh house, with Hebridean sailors from visiting ships always welcome. Fellow musician and mariner John Tonkan Macdonald of Portnaguran recalls: “Tommy used to come down to the docks and search out any of the boys on the shops who were from the islands, bring them up to his house and entertain them with music and drink. I was there myself and played music alongside him.”

In December last year Tommy was inducted into the Traditional Music Hall of Fame as Tommy Macleod at the virtual version of NaTrads. Musician Willie Cameron posted a tribute at that time of Na Trads, when he said: “One of the great tragedies of Scottish accordion music over the last couple of decades is the fact that it has become nothing short of a clone factory of similar styles, and the same tunes to a regimented format.

“Back in the day individual styles were the norm - especially in the Highlands and Islands. One of those amazing individualistic players is Tommy Darky (Johnny MacLeod) of Flesherin, Isle of Lewis. Just an amazing, wild and free style, something missing so much today – brilliant.” 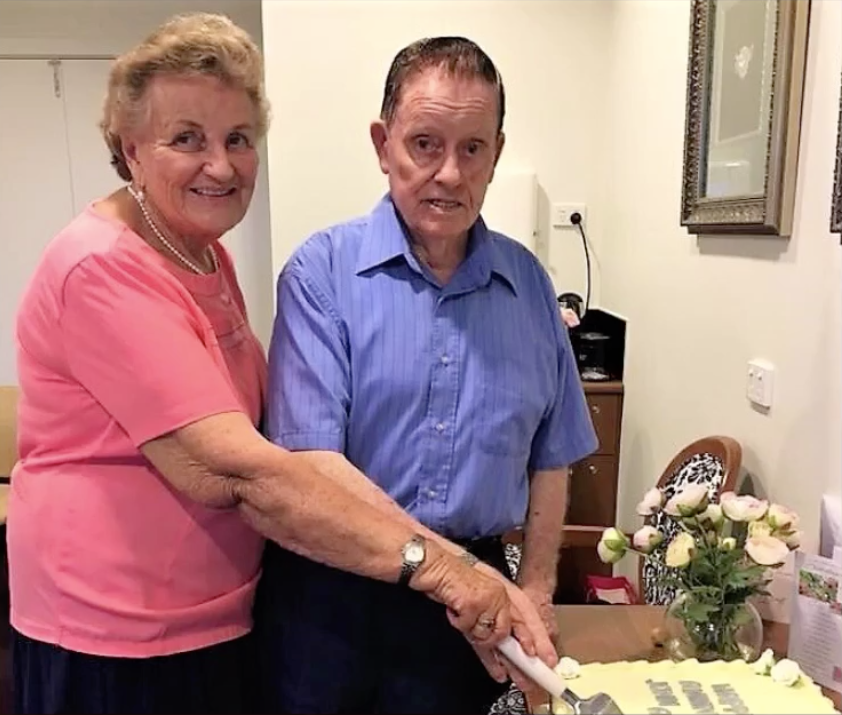 John Tonkan Macdonald said: “As a player he had an old style which is dying out now, you can really only hear it in the playing of the Ness Melodeon Band.

“It was the old Lewis style of playing which you only heard here – very Hebridean, full of gusto and played quickly. One of his signature songs was Chaileach Chrubach, which has a tempo like the puirt which were used for danns an rathaid in days past. He also used to play Dark Island and he played it well.”

His son Iain said: “Tommy’s genius is that he played the box as a singer sings the notes. If you speak his dialect in Gaelic you can hear the Gaelic words in his notes.

“I was taught to read music and I understand beats and bars, but if my dad had received this training it would have destroyed his uniqueness. Most musicians just read notes from a page, Dad put way more in than is written.

“Not only could he play all night, he could drink all night, walk perfectly home, hold a conversation and never to my knowledge caused a problem. We will never see the likes again.”

At the news of his death on Saturday, Gaelic singer Donald MacRae said: “Absolute legend and mega-inspiration to all with a hint of west coast music in their blood. Bidh an ceòl aige beò gu bràth - his music will live forever.” 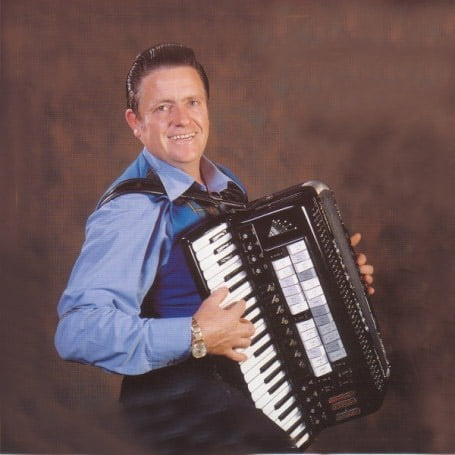 Posting her own tribute on social media, grand-daughter Ali Lewis said: “I take peace in knowing he lived a full life with many accomplishments including being inducted into the Scottish Traditional Music Hall of Fame, which I am so proud to say.

“My Shen loved all of his family and at 88 years of age (a week short of 89), after 64 years of marriage he was still deeply in love with my amazing Granny, who has always cared for him. I hope he knows how much we all loved him and how much we will miss him.”

Margaret and Tommy had three children, sons David and Iain and daughter Janine. He is survived by Margaret, and mourned by his children, grand-children and many friends and relations.

The pictures show Tommy with his wife Margaret in early days and at their diamond wedding anniversary (family pictures), one of his album cover images and a snap of him playing at his home in Australia more recently.

An earlier version of this article was published yesterday.

It has been revised and extended based on additional information supplied by the family.