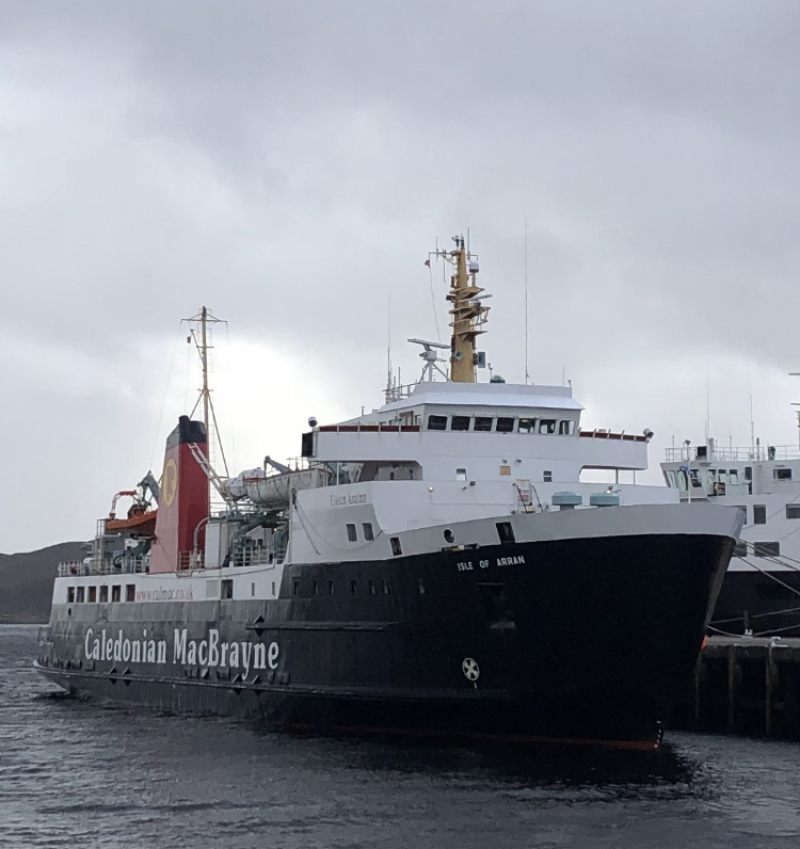 What does the Hebrides and Clyde crisis over ferry services have a lot too many of?

There’s CMAL, CFL, HITRANS, and Transport Scotland; along with CnES, MSPs, MPs and others.

What do we not have enough of?

They invited representatives from the various transport bodies and public authorities to an online meeting on Tuesday 1st June to discuss the present ferry situation.

“Discussions were held on the recent catastrophic effect caused by the Loch Seaforth being out of service, difficulties in booking passage, management of ferry capacity, investment in replacement ferries and adding additional ferries to the existing fleet.”

One thing that was made crystal clear to all during the meeting and was agreed on by those Community Council representatives afterwards, is that the buck stops with the Scottish Government and its mismanagement.

One point of discussion, which was at times robust, centred around the age of ferries, and why only two major ferries were built in the past 20 years “excluding the two rusting hulls on the Clyde” when up until the year 2000, a new ferry entered the service every 2-3 years.

“After listening to admissions made by the heads of the transport agencies present, as well as the MSP's, we believe it’s now incumbent on Alasdair Allan… as a member of the political party in power, to approach the Transport Minister with a robust case for adequate funding to replace a fleet ranging in age from 7 to 37 years."

Chris Wilcock of Transport Scotland advised of a £580 million investment plan for CMAL.  The Community Councils questioned whether over the next five years this funding will be sufficient –when new piers and other infrastructures are included in the package, what will be left for ferries?”

It was explained that CMAL and Transport Scotland are actively looking at the potential of  securing second-hand ferries, but it was pointed out that second hand ferries should only be considered as a short term stop gap.

Following the meeting an emailed letter was sent to the three MSP's containing most of the points highlighted in this statement, including the following

“As the Islands representatives at Holyrood we have to ask the three of you, why have a quango of organisations, starting with the Scottish Government, who instruct Transport Scotland, who instruct CMAL, who in turn instruct the ferry company Calmac – who are then left to carry the can when things go wrong , and wrong they clearly have gone over the past 20 years.”

The three MSPs were urged “to put party politics aside, for the time being, and work together to get a funding package over the line, and at the same time campaign to restructure the outdated quango system that exists at present and replace it with an organisation that will be fit for purpose.”

It was agreed to hold a similar meeting with those present in three months, or sooner if need be, to ascertain what progress if any, the transport agencies and MSP's have made.

On the matter of the recent problem of booked-up ferries when they appear to be half empty, Robbie Drummond of CalMac pointed out that Covid restrictions limit capacity to 35%.

He also explained that the current booking system is 26 years old, and a new automated system is being built that he hopes will be in use in time for the 2022 spring booking season. This will provide passengers with a far better experience.

“At the same time, he was totally apologetic for the disruption it has caused.”

His comments came after the Harris Transport Forum called for a dedicated ferry to service their community.

The Scottish Conservative MSP said: “I have been inundated by complaints from frustrated residents and businesses the length and breadth of the islands about the failure of the Scottish Government to provide a resilient ferry service.

“I have repeatedly called on SNP ministers to get a grip on this deteriorating situation but it seems they are more interested in stoking up conflicts with the UK Government than actually doing what they are meant to do in terms of running a robust and reliable ferry network.

“If we are to restore confidence we need to see a proper plan, with timelines, budget, and lines of accountability. Until that is provided, I fear we will continue to lurch from crisis to crisis when it comes to the ferry service in the Highlands and Islands.”