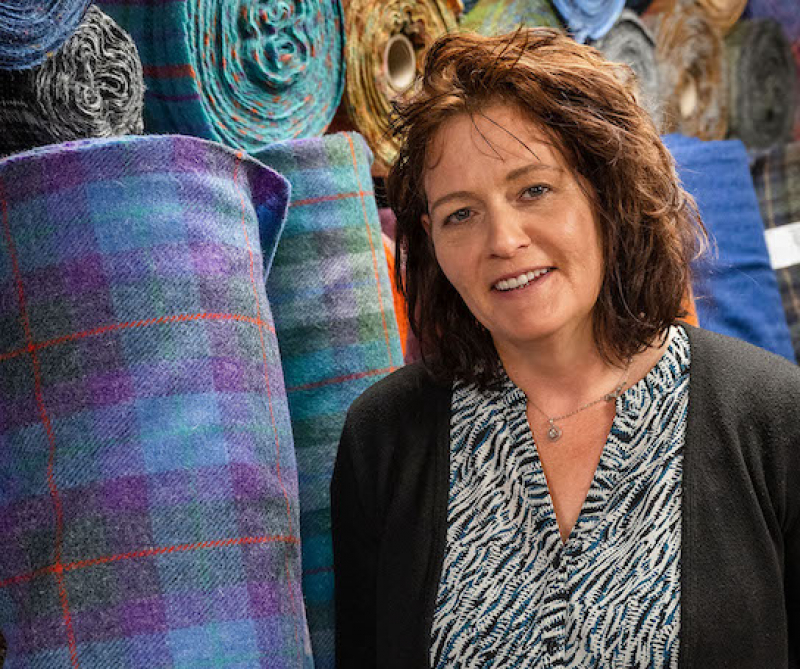 One of the major figures of the Harris Tweed industry, businesswoman Catherine Campbell, has had her work nationally recognised today (Saturday June 12) in the Birthday Honours list of her Majesty the Queen.

Catherine is awarded an OBE (Order of the British Empire) for her “services to the Harris Tweed Industry and Economy on the Isle of Harris.”

Singer Lulu also received an OBE – for “services to Music, Entertainment and Charity.”  Alister Jack said: “Lulu’s award for services to entertainment is very welcome. Nothing short of a national treasure, Lulu has a special place in the hearts of many Scots.”

And he added: “Her Majesty has also recognised the depth of dedication and commitment in local communities across the country, with awards for the unsung heroes up and down Scotland. My sincere congratulations go to all the Scots who have been honoured by Her Majesty.”

Catherine said today:" "I am deeply honoured and very surprised to receive this award and although I stand to accept this honour, I feel it belongs if not equally to my family who brought me up to love the Harris Tweed Industry I live and work in today,  my staff who have worked tirelessly, supported, and helped me throughout the years and my dear children, family and friends who stand by me too.

"A very special thanks to The Harris Tweed Authority who have guided us as well as my many colleagues within the Industry for their support, encouragement, and expertise throughout the years.

"Also, a very big thank you to everyone who has helped and supported us in every way throughout the years, I am eternally grateful." 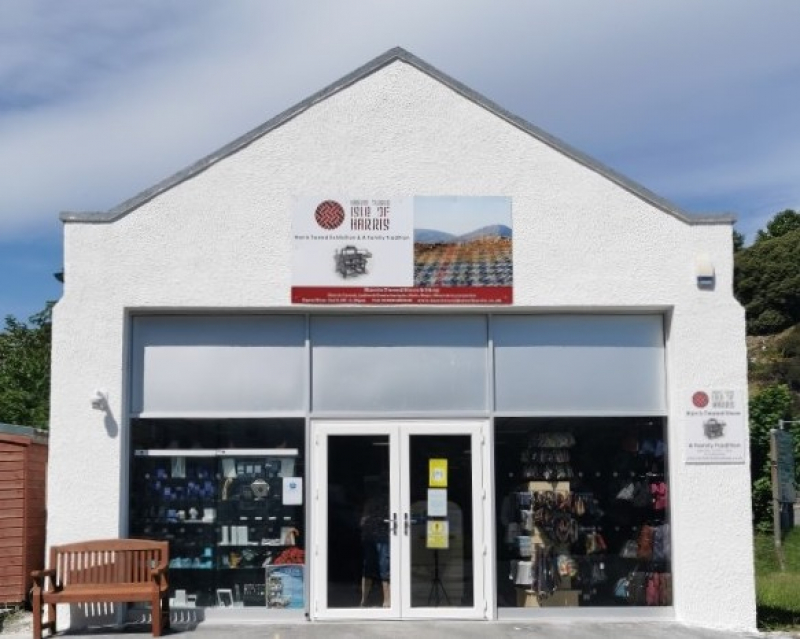 As one of the Campbells of Plocropol, Catherine is one of a family which is one of the greatest modern keepers of the traditions of Harris Tweed.  They safeguarded the old ways and bequeathed some of the most treasured images of the industry in its most basic form.  She herself played an absolutely key role in preserving both products and traditions at the time when the former off-island owners of a tweed mill in Stornoway were clearing out its varied stock of different tweeds.

Catherine’s great-aunt Marion was herself a one-woman marketing campaign for the Islands in earlier generations, a fact that was recognised not only locally but nationally too. Her decades as an ambassador for Harris Tweed and the Western Isles earned her a British Empire Medal in the 1985 Queen’s New Year Honours List. The honour was to mark her lifelong service to the Harris Tweed industry.

Over the decades, Marion’s fame spread far and wide. A gifted designer as well as producer of the fabric, she became the subject of regular media interest through the 1960s and 1970s as appreciation grew of the painstaking work and ancient skills that created her fine Harris Tweed.

Catherine was raised on the croft next door to her great-aunt Marion’s in Plocropol.  “We were always around the dye-pot, spinning wheel, her loom and everything she did,” Catherine recalled in a recent interview.  “As children, we were intrigued by the colours that were created from the flowers and the lichen.  Even for the adults, it was pretty incredible”.

Catherine recalls: “Because the work was always around the home, we grew up with Harris Tweed. It was such a hard process in those days; it took so long to prepare the wool before she could begin the weaving.”

As a young woman, Catherine became increasingly interested in the gap between making the tweed and its end use in the fashion houses of the world.  “It was like two different languages, and they seemed so far apart.”  She remembers buyers from mainland companies coming to the shop in Plocropol dressed in beautiful Harris Tweed clothes and accessories. It set her wondering why more of that added-value could not be retained in the islands.

It became Catherine’s ambition to bring the “two languages” closer together and in 2005 this started to become a reality.  She went into business as a retailer of Harris Tweed fabric and products firstly in Plocropol alongside her mother Katie and later taking over the old Co-op shop in Tarbert.   Since then, the business has grown spectacularly.

She transformed the old school building in Drinishader into a centre which tells the story of her family’s involvement in Harris Tweed.  This was the school where generations of Campbell children studied, and visitors now enjoy seeing Marion’s loom and artefacts while a Harris Tweed Exhibition is housed in a smart adjoining building.

There is also now a shop in Inverness run by Catherine’s niece, Annabel Campbell, while the Tarbert business expanded with the opening of a much larger shop selling a vast array of Harris Tweed products. Many of the smaller ones, like scarves and cushions, are made locally.  The catalogue runs to 2300 items including hundreds of beautiful Harris Tweed designs.

The Tarbert shop caters for the floods of visitors who, in a normal year, pour off the ferry from Skye.  Many become regular customers and, particularly in current circumstances, the huge world-wide mailing list Catherine has built up is a source of strength for her on-line business.