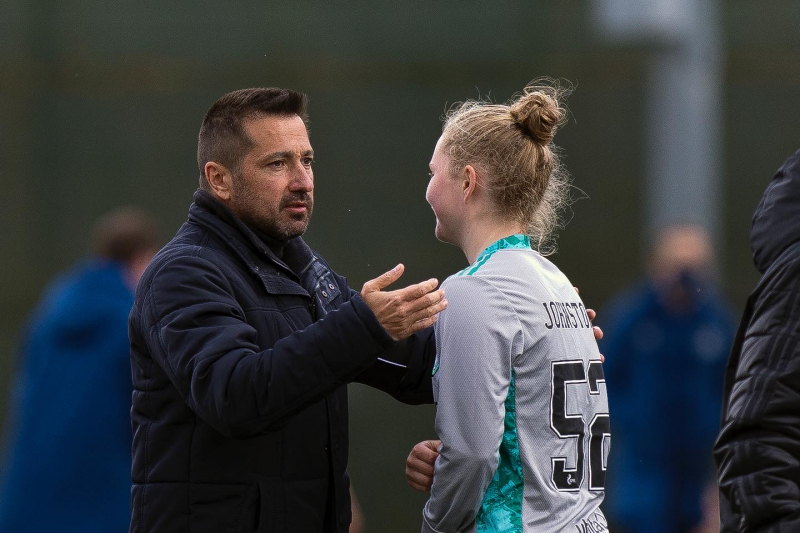 Among the football news this week, the long-awaited homecoming of Celtic women’s team goalkeeper Rachael Johnstone is the main headline in one Balallan household.

Rachael has just completed a Sports Scotland training camp in Largs, just a few days after The Ghirls secured a dream place in the UEFA Women’s Champions League with an 8-nil win over Motherwell last Sunday (6 June).

And she’s been assured of her place in the Celtic team for next season by manager Fran Alonso, who is pleased with her performance over the troubled year of 2020.

Hard work, time on the pitch and a clean sheet with no goals let in were Rachael’s ambitions for the 2020/21 season – with no idea of the amount of disruption that the year would cause to her sport.

Rachael signed for Celtic’s girls’ academy as a 14-year-old in 2019, but what was supposed to be her debut season in the Celtic women’s first team was interrupted by lockdown and cancelled matches at home and abroad. 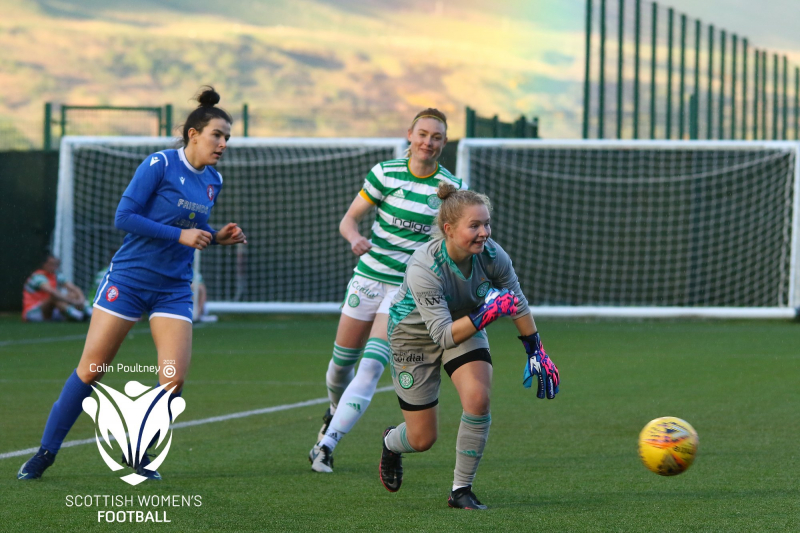 Rachael, now 17, said: “It felt like the longest season ever and it was a really difficult year for everyone, not just in my team but across football.

“But now that it’s over I am glad about the outcomes. I played in seven games, which I am really pleased with, made a few saves and did what had to be done.

“The match that sticks in my mind as the most satisfying of the season was against Hibernian, where we had a 1-0 win. It was one of the last matches in the season and we had to win, on a horrible pitch, full of holes.

“I made quite a few saves and it was a really gritty, tough game. Hibs played well, so very satisfying to come away from that match with a win.”

That kind of comment characterises Rachael’s approach to her support, which is focused, workmanlike and determined.

She said: “I just like to focus on the game, take every game as it comes and make sure when I play that I do everything right and don’t give the manager any reason to drop me.”

So far from dropping her, manager Fran Alonso has been behind the offer of a new contract for Rachael, which will see her return to Glasgow after a few weeks rest and recreation in Balallan. 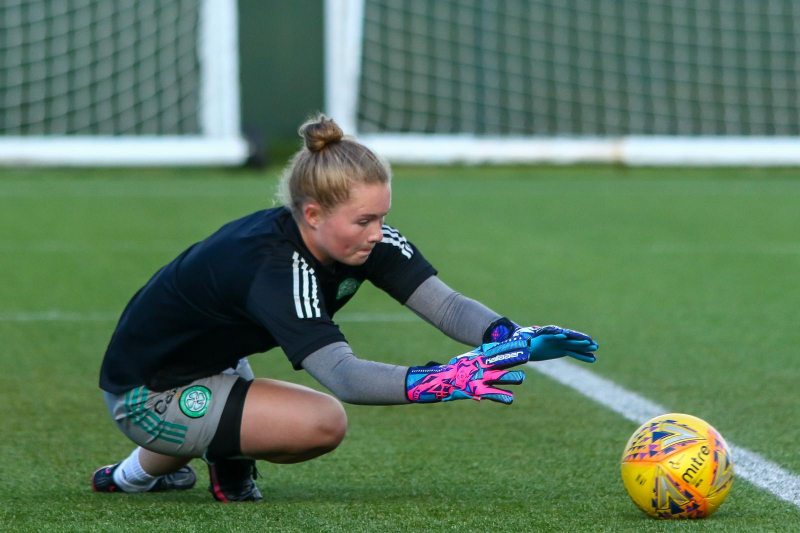 She said: “I plan to relax and spend time with my family – I haven’t been home since December and I have definitely been missing them. Having said that, there’s a big goal in the garden so I had better give that some use too.”

After that it’s back to pre-season training from 5 July, with a training trip to Gran Canaria planned if travel regulations allow.

Rachael’s goals for the 2021/22 season are the same as her team’s. She said: “As a team this year our goal was to reach the champions league and we got that, so next year the goal is to win the league.

“For myself, I want to keep getting more experience and more game time, work hard and then, fingers crossed, get picked for the Scotland under-19s team.”

The pictures show Rachael in training and with her team manager during the past season.