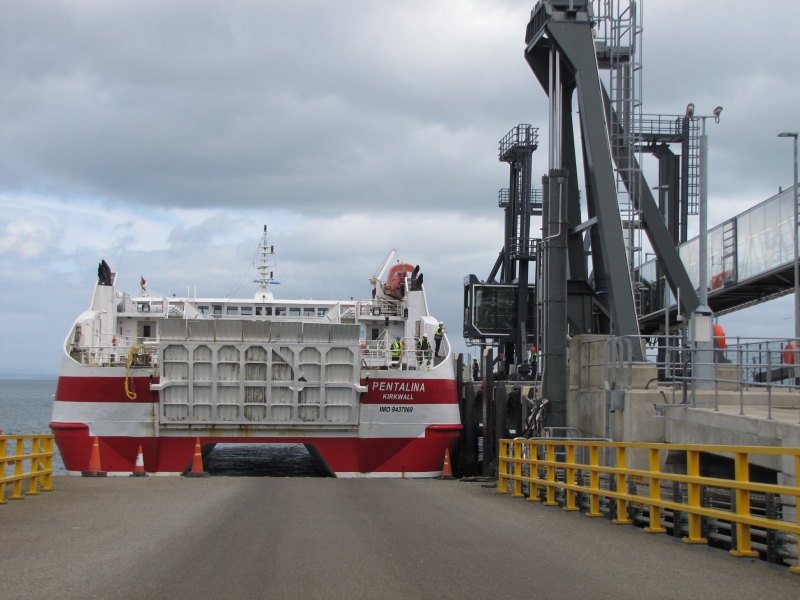 Change of course for Pentalina

Berthing trials for the Pentland Ferries vessel Pentalina will not take place over this afternoon (Wednesday 16 June) and tomorrow in Stornoway, after CalMac changed their sailing plan late yesterday.

The vessel had been due to arrive into Stornoway this afternoon for trials with embarkation and disembarkation process into CalMac’s terminal.

Instead, she headed south and is now (12 noon) at the pier in Scalasaig, Colonsay and later on her way to Islay.

Sources in Stornoway say it is not clear whether this is a temporary postponement of berthing trials in Stornoway and Ullapool, or whether new information has caused CalMac to abandon the possibility of using the ferry on the cross-Minch route.

Yesterday (Tuesday) the Isle of Arran ferry committee shared online a presentation made to them by CalMac on Monday.

In the presentation, CalMac said they were investigating the feasibility of chartering the vessel on a time-charter basis, to provide resilience, minimise disruption, address capacity issues and aid economic recovery.

They said that four routes were being considered for the vessel – Ardrossan-Brodick, Oban-Craignure, Kennacraig-Port Askaig and Stornoway-Ullapool. 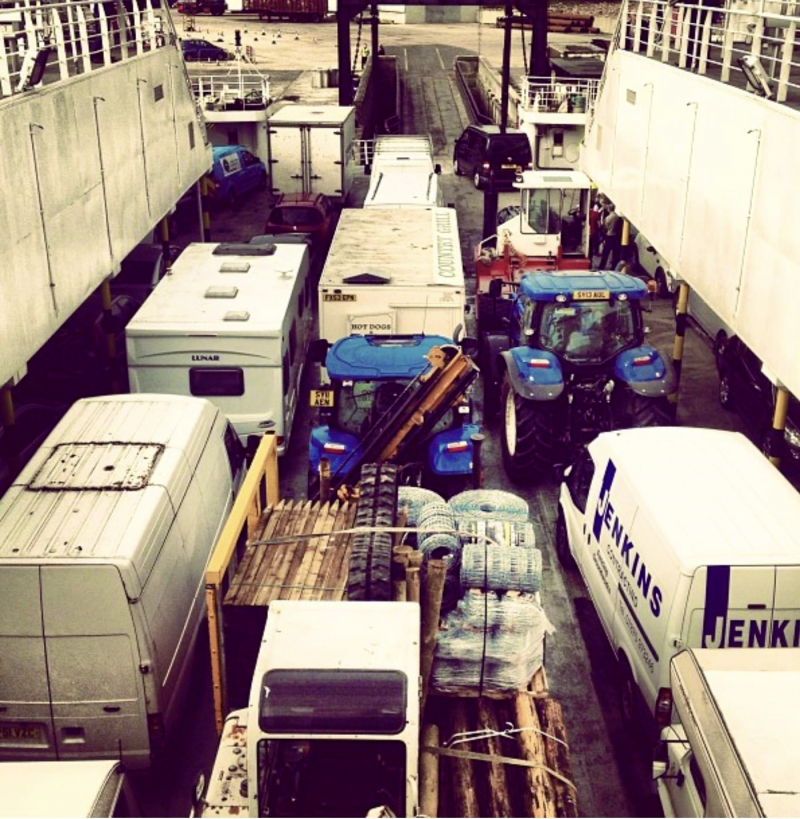 They also admitted that the single entrance point of the vessel (which is not a ‘roll-on roll-off’ design) would add to turnaround times in port. Cars are boarded forwards and use the width of the car deck to turn clockwise at disembarkation, while larger and taller vehicles - from articulated lorries to camper vans – are reversed onto the open central part of the car deck.

Its capacity, broadly equivalent to MV Isle of Mull and MV Isle of Arran, is limited to 56 cars and 126 metres of freight. Passenger capacity is 346 in summer, 250 in winter and 183 under Covid spacing restrictions.

Regarding possible deployment to supplement the CalMac fleet, their presentation to Arran suggested that the Pentalina might provide additional sailings to Arran in summer or provide relief to the Oban Craignure route if MV Isle of Mull is needed elsewhere in the network during breakdowns or outages.

In winter, the vessel could operate on the Oban/Craignure route, freeing up other vessels to provide relief elsewhere. However, this option could be affected by operating constraints in terms of wind and wave conditions.

Pictures show the Pentalina during berthing trials in Arran earlier this week (Isle of Arran ferry committee) and the internal loading arrangements as taken by a passenger using the vessel regularly in 2013 (Ker Manson).