Making the most of isle gardens

When people in Lewis and Harris found themselves unable to travel last year, they put all their summer energies into garden and croft improvements.

Beside many of them every step of the way was the team from Thompson Fencing and Groundcare, headed up by founder Mitchell Thompson, who celebrates five years in business this year.

After the initial disruption of the first lockdown, Mitchell found his business going from strength to strength – so much so that, this summer, he’s launching two new businesses.

Thompson Garden Machinery has been set up in time for ‘the summer of staycations’, to support the numerous people who want to manage and maintain their gardens themselves.

And for those who have already done everything necessary to get the garden to their liking, there’s always the option of hot tub hire from the same company! 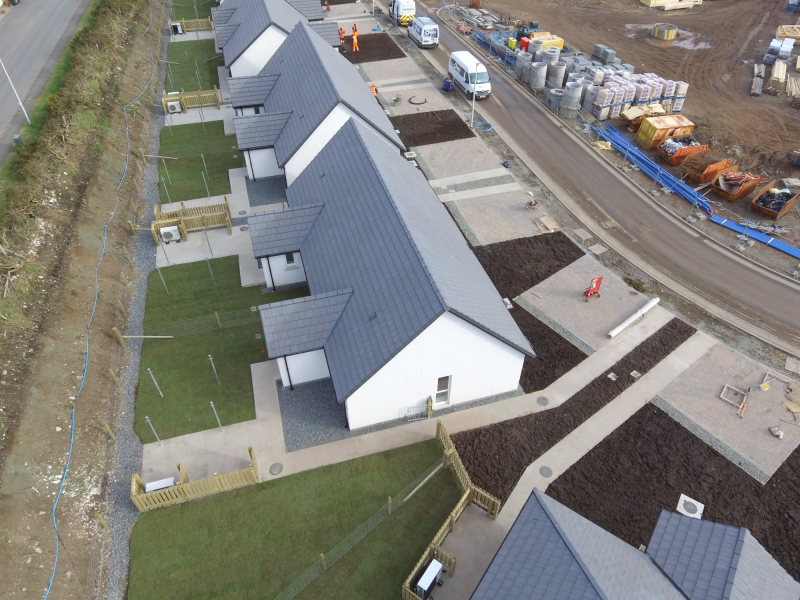 Mitchell struck out on his own in 2016, with garden maintenance jobs from lawn and hedge-cutting to clearing rushes from overgrown crofts.

That winter he moved on to stock fencing and from that a grounds and garden maintenance business developed naturally.

Now, with a new depot at 46 Inaclete Road, between Carpet World and Norrie’s Garage, and a team of eight employees, he’s at the hub of a significant and vital business for the islands.

He said: “The new garden machinery business has arisen from customer demand, as we were finding that people who are not going away this year want to work on their gardens themselves. 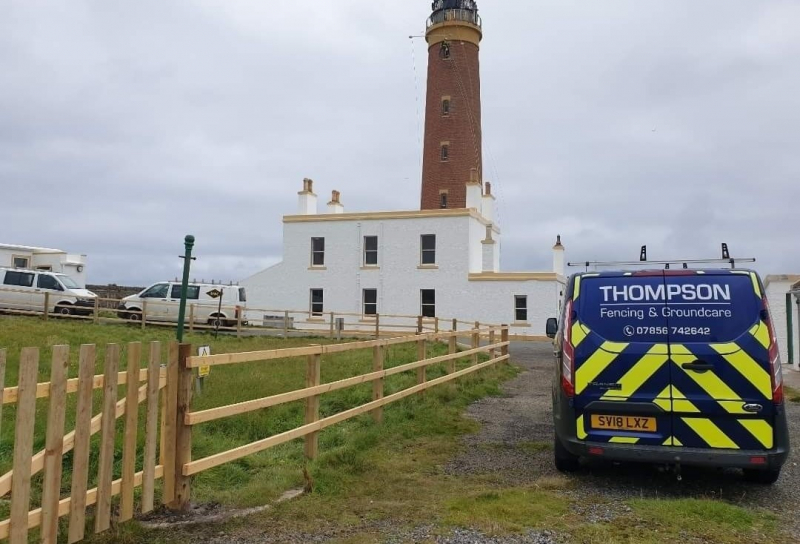 “We have tried to get as wide a range as possible of all-new garden machinery – strimmers, hedge-cutters, mowers, there’s even a flail for cutting rushes and tall croft grass, which can be pulled behind a quad or ATV.

“I have taken on a mechanic to service the tools and an office administrator to support customers. Launching two new companies at the same time is personnel intensive and a huge investment, but it’s driven by customer demand.”

But the ability to respond quickly to demand is what has driven his success so far. He said: “I plan to expand the range of garden machinery according to demand, so I am already taking note of machinery which is asked for that we don’t yet have.”

Meanwhile large groundworks continue, from the very small jobs like turfing a back garden or cutting a hedge, to large contracts like fencing off telephone masts and antennae, or even lighthouses!

Mitchell said: “We are working at the moment on turfing and fencing the gardens of the new homes on the Goathill Park development.

“Each one of those will be someone’s garden, and we hope each one will give them as much pleasure as those in much older homes, kept trim and neat by our team and our garden equipment.”

The pictures show Mitchell and some of his team with a selection of their available garden machinery at the base on Inaclete Road, recently turfed and fenced gardens at Goathill Park and part of 96 metres of post and rail fencing completed for Northern Lighthouse Board at the Butt of Lewis lighthouse.