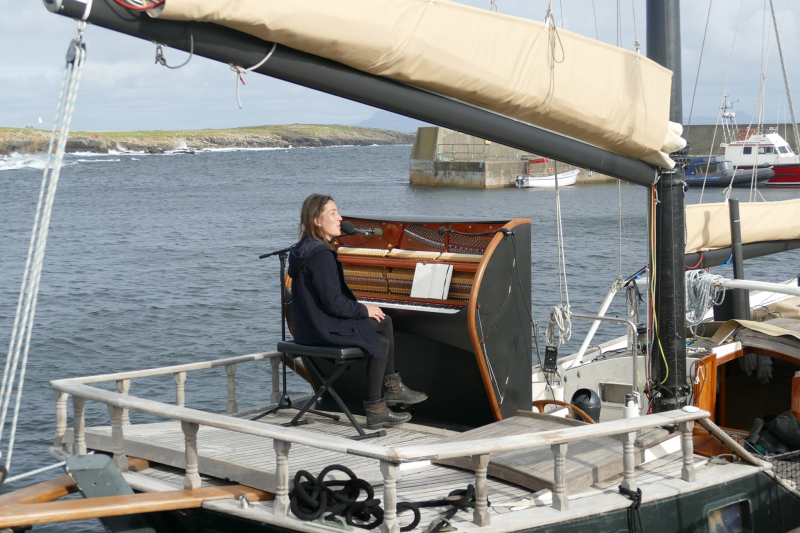 New into Castlebay today (Thursday 24 June) is a small yacht with a harmonious mission.

The Lady Flow is a 12-metre, two-masted yacht sailing under the French flag but, more than that, she’s the home, studio and stage for an itinerant musician bringing pier-side concerts to coastal towns and villages.

Marieke Huysmans-Berthou is a pianist and singer, sailing with her piano on deck (or in the cabin in inclement weather), around the coasts of Europe.

Travelling under her company name Pianocean, she called into ports around France, Corsica and Ireland between 2015 and 2019, before her ambitions were curtailed last year by Covid.

She often plays together with locally-based musicians, live-streaming some of her concerts while others remain exclusive to those gathered at the pier.

With just two concerts performed in 2020 – at Inish Bo Finne in County Galway in August – she’s now resumed her voyage where it was suspended, in the western oceans.

Her first call in May was back to County Galway, and most recently she has been at Tory Island, off the north-west coast of County Donegal, from where she broadcast together with musicians including bodhrán player Rónán Ó Snodaigh, Connemara balladeer John Beag Ó Flatharta and Sean-Nós singer Gráinne Ní Fhátharta.

Their concert was streamed via Facebook in French, English and Irish Gaelic on 16 June (you can watch it here https://www.facebook.com/pianoceanproject/videos/853412531920909).

Marieke has now arrived into Castlebay, after a transit taking a day and a half from Port Ellen. She hopes to make calls through the Western Isles (weather permitting), with her next online performance planned for 30 June from the islands, before moving on to Skye.

Pictures show Marieke performing aboard her yacht Lady Flow at Tory Island, together with Irish musicians Rónán, John and Gráinne on the hooker American Mór, on 16 June (Pianocean and TG4). 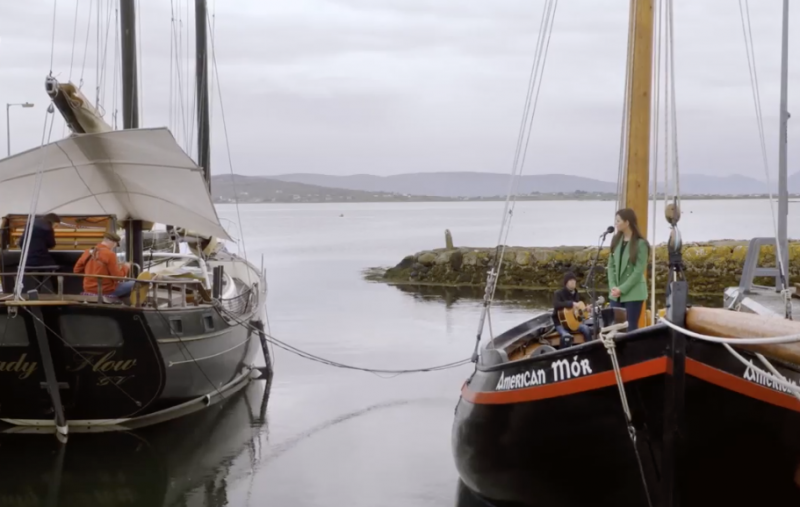 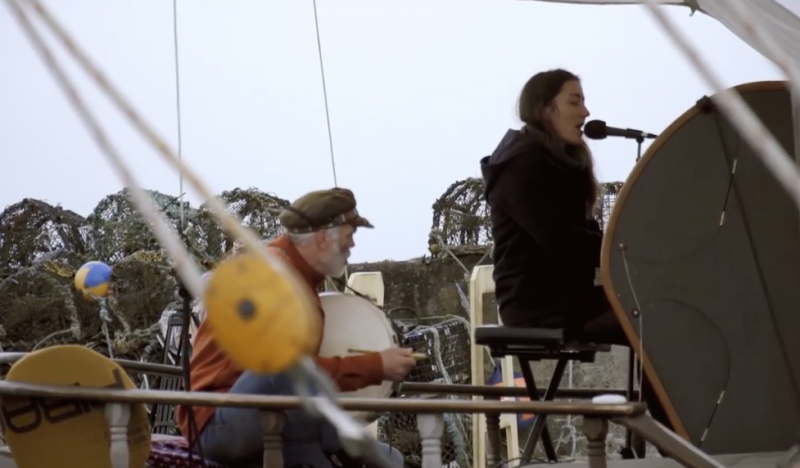