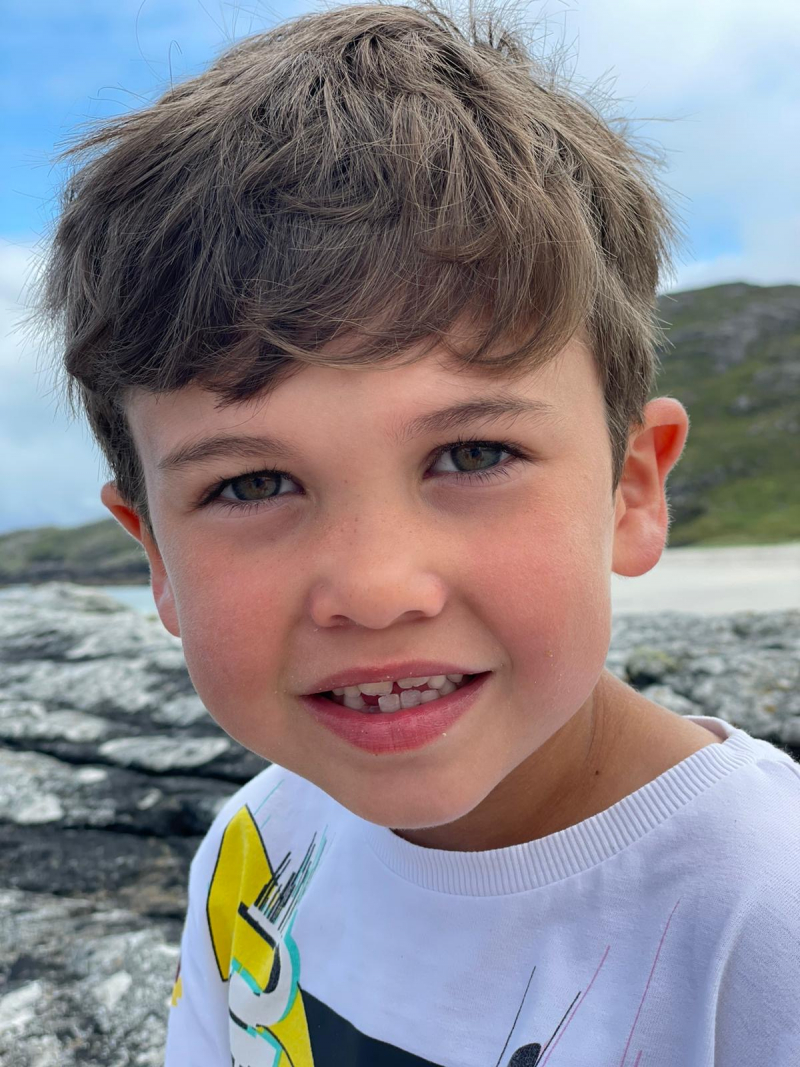 While many island children are spending active time with family during their summer holidays, six-year-old James Taylor has taken his ambitions a hundred miles further.

He’s set out to walk 100 miles during his six-week summer visit home to Barra from Glasgow, and he’s dedicating every mile to children of his own age who are sick and in hospital. 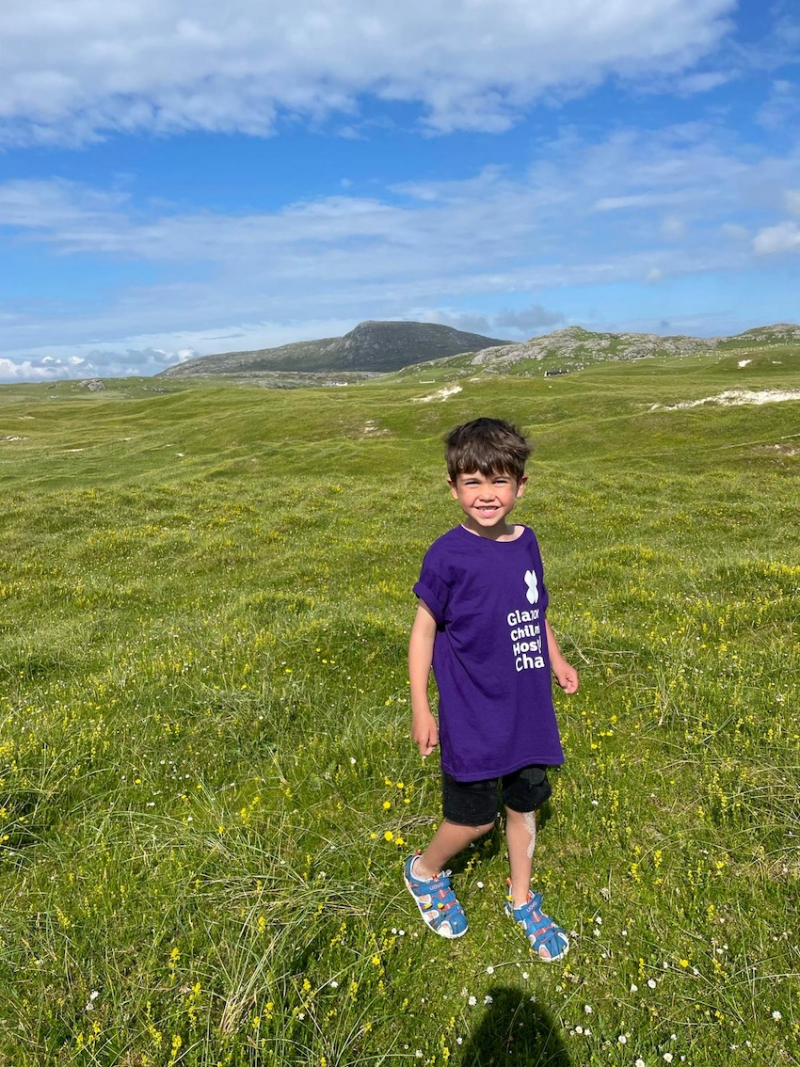 James, who is just starting P3 at Glasgow Gaelic School, announced his desire to raise money for sick children after seeing a feature about Glasgow Children’s Hospital on the television.

Aunt Karen Taylor said: “He just said he wanted to help children his age. At first he thought of having a lemonade stall, but then he settled on the idea of walking 100 miles to raise funds.”

James fundraiser at https://www.justgiving.com/fundraising/karen-taylor135 has taken off well beyond his expectations, giving him a big buzz every morning that he wakes up at the family home in Allasdale.

Karen said: “He thought he might raise £100, but now every morning when he gets up the first thing he asks is ‘how much have we got today?’ And he wants to donate his own pocket money to the total, to get it even higher.”

The reality is that James has already raised £735 from donors all over the islands and in Glasgow – and in terms of miles, he’s almost halfway there, especially after yesterday (Sunday 11 July), which saw him walk an epic 13.4 miles around the whole of Barra.

“He wasn’t even tired at the end,” said Karen. “He danced round some of it and we even had time for an ice-cream and a hot dog in Castlebay.” 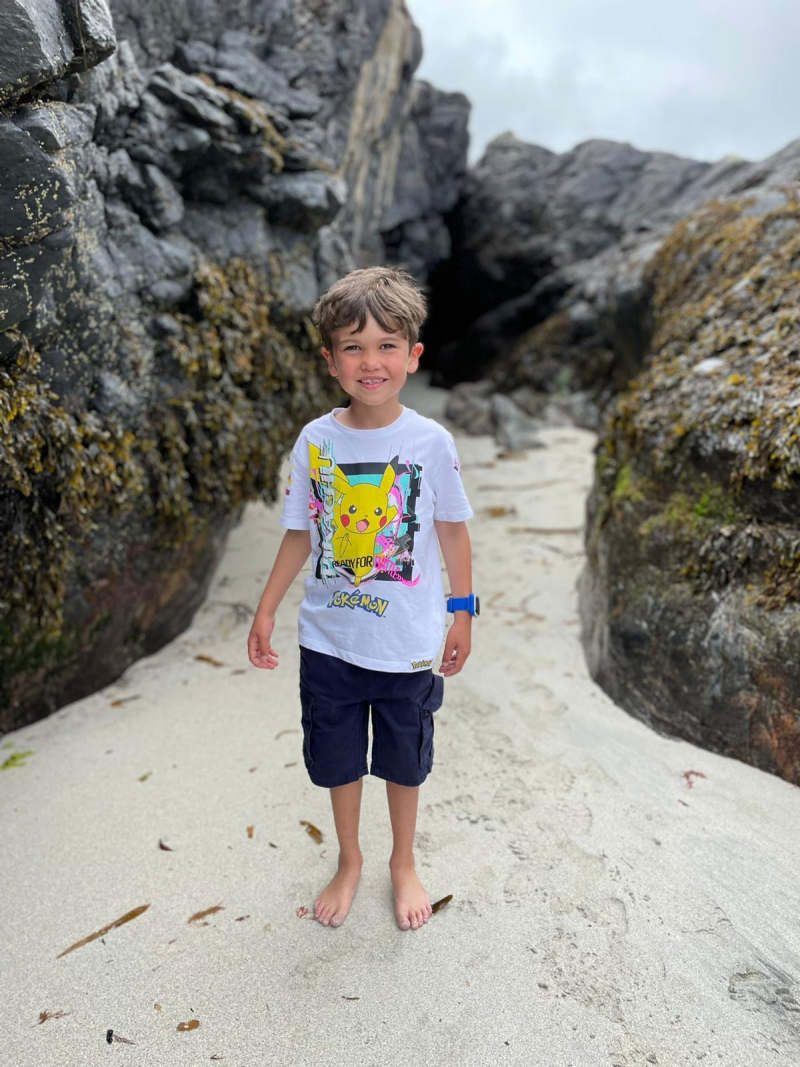 James selects some of the routes himself, deciding on a particular beach or an old house that he wants to go and visit, while mum Michelle suggests the route on other days.

The whole family are enthusiastic walkers, and James has certainly been bitten by the bug.

Karen said: “He likes hills and wants to walk up Heaval, he wants to go to the beach at Tangasdale and, on Wednesday, he and his mum are walking up to the airport to see me off on a couple of days away.

“He is absolutely loving it, enjoying being in the sunshine and being outdoors and playing games along the way. Yesterday we were playing I-spy and doing maths questions along the way. He’s quite some boy!”

The pictures show James during one phase of his hundred-mile walk and with his toes in the sand at the end of a walking day (Taylor family).