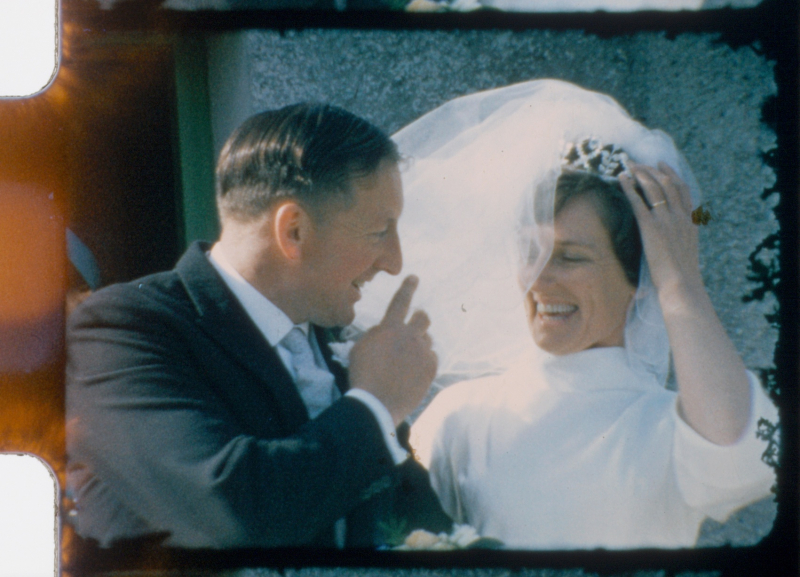 Berneray as it used to be…this was life on the island in the 1960s and 1970s and it actually was, from 8mm films which were originally shot by Bill and Ann Scott during their annual holidays at home, and document many aspects of island life at that time, including sheep shearing on the small islands in the Sound of Harris, the arrival of the coal boat and often repeated scenes of leaving Berneray from the pier.

Hebrides International Film Festival 2021 is delighted to present screenings of a new assembly of rare, archive 8mm films from the island of Berneray.

The original 8mm footage was donated by Berneray's Gloria MacKillop to the Faodail | Found project archive based at Taigh Chearsabhaigh, North Uist, and has been digitised to a superb 4k definition quality by Andy Mackinnon thanks to the most generous donations to the projects recent crowdfunding campaigns.

The festival screenings will feature 30 minutes of extracts from the collection. The donated films contained footage of Gloria’s own wedding in 1968, which she had never seen before.

Andy MacKinnon, curator of the arts programme at Taigh Chearsabhaigh and director of the Uist Film project said: “This is a beautiful collection of films shot on the island of Berneray during what was very much a time of change.

"There was no causeway then, the ferrymen are heavily featured in the film reels, and you see people over the two decades in which the film was shot growing, ageing, and there’s several younger people in the film who are still with us today.

"It has been great to get their reactions, and great to be able to identify lots of people and places in the film as well.”

In terms of why film archives are so important to local communities, Andy said:  “I think moving images are hugely important along with other historical artefacts and documentation - and I would say the more indigenous moving images really give us a window into life at that time and what it was really like. There has been an enormous amount of change, especially in the islands over the latter part of the last century and it is really important to be able to show that, and for people to see from that indigenous perspective, as so many other films tended to romanticise life in the islands.”

Hebrides International Film Festival 2021 is proud to be able to have five showings of the film during this year’s festival, including a very special event at Berneray Community Hall, North Uist (Monday 19th July, 5:30pm) featuring a discussion with Andy MacKinnon, and with live music accompaniment from Kenny John Mackillop on the accordion.

Screenings at An Lanntair, Stornoway, Kinloch Community Hub, Isle of Lewis, Carinish Village Hall, North Uist and in Castlebay Community Centre, Isle of Barra will have a specially created soundtrack from Uist and Benbecula Fiddle and According Club.   Full details at: www.hebfilmfestival.org