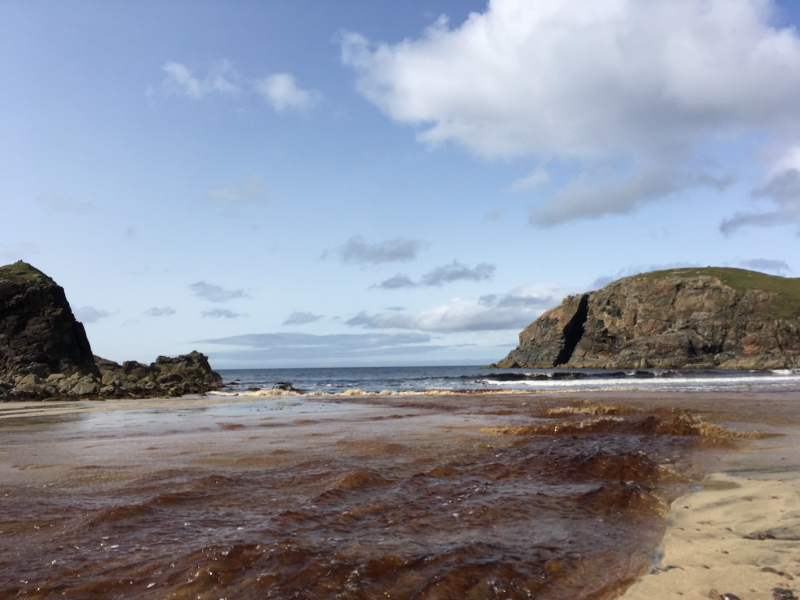 Western Isles police have issued a warning on water safety, after a second incident where a child got into difficulty while in the sea.

Police were called to Dalbeg at 4.24pm yesterday (Monday 12 July) when a bystander saw a child apparently in difficulty in the water.

The child was with a group of two adults and two children visiting the beach, and was recovered from the water by one of the parents. Police checked the welfare of all concerned and no medical attention was required.

It comes after a rescue on Monday last week (5 July) when two young people got into difficulties at Culla Bay in Benbecula.

On that occasion a surfer helped one child to get out of the water and the other made their own way to shore, but all three were then taken to hospital for medical checks.

On Saturday (10 July) HM Coastguard teams from Benbecula and Lochboisdale went to investigate a report of three people in the water at South Ford Causeway, Isle of Uist.

On that occasion the casualties were recovered to a small dinghy and Coastguard teams confirmed all were safe and well and at no point in any danger.

And on Friday (9 July) a person was thought to have entered the water off Northton in the Isle of Harris. Stornoway RNLI and Coastguard teams from Stornoway and Harris attended that incident, as did search and rescue helicopter R948, but the person was discovered not to have gone into the water.

In a tweet issued this morning (Tuesday 13 July) Western Isles police said: “This week there have been two separate incidents in the Western Isles where children have got into difficulty in the water. Please take care around water and be aware of the risks.”

HM Coastguard – Western Isles, Skye and Lochaber area also posted a reminder about water safety this afternoon. They said: “If you have an emergency at the beach, dial 999 and ask for the Coastguard. If you get in trouble in the water, float to live.

“If you fall into the water, fight your instincts to swim until cold water shock has passed. The depth of the water may hide underwater ledges, hidden currents and unseen items.

“Be aware of other water activities that may pose a threat to you. If it is safe to enter the water, ensure you have a safe way out. If you are at the coast have you considered rip currents, offshore winds and the tide? Remember, respect the water.”

The RNLI has a guidance section on their website at https://rnli.org/safety/know-the-risks where people can inform themselves of the right precautions to take before going in, on or beside the sea.