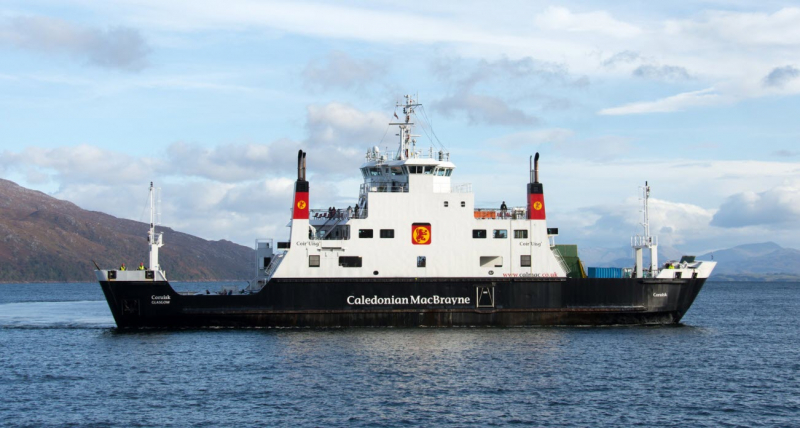 Ferries erupted back on to the political agenda at national level as yet another CalMac service was suspended - between Oban and Craignure on the Isle of Mull - with its ferry, MV Coruisk, out of action because of a fault.

And the issue of the social distancing agreements in place on CalMac ferries is being raised again.

As Scotland moves to Level zero on July 19, and physical distance requirements will reduce from 2m to 1m in indoor public places, Isles MP Angus B MacNeil is calling for urgent changes to be made to increase ferry capacity.

Mr MacNeil said: “Our ferries are a lifeline service and steps must be taken now to increase capacity.

“Surely, as physical distancing requirements are being reduced on July 19, this will allow CalMac to increase capacity on our ferries.

The Mull and Iona ferry Committee said: “Public transport is returning to normality elsewhere in the country, and planes are filled to 100%. But still, our largest ferries are carrying a fraction of their capacity. We have no alternative means of getting to and from the island, and this is impacting on every aspect of island life and economy.

"Just when we should be trading our way to recovery from Covid 19, our economic lifeblood – tourists – cannot get here because of CalMac’s carrying capacity. “

Earlier Ms Sturgeon had attempted to allay concerns surrounding ferry services with reassurances that a new ferry was on its way and that island residents were able to access the lifeline service on an emergency turn-up-and-go basis.

Mrs Grant said: “The First Minister talked about Short notice places and turn up and go places on ferries, but I’ve yet to find anyone who’s been able to access these, indeed people have contacted me saying they’ve tried to access them but they have been told that no such accommodation exists.”

Mrs Grant stressed to the First Minister that “Ferries to the Western Isles and Argyll islands are at a third of capacity and that coupled with the constant breakdowns is preventing people travelling and that’s causing both personal and economic hardship.

“One additional ferry will really not cut it. Can I ask therefore that the first Minister looks at how capacity can be substantially increased safely and also ensure that the mitigations that should be in place are indeed in place for local people.”

Ms Sturgeon reiterated her earlier comments and insisted that Scottish Government was in discussions with ferry operators via Transport Scotland to find a way to balance Covid-19 safety measures and improving capacity.

Of the Coruisk crisis, Highlands and Islands MSP Donald Cameron said: “The SNP Government only have themselves to blame for this latest disastrous development affecting one of our island communities.

“Ministers have been repeatedly warned about our ageing ferry fleet and the risk to lifeline services in the event of breakdowns.

“Frankly this amounts to a failure in their duty of care to our most fragile rural communities which are totally dependent on a resilient and reliable ferry service.”

“It is utterly unforgiveable that it should have happened at the height of the summer season.”

The Mull and Iona Ferry Committee said: "This will bring added pain to islanders, who are already finding it difficult to travel to and from the island due to the high volume of tourist travellers taking up all available spaces.

"In particular, the number of campervans visiting the island has mushroomed this summer. These large vehicles benefit from the same reduced fares as other passenger vehicles, but consume large areas of scarce deck space. Islanders needing to travel with anything less than three week’s notice are finding it very difficult to get a ferry ticket. There have been numerous instances of farmers unable to get stock to market, mourners being unable to attend a funeral, and a patient returning home to the islands had to be brought in by helicopter because there was no space for an ambulance."

Islanders on Mull had hopes of a ferry ‘rescue’ dashed just a week ago, when negotiations to charter the catamaran MV Pentalina broke down. She was planned to work the Oban-Craignure route. Trade unions blocked the deployment, citing safety fears over the privately-run ferry.

Joe Reade, the chair of the Mull and Iona Ferry Committee, said: “The RMT used a trivial certification issue to intimidate Pentland Ferries, who would have been operating the vessel with their own, non-unionised crew. Their cynical and self-interested action directly resulted in a new service for the islands being withdrawn.

"The RMT seem to be more interested in protecting their income from memberships than they are in serving island communities, and now we see the result – another inevitable breakdown, and there is nothing spare in the system to take up the slack.”

Comments from MP Angus B MacNeil have been added since this article was first published.