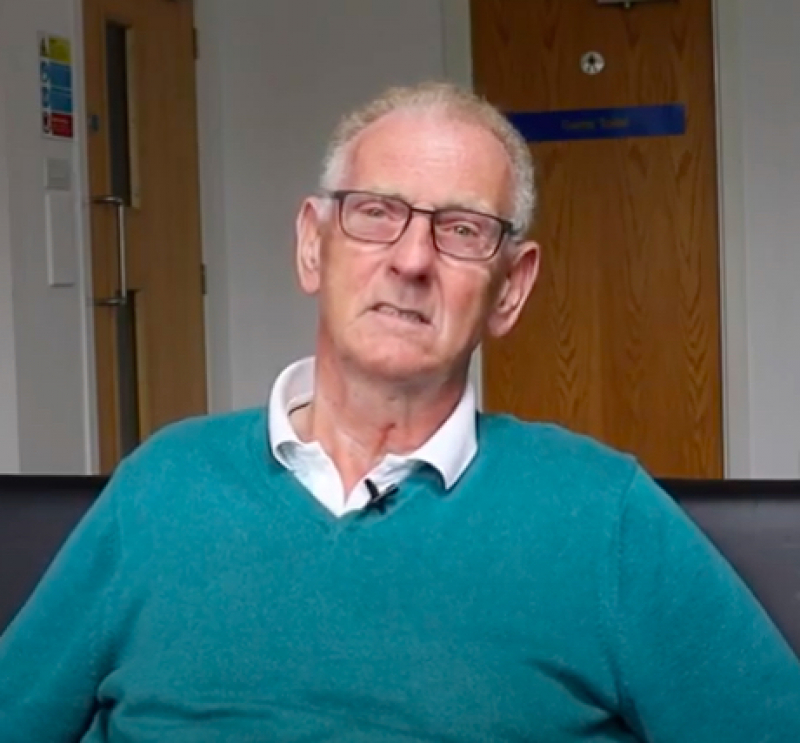 Mr Norman M Macleod, formerly a long-serving councillor on Comhairle nan Eilean Siar and a former chair of the Hebridean Housing Partership, died on Saturday (July 24) after a short illness.

Resident for many years in Eagleton on Point and more recently in Stornoway, Mr Macleod represented the Knock and Bayble ward from 1999. When the enlarged multi-member Sgire An Rubha ward was created, he was elected as one of three representatives for the wider district and served until he stepped down in 2017.

While on CnES he chaired the housing committee, and he was appointed chairman of Hebridean Housing Partnership after he left the Council in 2017. He retired from HHP in August last year amid the pandemic with a board meeting held via Microsoft Teams and none of the normal ceremonies.

At the time, he stated that the work of the Hebridean Housing Partnership – founded in 2006 – had far exceeded original expectations. But it was essential that the commitment to new development and refurbishment continues to make live happier and better for tenants all across the Islands.

Earlier he served on the Northern Joint Police Board as one of the CnES representatives, being elected as the last convener of the board which had responsibility for all policing in the Highlands and Islands until Police Scotland was created in April 2013.

He was employed as the Western Isles manager with Scottish Fuels – and previously BP Fuel Marketing – based at the oil depot in Shell Street, Stornoway.

Mr Macleod was an elder in Stornoway Free Church.  He leaves wife Christine and children Calum Iain and Alasdair.

The funeral will take place tomorrow (Tuesday 27th July) for interment in Aignish cemetery. For those wishing to pay their respects, the funeral cortège will leave from Stornoway Free Church via Kenneth Street, Scotland Street, and Matheson Road at 2pm.  There will be collections in aid of Hebridean Men's Cancer Group and Macmillan Nurses. Family flowers only. A live stream of the service is available via Stornoway Free Church Youtube channel at 1.30pm.

We were all sorry to hear on Saturday of the passing away of our former Chairman, Norman M Macleod. Norman retired as our Chair in September 2020 but just a few weeks ago we invited him to the opening of the first phase of the new homes at Sinclair Avenue as he played a large part in the project becoming a reality. Norman was involved with HHP right from the beginning as one of the shadow board members.

As a local Councillor he was committed to making things better for the community he served and he brought the same drive and passion to HHP.

Iain Macmillan our current Chair said: “Norman’s positive outlook and good humour, along with his commitment to serving the community, made it a pleasure to work with him. He contributed significantly to the success of HHP in its first 15 years and his impact and legacy are substantial. His family are in our thoughts and prayers as they come to terms with their loss”

Dena Macleod, Chief Executive said, ”He was a larger-than-life character who wore his heart on his sleeve, he took great delight in teasing people and checking if they had any connections with his beloved Point!! I will miss his banter and support.

"He challenged and encouraged us to do the best for our customers and was never shy to say “Well done”, “Thank you”, or “Sorry”. Part of his legacy will be the new homes built throughout the islands but the greater part will be the many lives made a little better because of something he did for them. It feels like a very bright and vibrant light in our community has gone out but his impact will linger and be treasured in our hearts.

"We extend our sincere sympathies to his wife Christine, his sons Calum Iain and Alasdair and their families. We assure them of our prayers at this sore time. We will miss him in so many ways.

(10.53 The tribute from HHP has been added since this tribute was first posted)

Councillor MacDonald, said: “Norman was a Member of Comhairle nan Eilean Siar representing the Knock and Bayble and Sgìre an Rubha ward from 1999 to 2017 and served as the Chairman of Housing, and Environment and Protective Services Committees in addition to his role as the first island-based Convener of the Northern Joint Police Board.

"He went on to serve the community as Chairman of the board of Hebridean Housing Partnership. He was an effective and insightful councillor who was respected by his peers and a good friend to many. He made a significant contribution to our community.”

“Our thoughts are with all those who knew Norman and particularly his wife, Christine, the extended family, colleagues and friends.”

The Comhairle flag at the Sandwick Road offices is flying at half-mast.