Who would ever have imagined that Scalpay school newsletters from the 1970s would turn up as part of a vast book collection as far away as Aylesbury, Buckinghamshire?

A deep love of the Scottish islands and a passion for the obscure were brought together in a collection that took a lifetime to amass – and brought much excitement to island-based bookseller, Kenny Macleod.

Kenny, who owns and runs Hebridean Books from his home in Ness, heard that there was a vast collection of Scottish books for sale in England and, after Covid restrictions allowed, he set off to investigate.  The trip was 1297 miles collectively, the furthest Kenny has ever travelled to source books – and it was well worth it!

Kenny, who began collecting football books when he was 14 and started his own bookselling business in 2013, now specialises in buying and selling Scottish books.  “I deal with what I’m personally interested in,” he explains.  “Books about the Scottish Highlands and Islands, Gaelic books and, of course, sporting books! 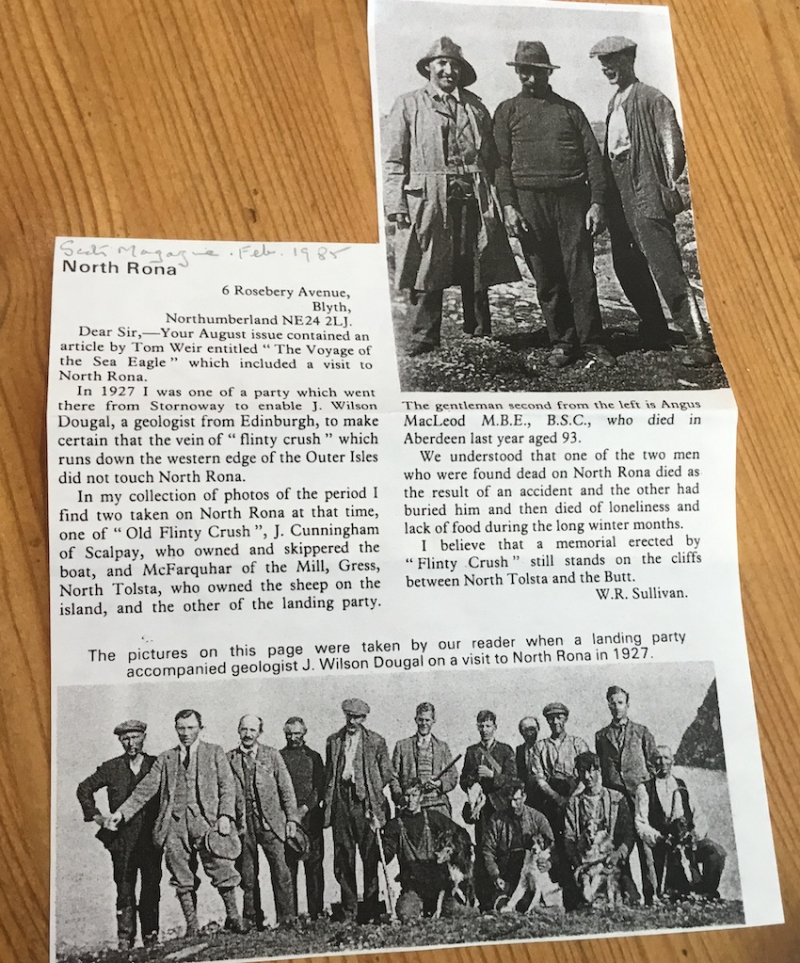 The collection belonged to retired bookseller and collector, David Wilson.  “Some of the books in his collection were unbelievable,” Kenny reveals.  “You wonder how someone in England, with no connection to Scotland, could have heard about and sourced them all.  The house was full of books, from floor to ceiling!

“One exciting book was one called Island Memories by John Wilson Dougal – it’s a very rare book about the islands in the 1920s.  Tucked inside this book was a letter to David Wilson from someone in Northumberland.  The person wrote to say his neighbour was in North Rona in 1927 with John Wilson Dougal and the neighbour never knew there had been a book written about the trip – but two of his photographs were used in the book!”

The extensive collection also included a series of fascinating glimpses into the past in the form of school newsletters.  Kenny reveals: “I was the last person at the house and when I locked the doors, I looked down and saw a pile of stuff that was going to the tip the following day.  Amongst them, I noticed a wee box and inside was a Scalpay School newsletter from 1973 and a whole pile of A4 publications from all different islands!  I’m absolutely baffled by how he came to hear of some of these things.

“I couldn’t be happier with my haul – a lot of the books are signed, as well, which means they will sell really well.  I estimate it will take a couple of years to sell them all, but it’s been amazing to go through them.”

Kenny will keep his precious collection in the 32ft container he purchased last year.  “I also release my catalogues online so anyone who wishes can see what I have in stock and make a purchase.”

To access the catalogue, check www.welovestornoway.com or contact Kenny at This email address is being protected from spambots. You need JavaScript enabled to view it. or on 07810 448911 and let his books take you on a virtual trip round the islands from the comfort of your armchair!