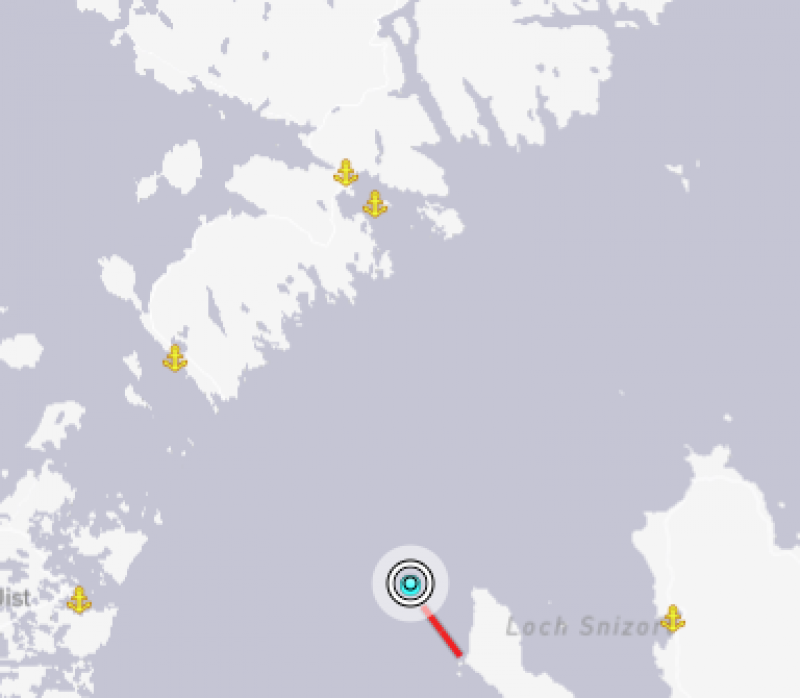 Lewis and Harris have been without a connection to the main power grid since 16 October last year, when the subsea cable between Skye and the islands failed without warning and due to an unknown cause.

Since then, all the islands’ power requirements have been met by on-island diesel-fired generation from diesel-fired power stations at Battery Point and Arnish, together with additional generation equipment brought in especially for the purpose.

In a statement issued today (Tuesday) Scottish and Southern Electricity Networks (SSEN) Distribution confirmed it had commenced its core work programme to replace the submarine electricity distribution cable between Skye and Harris.

The cable replacement project, which received marine licence approval from Marine Scotland on 23 July, sees the installation of a new 33 kilovolt cable from Ardmore, Skye to Beacravik, Harris.

The subsea work is being undertaken by principal contractor Global Offshore, using the specialist cable-laying vessel the Maersk Connector, which successfully completed a pre-installation cable survey from Skye towards Harris on Friday.

Following completion of boulder removal on the cable route over the weekend, cable laying operations from Skye towards Harris have now started, alongside preparatory works to connect the new cable to the existing network at each shore-end.

Subject to suitable weather and tidal conditions, SSEN remains on track to connect and energise the new cable by the end of August, restoring the network to normal operation and removing restrictions on electricity generation export from Lewis and Harris.

Yesterday the first yards of the new 33kv cable were laid and this lunchtime (12.30pm) Maersk Connector was working with dive vessel Equinox and the logistical support vessel Celtic Trader alongside her.

The cost of the installation project is put at £16 million and the cable is 500mm2 three core XLPE conductor, encased and protected with a double layer of 6mm steel wire armour. 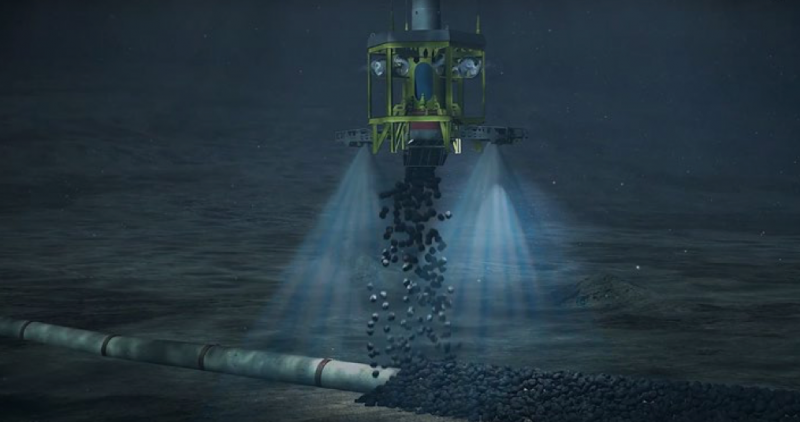 The majority of the length of the line (64%) will be buried, but where the power line has to run through boulder fields, rock placement is to be used to protecting the cable from potential damage including over-trawling by fishing vessels.

SSEN directors are briefing CnES executives on the work now under way. A spokesperson for SSEN said: “During the fault period, Battery Point and Arnish Power Stations on Lewis have been running at full-duty operation to ensure a safe, secure and reliable supply of electricity to homes and businesses. These stations will return to back-up operation following energisation of the new cable.”

Pictures show the cable-laying vessel Maersk Connector (Maersk Supply Service) and her current position (Marinetraffic.com), the landing point at Beacravik and a visualisation of the rock placement underwater (Intertek).