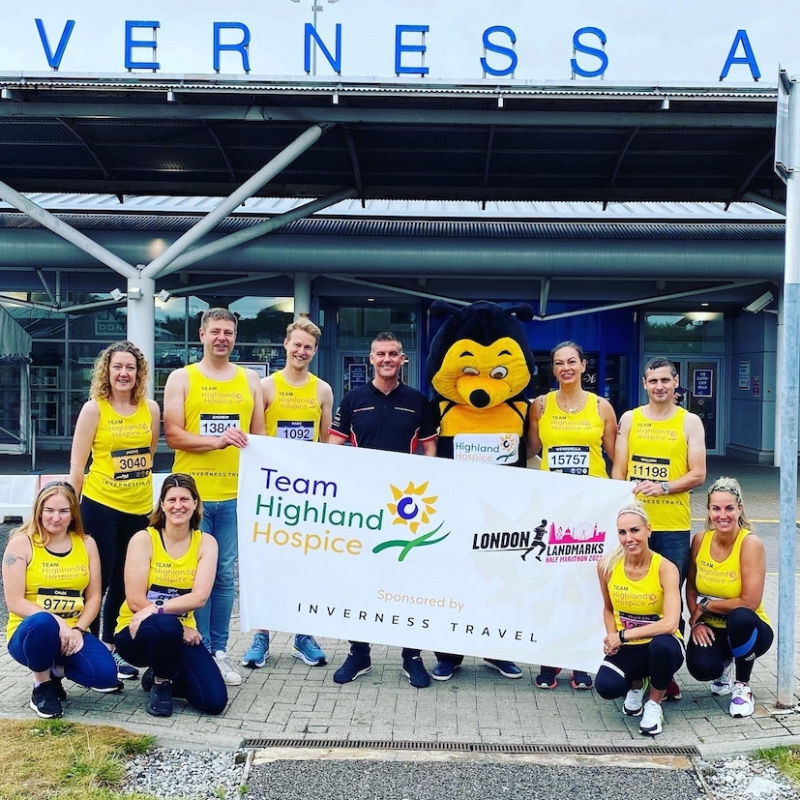 Andrew Morgan from Doune Carloway was one of nine runners to complete the London Landmarks Half Marathon on Sunday 1 August in aid of Highland Hospice.

The event was attended by 12,500 runners and was the first large scale running event since the lifting of Covid restrictions.

The runners were joined by Scott Murray from Inverness Travel who generously sponsored the their participation covering flights, accommodation and providing an itinerary for the entire weekend.

Collectively, ‘Team Highland Hospice’ has raised over £8200 for the charity by completing the 13.1 mile event which goes through Westminster and London City passing all of London’s key landmarks.

Andrew has been clocking the training mileage through his membership of Lewis running club ‘Isle Jog’ which meets in Stornoway every Tuesday and Thursday, and was one of the furthest-travelled participants to attend the event.

Mr Morgan said, “This was an incredible challenge – there was a tremendous atmosphere at the event with cheer stations all the way around.”

“It was my sister Wendy who works for Highland Hospice in Inverness who signed me up to join the team and I was nervous at first about running such a long distance, but I’m so glad I did it. Our runners were of all abilities - some highly experienced and fast and others, like me, who had never attempted anything like this before.

As soon as each person had finished, they joined the cheer team until everyone had crossed the line.”

“We are delighted to have raised such a great amount, and we are all very grateful to Scott Murray from our sponsor Inverness Travel who kept us right all weekend.”

You can still sponsor Andrew by visiting:  https://www.justgiving.com/fundraising/andrew-morgan58

The team at Inverness Airport ready to travel to London last Saturday morning (Andrew is second from left, back row)