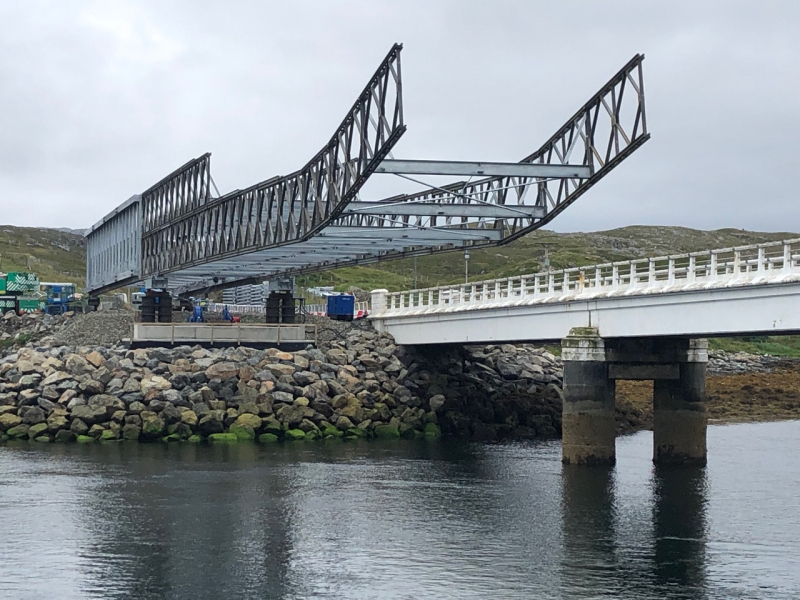 Work is continuing on the new bridge linking the isles of Great Bernera and Lewis.

In April it was said that current estimates indicated that the bridge would be in place in the summer…but so far the bridge is not reaching half way across the strait.

Mabey Bridge, a leading international modular bridging specialist, said on April 22 that it had been selected to design and install the 99-metre span bridge which was expected to be completed in summer 2021. Mabey Bridge’s structure will replace the original bridge found to have deteriorated at inspection in August 2020 and immediately closed to traffic over 7.5 tonnes.

The original Bernera Bridge was built in 1953 and is believed to be the first pre-stressed concrete road bridge in the United Kingdom. 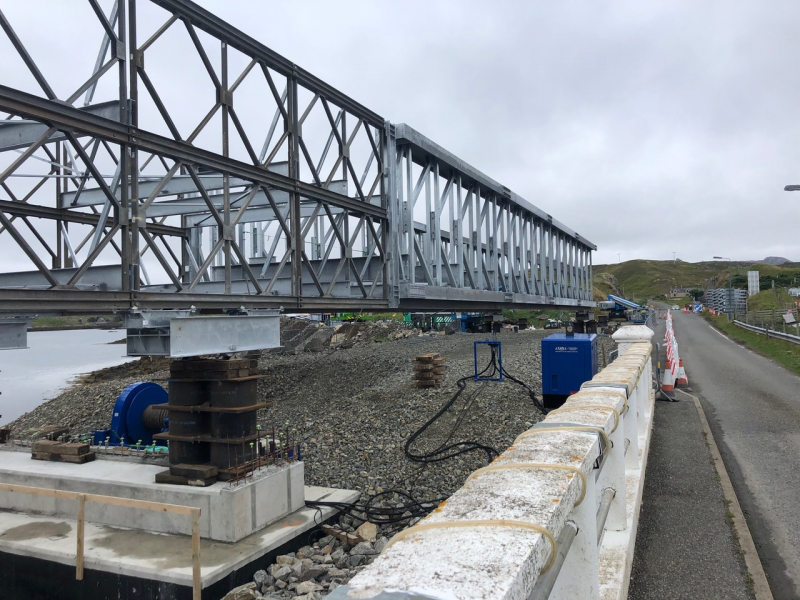 Comhairle nan Eilean Siar ordered Mabey Bridge’s single-span Delta™ bridge to be installed on a permanent basis. It will provide safe access to vehicles up to 44 tonnes across a width of 4.2 metres, including a 1.05 metre pedestrian walkway. Unique among modular steel bridges, the Delta™ is available in clear spans up to 100 metres, which alleviates the need for intermediate piers. The advantage of fewer piers is quicker, easier installation than other construction methods, which is a significant advantage, particularly in time-critical projects such as this. Additionally, with less construction in the water, there is less potential for disturbances or damage to aquatic habitats and local ecology. 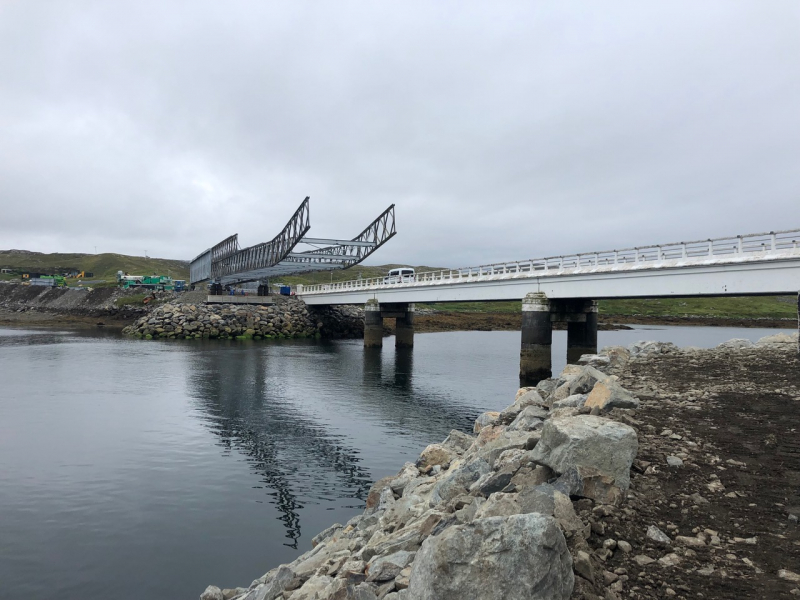 Michael Treacy, CEO Mabey Bridge, said then: “We’re delighted to be supplying the first Delta™ bridge to Scotland, and proud to have been selected to take part in this important project to restore a vital crossing to the benefit of the residents of Great Bernera. The Delta™ is unique in that it offers the longest modular steel span available in the market, making it an ideal high-quality solution for a wide range of applications where speed of installation is crucial.”

In February, the Scottish Government announcement of £32m of funding for local bridges maintenance and the Cabinet Finance Secretary Kate Forbes indicated in the Scottish Parliament that it was intended to help rebuild and maintain key lifeline bridges like the Bernera Bridge. 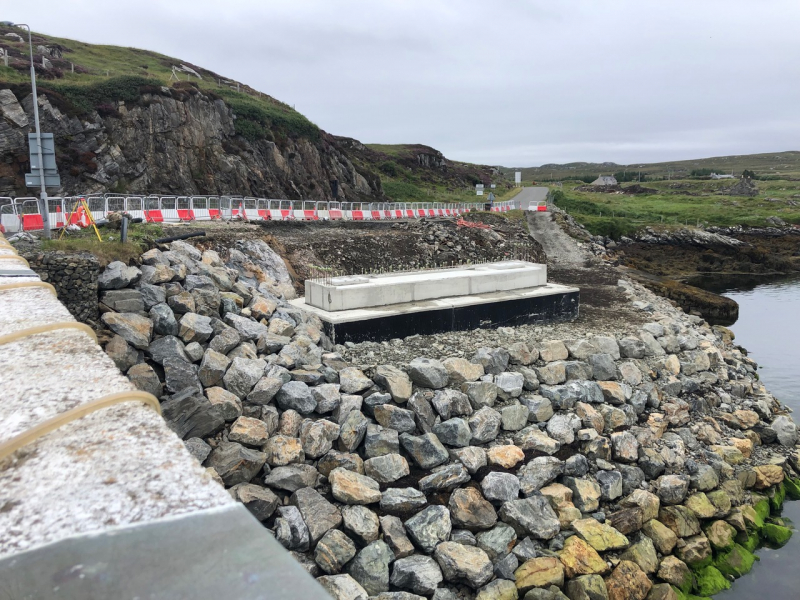 Alasdair Allan MSP commented at the time: “This is very welcome news as Bernera residents are currently facing an untenable situation due to the age and condition of the current lifeline bridge which connects their island to Lewis.

“Comhairle nan Eilean Siar were clear that they required extra funding to rebuild the bridge and this was an argument which I have raised with the Cabinet Secretary in recent weeks.

“I am glad that Kate Forbes has recognised the need for this funding and that she has responded so quickly." 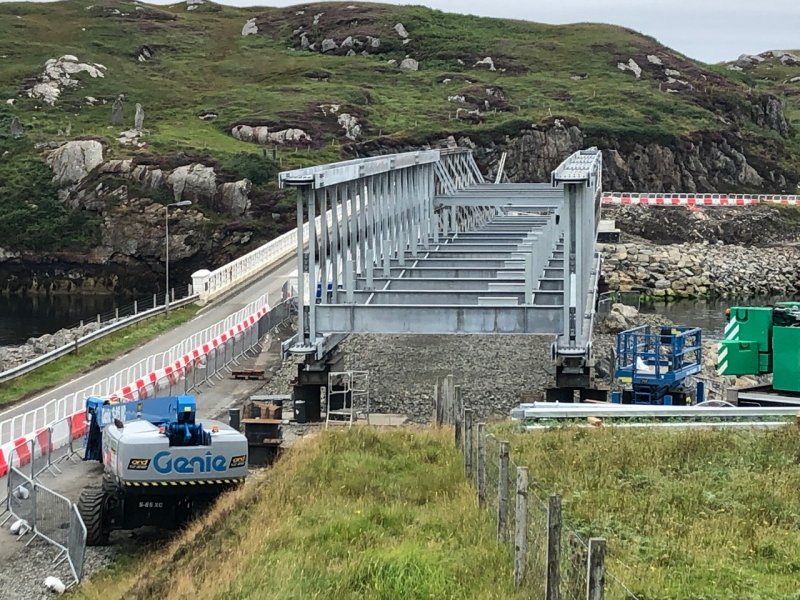 At their meeting in August, councillors had discussed the emerging situation and heard that an interim bridge, running alongside the existing structure, would cost about £500,000 and would have a likely lifespan of 25 years.  They were told that a more substantial replacement bridge – effectively a permanent solution – would cost in the region of £5 million. 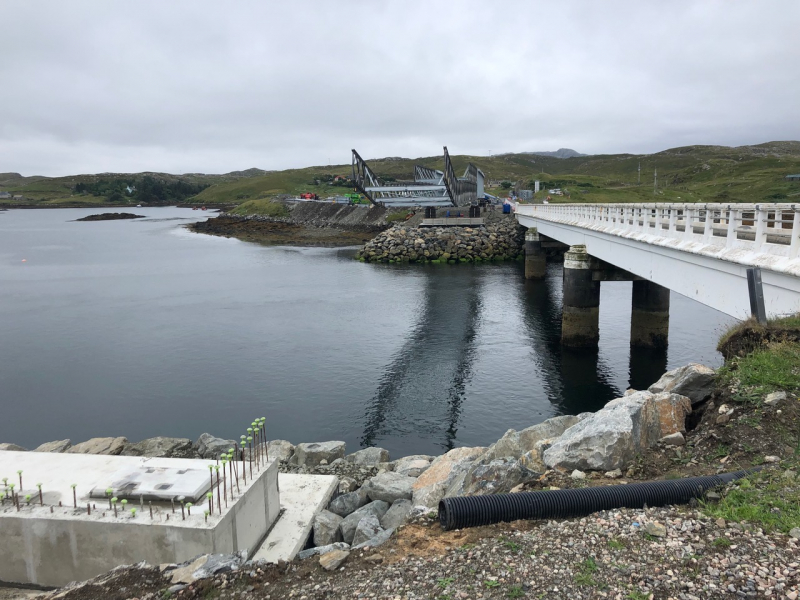 But in September 2020, councillors heard that costs were now estimated at £2m for the immediate solution. At that time it was said that the earliest timescale for completion would be January 2021, with this being extended to April 2021 should the full consultation period for marine licensing be required. 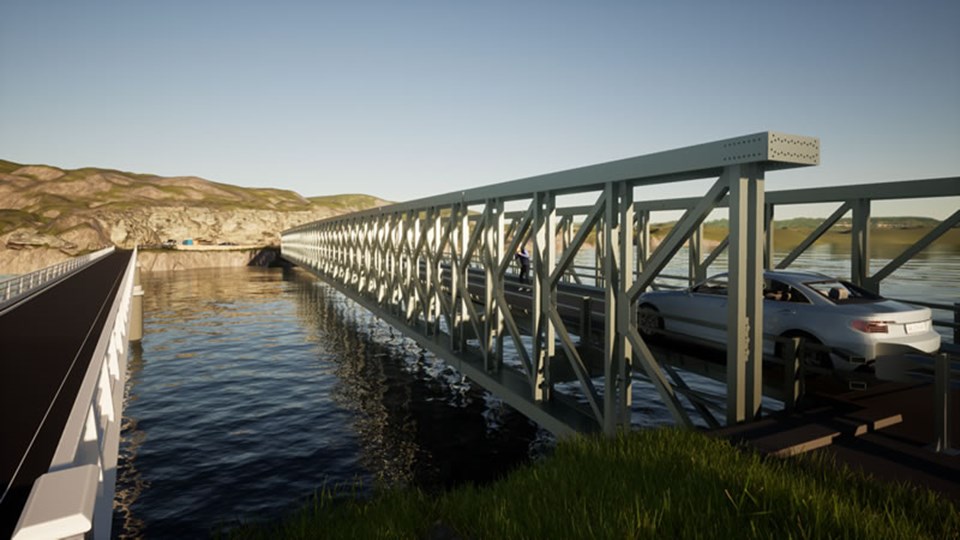 This is an artists impression of the new bridge published earlier, compared to as it looks today. 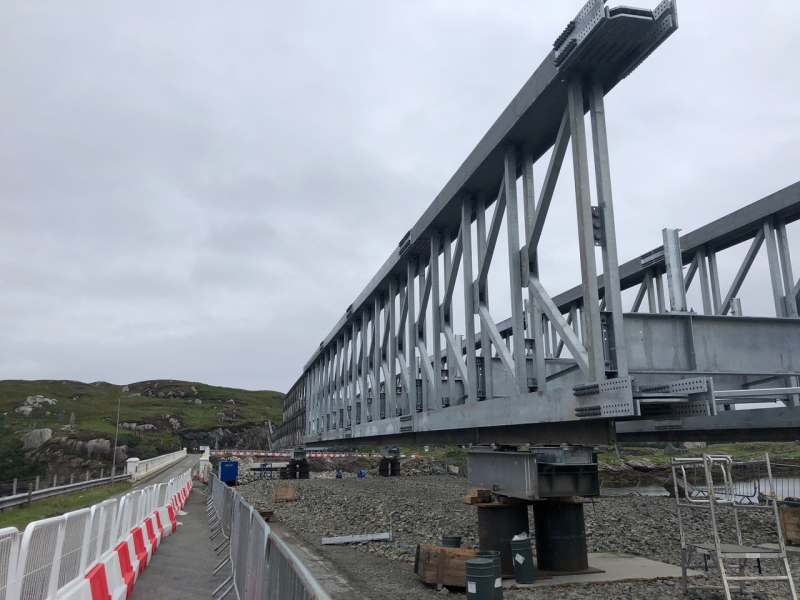