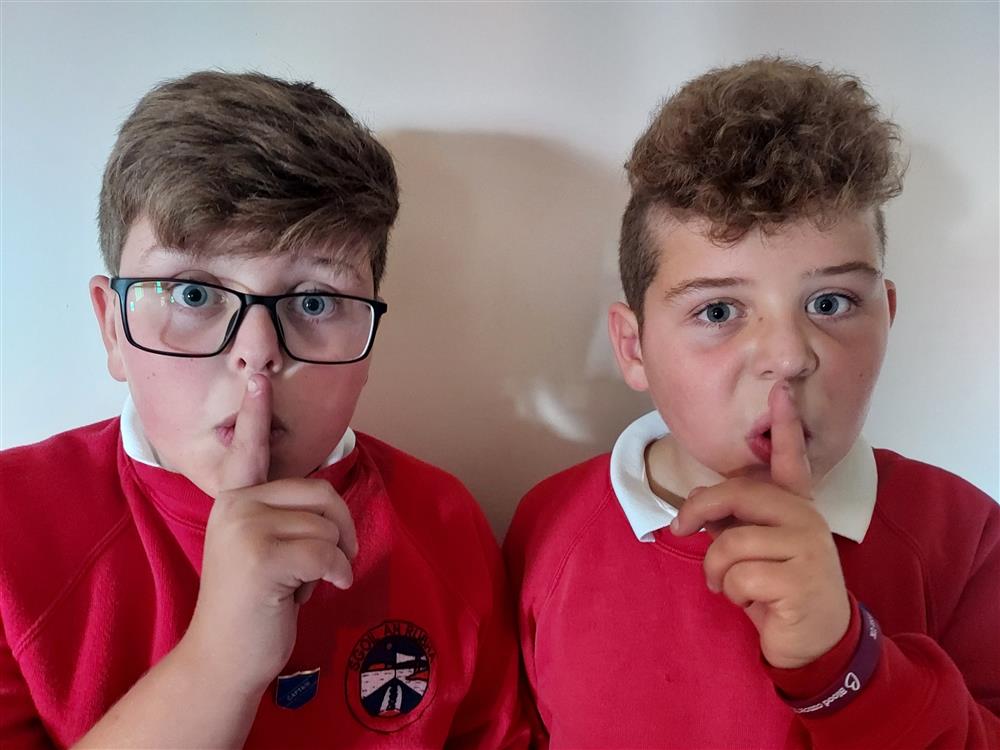 Can James and Sam stay silent?

There are people at Sgoil an Rubha who don’t believe it will be possible – but James and Sam Campbell are planning to stay silent for 120 minutes on Saturday 25 September.

The two brothers from Portvoller, James aged 10 and in P7 and nine-year-old Sam, who is in P5, are leading the way for a Blood Cancer Awareness month challenge running throughout September.

The aim is to choose a 120 challenge which will push you to your limits, in tribute to the 120 people a day who are diagnosed with blood cancer across the UK.

But for James – and especially for Sam – not talking is the hardest thing possible, so mum Jaclyn suggested keeping quiet could be their challenge.

Jaclyn said: “Sam just can’t stop talking at all. Even when we are watching a film he’s asking questions all the way through and he will stop and chat with anybody.

“When I first suggested he could try keeping quiet for 120 minutes he agreed straight away, then he asked whether it was OK to cough or to breathe, and then when I explained to him that if he even said one word he would have to give all the money back and Blood Cancer Awareness wouldn’t get any, he realised how serious it was.

“I know some of the teachers at his school wish it wasn’t on a Saturday as they’d like to be there to witness it! The boys really do want to do something to help, but it is a huge challenge for them.”

James and Sam’s challenge is open for sponsorship at https://www.justgiving.com/fundraising/JamesSam and the new Western Isles group of Blood Cancer UK hope that other people locally will follow their lead and get involved too.

There are other events planned for September, including a raffle to win two nights at a luxury glamping pod. Awareness is slowly growing of the local group, who have a Facebook page at https://www.facebook.com/bloodcancerukwesternisles

Jaclyn said: “We were at Stramash in August and we raised £1,070, which was fantastic, but just as importantly people were asking lots of questions about blood cancer and bone marrow donation too, so we are hopefully raising awareness as we go.”

The picture shows James (left) and Sam preparing to keep quiet for 120 minutes at the end of the month.