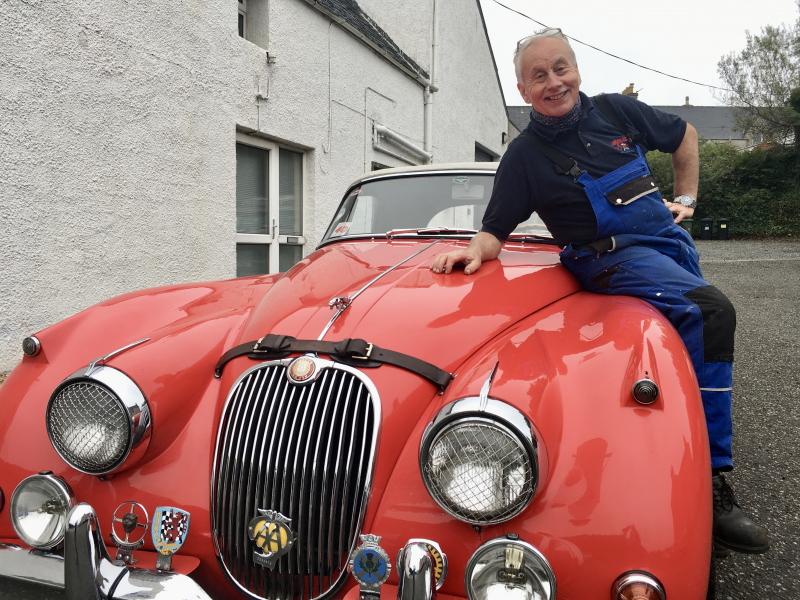 If there’s one thing that men don’t talk enough about, it’s their health, according to retired garage owner Malcolm ‘Kiwi’ Macleod.

But they do talk about their cars, which is why he’s decided to hold an event he’s calling Meet, Greet, Eat and Drive at his former garage on Bayhead on Saturday (18 September) – with a view to letting conversation flow on both those important topics.

Kiwi’s event for Western Isles Classic Car Club will be the last, and only, chance for a proper get-together for classic car owners this year. Apart from a few runs, there’s been no opportunity for a yarn and a look over work done on the cherished vehicles. 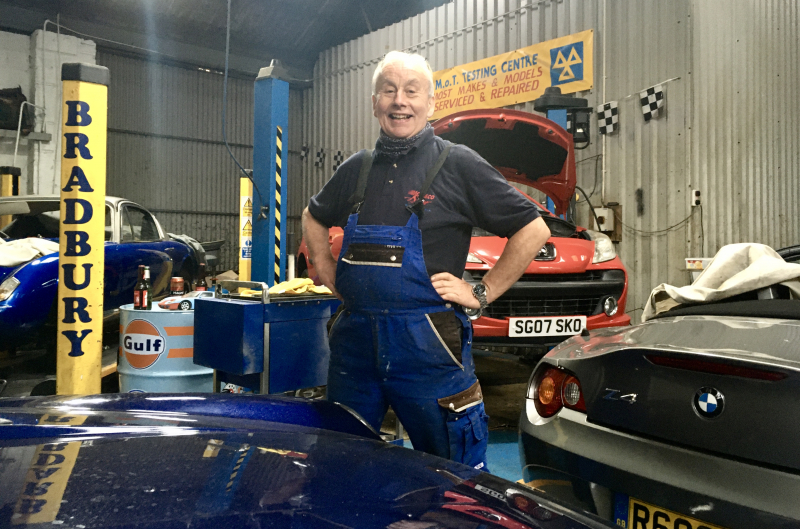 He’s planning a free barbecue with hot drinks, plenty of time for a blether and then a run-out in the classic cars to Tong and Coll.

Money will be collected on the day for Hebridean Men’s Cancer Group and members of that group will also be coming along, since they, too have had time for just one proper meeting in two years.

Kiwi said: “Men don’t like talking about health, and we thought it would be a good way to make guys aware, especially of cancer, which most families have a personal connection to.

“We’re hoping that in a male environment like this, men can talk more freely and that one of the things they will talk about will be health.”

Not that he doesn’t expect some of the women who drive and own classic cars to come along to his yard on Bayhead. Kiwi pays respect to the ladies who will be serving up the barbecue, and to the increasing number of female members of Western Isles Classic Car Club.

On the day’s itinerary will be a barbecue and time to chat from 1-3pm, a run out at 4pm and a return to base, with the event closing around 5.30pm.

Kiwi expects about 30 classic cars to park up in his yard and welcomes anyone who is around town on Saturday and is interested in classics to come in and have a look.

“It’ll just be a very nice way for us all to get together. Neither the classic car club nor the men’s cancer group have been able to meet during the Covid crisis. It’s been very difficult for us to get together.

“People will be putting their cars away for the winter at the end of the month and this is just a chance for us to see each other again, to remember people we have lost over the past two years, and to really talk to each other, with classic cars as the main thing we have in common.”

• Meet, Greet, Eat, Drive is at the old Macleod’s Garage, 14 Bayhead Street, on Saturday 18 September from 1pm. Drivers will be on the road between Stornoway, Tong and Coll between 4 and 5pm.

The pictures show Kiwi in his Bayhead workshop among his treasured classic cars and with his favourite Jaguar XK150.