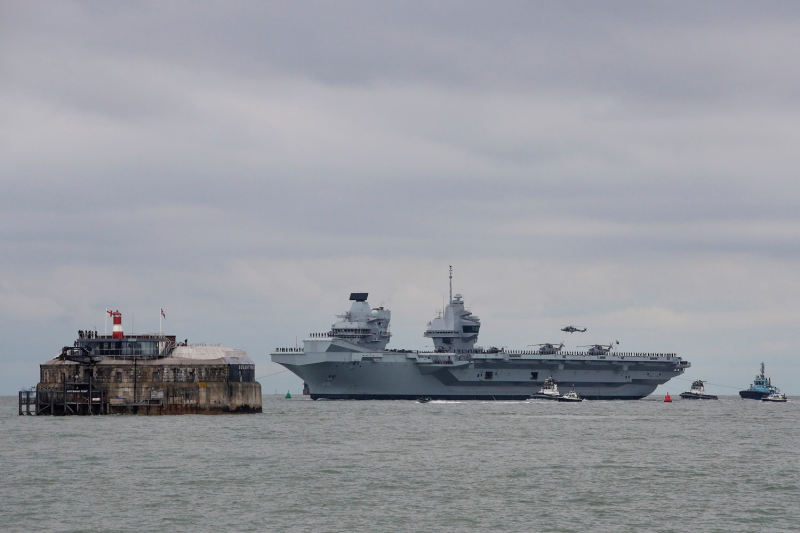 The Royal Navy’s aircraft carrier HMS Prince of Wales is on her way to waters off the Hebrides to take part in the Europe’s largest military exercise for the first time.

The £3bn warship left the Portsmouth naval base recently to take part in Joint Warrior, the twice-yearly event which involves all three British armed forces and forces from other NATO members.

The latest exercise will see HMS Prince of Wales test her F-35B Lightning stealth fighters and four Merlin helicopters – the first time a fast-jet and helicopter air group has operated side-by-side from her deck. 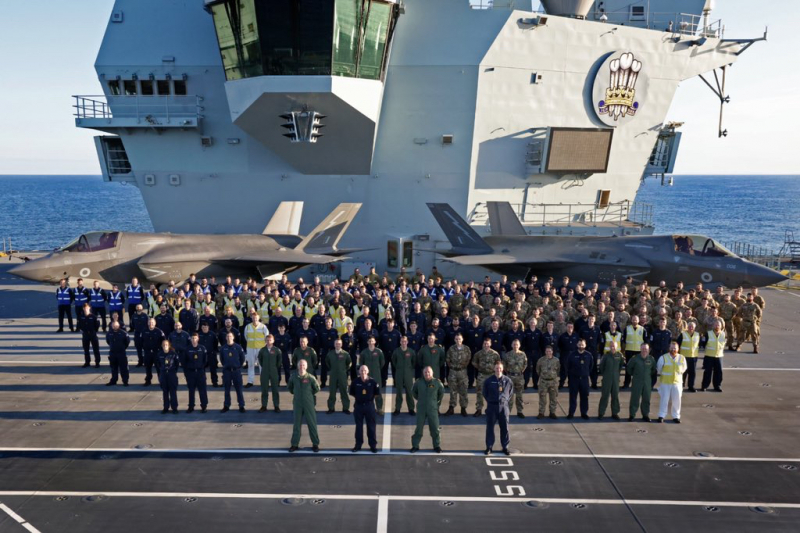 The carrier’s sister ship, HMS Queen Elizabeth, took part in the last Joint Warrior exercise off the Scottish coast in May, joining warships from Canada, Denmark, and the Netherlands.

The aim is to provide a complex environment in which the participants can train together, honing tactics and skills in preparation for deployment as a Combined Joint Task Force.

The Royal Navy, Royal Air Force and British Army are being joined by forces from other NATO nations including Netherlands, Canada, Belgium, Portugal, Spain, France, Norway, Latvia, Germany and USA.

The scenario for each Joint Warrior is designed to reflect contemporary political tensions – such as the War on Terror and the threat posed by ISIS – and to simulate the hostilities that might result from them.

The Royal Navy says that HMS Prince of Wales shifts up a few gears with her first period of concerted training with fifth-generation F-35 Lightning stealth fighters – and her first participation in the largest military exercise in the UK, Joint Warrior.

The first will pave the way for front-line carrier operations, the second will test her ability to work alongside other naval, Air Force and Army assets and broader task group operations. 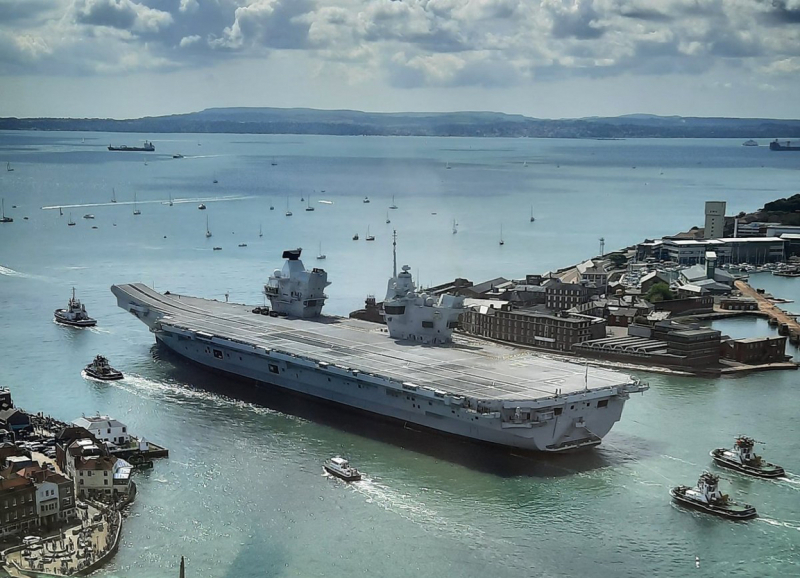 The carrier recently spent a few days at sea shaking off the cobwebs after a few weeks alongside following a busy spring of intensive training around the UK – including the first embarkation of F-35 Lightning stealth fighters – and a debut visit to Gibraltar.

The five days at sea allowed for some flight deck training with a submarine-hunting Merlin helicopter from 814 Naval Air Squadron, and has helped trainee reservist officers experience life aboard, shadowing crew going about their business in every department from the bridge and forecastle to the galley.

HMS Prince of Wales sailed on Sunday from Portsmouth for a more concerted spell at sea, during which she will embark four F-35Bs plus Merlin helicopters – the first time a fast-jet and helicopter air group has operated side-by-side from her deck and a “step change in complexity” for training the handlers who marshal the aircraft on the deck and to and from the hangar, the aviation team in Flying Control who direct all flying operations, and the engineering team which maintains the state-of-the-art aircraft.

The Portsmouth-based carrier has come through her trials and Operational Sea Training, testing the 700 crew on their ability to operate the ship, fight fires, deal with mechanical breakdowns, and deal with everyday problems and issues thrown up when a warship is at sea.

“During our previous period of generation, we were able to test the procedures, equipment and most importantly our people in preparation for future Carrier Strike operations.  Many lessons were learnt and will be taken forward,” said Captain Steve Higham, HMS Prince of Wales’ Commanding Officer.

“Although the Royal Navy wrote the book on carrier aviation, advances in aircraft and equipment means we are always actively learning, and Prince of Wales remains focussed on continually improving and developing capability.”

Large-scale flight deck operations take the ship to the next level – although she’ll be helped through the process by lessons learned while bringing her older sister HMS Queen Elizabeth – currently leading an international task group in the Philippine Sea – into service.

“HMS Prince of Wales and HMS Queen Elizabeth are in constant communication to ensure that any lessons identified by either ship are capitalised upon,” explained Captain Steve Higham, HMS Prince of Wales’ Commanding Officer.

“Both ships’ companies strive to ensure commonality of standard operating procedures for the safe and efficient conduct of aviation at sea, and any changes in Prince of Wales’ approach to generating for operations will be as a result of this continuous collaboration at all levels.”