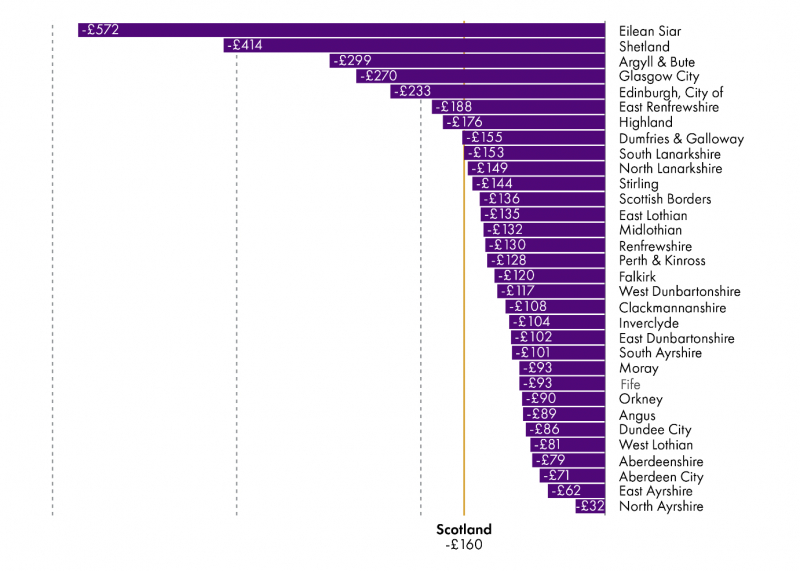 The Scottish Government plans an Islands Bond - offering 100 bonds of up to £50,000 to young people and families to stay in or to move to and Scottish island currently threatened by depopulation – but even if the whole £5m was offered to the Western Isles alone, it would barely dent the total of £30m in spending cutbacks for the Isles since 2011.

That's the view of Councillor Angus McCormack, one of the councillors for Steornabhagh A Deas for Comhairle nan Eilean Siar. He serves on the Education, Sport and Children's Services Committee, Policy and Resources Committee; and Sustainable Development Committee. He also chairs the local Poverty Action Group.

Coucnillor McCormack says: "There is without doubt a need for more funding for the islands, but the Islands Bond is not the way to do it.

"I appreciate that the Islands Secretary, Mairi Gougeon is well intentioned. She recognises that population decline is a serious problem for the islands especially the Western Isles.

"The new Minister will not be aware of the serious neglect of the Western Isles over the years of SNP governance.

"Even if the Secretary were to allocate all of the £5 million which is suggested for the Islands Bond, to the Western Isles, it would be nowhere near enough to repair the damage of years of neglect.

"Over the period 2010 to 2021 the Comhairle has lost 364 FTE employees which means a loss of well over 500 employees. Those left are obliged to seek to provide at least as good a service with a significantly reduced workforce. The real loss of course, is to the ongoing workforce in the Western Isles.

"This drastic loss of jobs leads to depopulation with people leaving to seek jobs elsewhere and we lose their talents and of course, the jobs pool for our young people is significantly reduced.

"I think the Cabinet Secretary for the Islands will require to find a more in-depth solution to the depopulation of the Western Isles than the Islands Bond.

"The Minister will not wish to repeat the mistakes of her predecessors in the sphere of transport, for example, where island knowledge and experience was ignored, leaving us in the parlous situation we are now in.

"There are two other key factors that the Scottish Government must address; one relates to the funding formula, the other to government initiatives. The funding formula has an element in it which funds per head. If you are in a situation of steady depopulation, then funding per head permits that to be a self-fulfilling situation. Depopulation is being fuelled not halted. Surely areas of depopulation should have greater funding to stop the rot?"

"The local authority has no say in that expenditure, but it has to administer the money. Usually these are good projects like the provision of Pre School Education.

"However, the amount of money available to the local authority for its projects and services can be seriously diminished. Last February once Scottish Government projects were allowed for, the Comhairle had only £100,000 left for local projects. No wonder the Comhairle struggles to support local services."