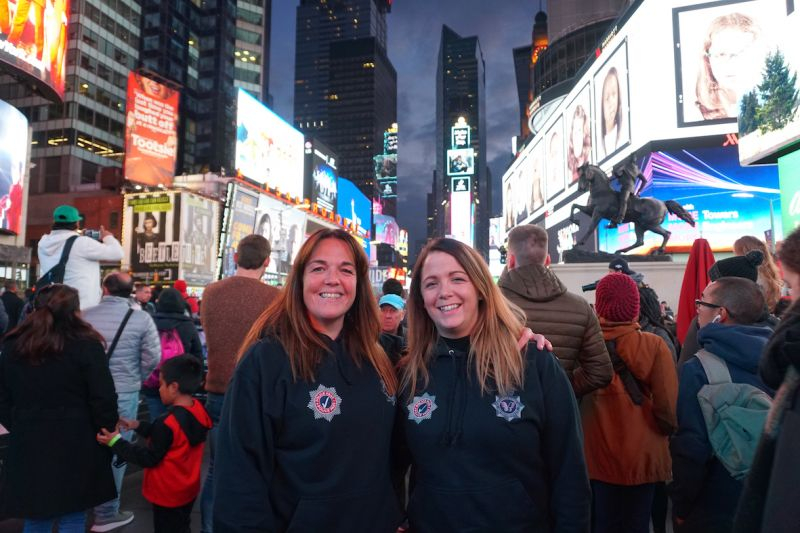 Two Stornoway police officers are to flee the islands today (Thursday 23 September) – heading for the bright lights of Berlin and 26 gruelling miles of running.

Constables Johan Macleod and Fiona Mackenzie of Western Isles police look likely to be the only officers from Police Scotland joining a 37-strong international police force who are running the Berlin Marathon.

Jo confesses the pair are woefully underprepared for the demands of their run, having signed up for it in a flush of enthusiasm after completing the 2019 New York Marathon.

Then, as now, they were running to raise funds for the PC Nicola Hughes Memorial fund, founded in 2013 in memory of a young police officer, one of two shot during a routine call to a burglary in Manchester in 2012.

The fund’s aim is to raise funds for learning and pre-employment skills for children who have suffered the tragic loss of a family member through a violent crime.

Jo said: “I actually remember when Nicola and her colleague Fiona Bone were killed. I had just joined Police Scotland and was at college when we heard the news. I remember standing for a minute’s silence and it seems as if Nicola’s memory has been with me since.

“Her memorial fund was started by Nicola’s father, Bryn, and he will be running with us in Berlin, which is really special.”

Also running with Jo and Fiona will be a posse of NYPD cops and officers from the Calgary police force, all of whom were seized with the excitement of running again after the 2019 New York Marathon.

Jo and Fiona raised £4,000 with that effort, and they signed up for the Berlin marathon on the spot. Then along came Covid and postponement after postponement, so that when it was finally announced that this month’s event is to go ahead on Sunday (26 September), the Stornoway cops had done virtually no training.

Jo said: “It’s all in the mind. Your body is an amazing thing and just because we haven’t trained, doesn’t mean we can’t do it.”

In the spirit of unpreparedness, the Stornoway duo have titled their fundraising page the Stor-No Way Athletes, and are hoping for a late flurry of support at https://uk.virginmoneygiving.com/Team/STORNOWAYATHLETES

“We are honestly as disorganised as we could possibly be,” said Jo.

“There was no confidence the event would even go ahead until six weeks ago. We only set up our fundraising page two weeks ago and we haven’t really done any publicity, or training.

“Coming back, we have to take two PCR tests in two different countries, which is extra expense. I just hope we don’t get put into isolation in Berlin!”

As long as they don’t, the two will be running on Sunday and back in Stornoway next week, with 26 miles under their belts and stories to tell.

The pictures show Jo (left) and Fiona just after finishing the New York marathon in November 2019 and representing Police Scotland in the Olympic torch relay in 2012. 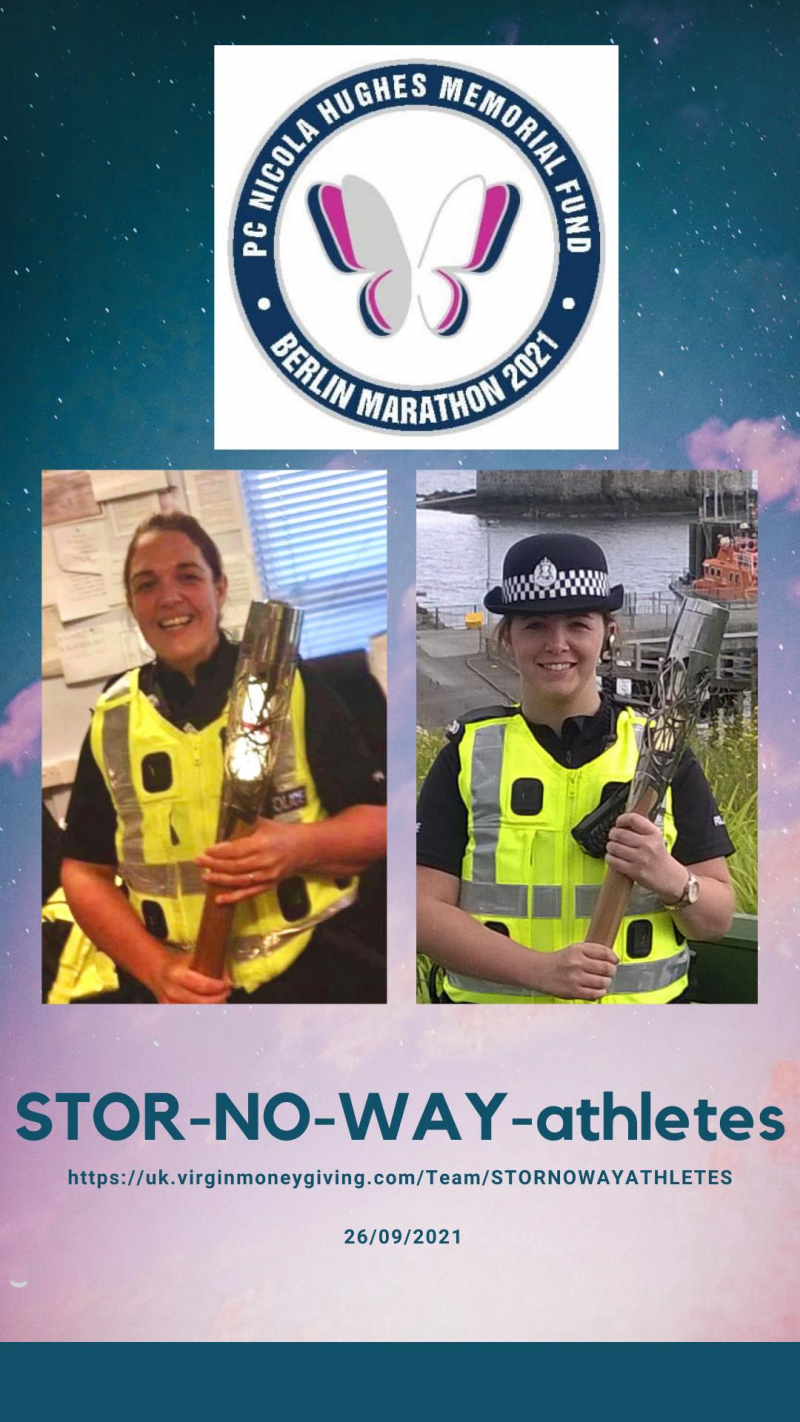