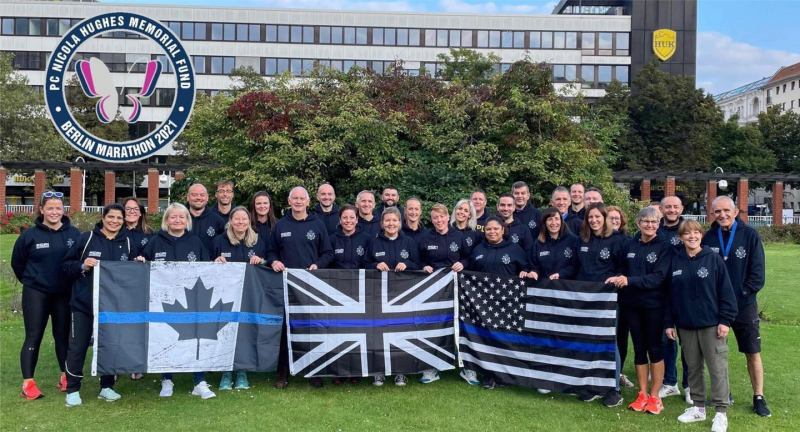 Two Stornoway police officers are on their way home today (Monday 27 September) – having completed the Berlin Marathon against everyone’s expectations, including their own.

It was after that high that they signed up for Berlin, as part of an international squad of police officers including New York and Calgary cops.

All were running the marathon to support the PC Nicola Hughes Memorial Foundation, a charity founded to support children bereaved by violent crime by Nicola’s father Bryn Hughes. His daughter and her colleague Fiona Bone were killed during a routine call in Manchester in 2012.

Stornoway officers Jo and Fiona were the only representatives of Police Scotland, and were proud to join the team on what was, coincidentally, Britain’s National Police Memorial Day. The team stood in tribute to officers lost in the line of duty before they started their run.

For Fiona and Jo, who had named themselves ‘the Stor-no way team’ in recognition of almost complete lack of preparation, a whirlwind trip finished today with a 6am flight from Berlin to get back to Stornoway – tired, sunburnt and elated.

Jo said: “It was so, so hot! 24 degrees and the sun was on us all day. We crossed the finish line, bodies still intact, and had a few hours’ sleep for our wake-up at 2am for the trip home.

“Nicola’s dad Bryn is the reason we do it – he’s amazing. And to be joined by cops from Calgary and NYPD, and by runners from all around the world who all have their own individual reasons why they run, amazing!”

The Stornoway duo have raised £1,120 so far for their cause and you can still donate at https://uk.virginmoneygiving.com/Team/STORNOWAYATHLETES.

Pictures show the international police team just before the Berlin Marathon, together for National Police Memorial Day (Jo and Fiona are back left), and Jo and Fiona with their finishers’ medals after the 26-mile race. 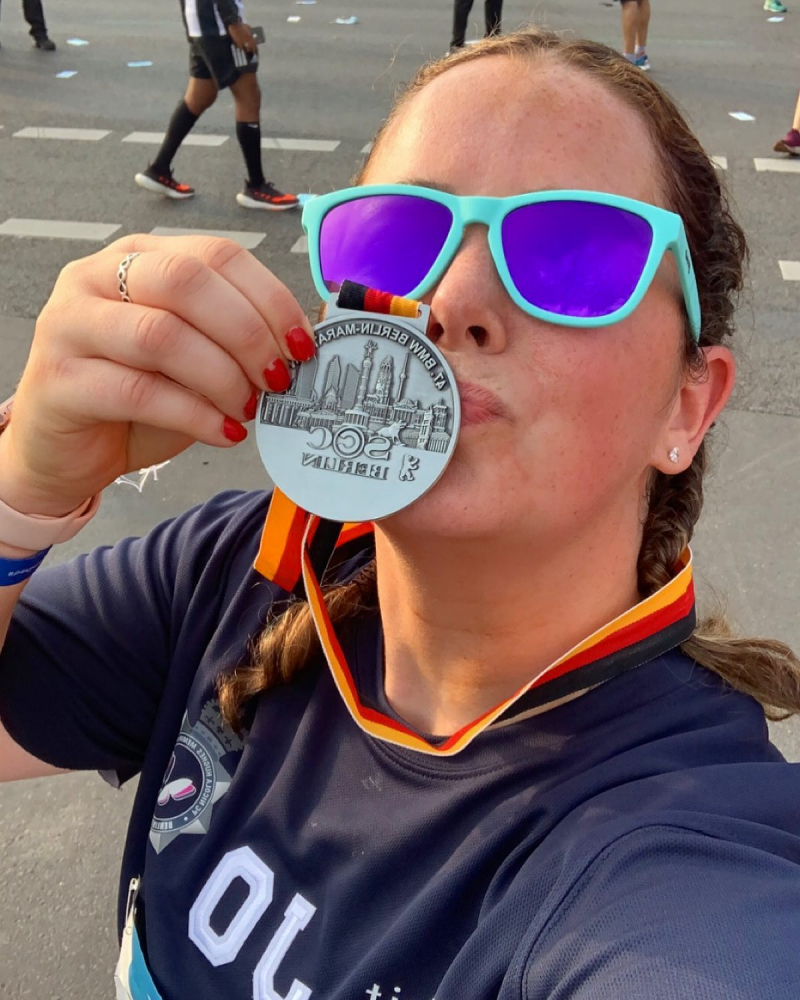 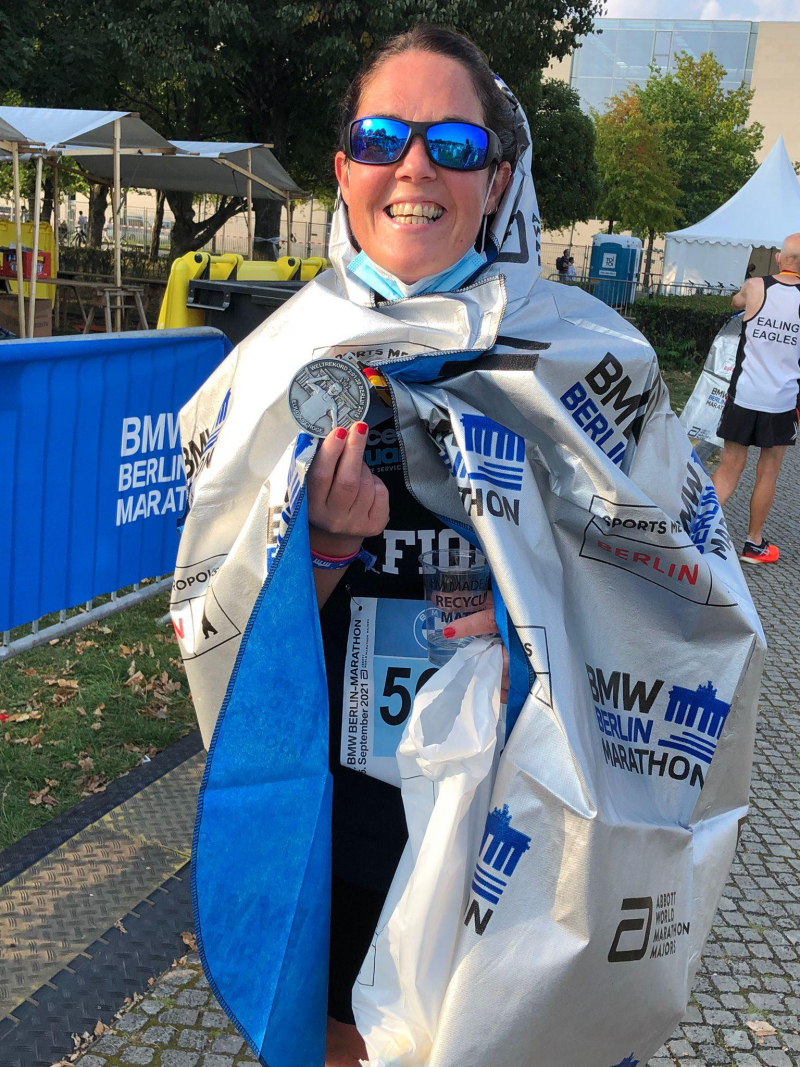