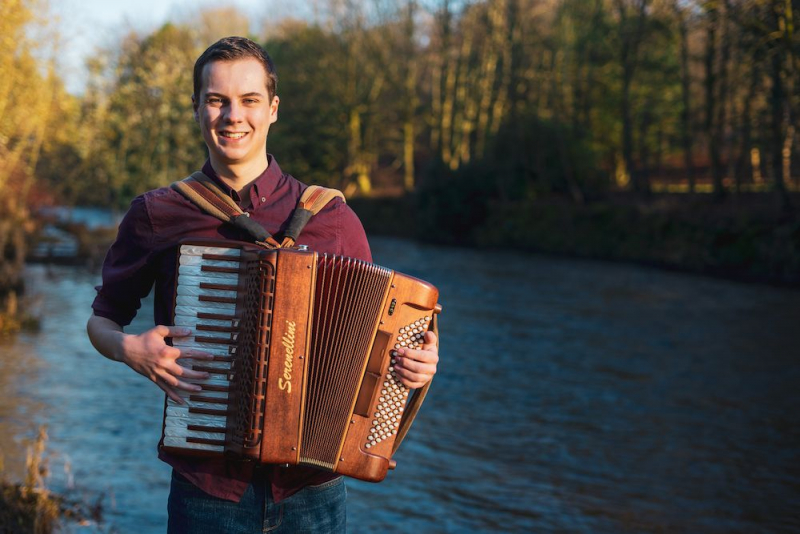 This is the first time the semi-final will have been broadcast simultaneously on TV and radio since the competition’s inception in 2001.

Gaelic broadcaster Joy Dunlop and Travelling Folk’s Bruce MacGregor introduce coverage from the semi-finals, with 12 talented young musicians competing to make it through to the live final. 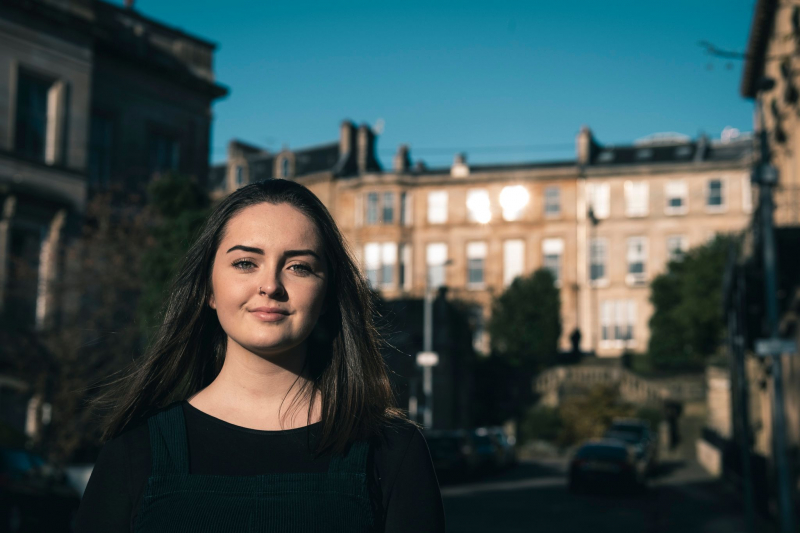 Breanna Wilson
Each semi-finalist will be accompanied by the house band consisting of Mhairi Hall (piano) and Michael Bryant (guitar).

Hailing from across the country, with a diverse background of musical styles and influences, the twelve semi-finalists are:

The final will take place in February as part of the Celtic Connections festival, where the top six semi-finalists will perform live on both BBC Radio Scotland and BBC ALBA.

Simon Thoumire, Creative Director at Hands Up For Trad, who organise the competition, said: “It’s amazing that the semi-finals of the BBC Radio Scotland Young Traditional Musician Award will be simulcast on BBC ALBA and BBC Radio Scotland for the first time.

“We’ve been very lucky to have the Finals broadcast on BBC Radio Scotland and BBC ALBA in the past few years but this is a great opportunity for the young musicians to get their first taste of performing on TV and to be heard by a much wider audience.”

Margaret Cameron, Commissioning Editor and Head of Creative Partnerships at MG ALBA, who operate BBC ALBA in partnership with the BBC, said: “BBC ALBA is delighted to work with BBC Radio Scotland to broadcast the competition semi-final and bring top, fresh talent to our audience -and pave the way for a great live final early in 2022.”

Visit www.bbc.co.uk/youngtrad for more about the competition.

Alasdair MacDonald (Piano Accordion)
Hailing from Poolewe in the Scottish Highlands, Alasdair picked up the accordion when six years old. Growing up, Alasdair attended many Feiseans, National Mods and Ceilidh dances with his box. Alasdair has just graduated from the Royal Conservatoire of Scotland where he spent four years studying on the Traditional Music course.

Breanna Wilson (Fiddle)
Breanna Wilson is a fiddle player from Glasgow. She is currently entering her fourth year at the Royal Conservatoire of Scotland. Breanna grew up playing trad music in Glasgow and has competed at the Fleadh multiple times. Breanna has performed at various festivals such as Celtic Connections, Celtic Colours and IMBOLC and is also an avid composer.

Eric Linklater (Fiddle)
Eric Linklater is a fiddle player from Orkney. Eric first started learning traditional music aged 8 with the Orkney Traditional Music Project, then went on to study fiddle playing with Jennifer Wrigley and joined the Orkney Strathspey and Reel Society when a teenager. Since graduating in Scottish music from the RCS in Glasgow Eric has been back in Orkney pursuing composition and teaching traditional music.

Eryn Rae (Fiddle)
Hailing from the Scottish Borders, Eryn started learning the fiddle at the age of 7 under the tuition of renowned Shetland fiddler, Catriona Macdonald. Now based in Glasgow, Eryn is about to embark on her final year studying Traditional music at the Royal Conservatoire of Scotland.

Isla Ratcliff (fiddle)
Isla Ratcliff is a Scottish fiddle player, singer and composer from Edinburgh. Isla graduated with an MMus Scottish Music degree from the Royal Conservatoire of Scotland in 2020. Isla will soon release her debut album The Castalia, featuring traditional and self-composed tunes inspired by her time in Cape Breton, Nova Scotia in 2019.

Malachy Arnold (Harp (Clarsach) )
A young and innovative Harper from Glasgow, with roots in Irish and Scottish traditional music with heavy influence from a line of harp playing within the family. Coming from a competitive playing background in Ireland whilst recording performing and releasing music in Scotland, sharing new styles, compositions and expressing a new style of Clarsach playing.

Malin Lewis (Highland Bagpipes)
Malin is a piper, fiddler, whistle player and instrument maker from the Isle of Skye. Malin has studied piping at the Royal Conservatoire of Scotland and the Sibelius Academy in Helsinki, Finland.  As well as composing music, Malin also performs on a set of self-made two-octave Smallpipes.

Romy Wymer (Harp/Clarsach)
Romy Wymer is a Glasgow-based harp player and composer originally from the Netherlands. Romy graduated from the Royal Conservatoire of Scotland in 2019 and has since been writing and performing new music inspired by nature, stories and the little things in life.

Ross Miller (Bagpipes)
A World Champion piper, Ross Miller began piping aged 7 and graduated from the Royal Conservatoire of Scotland in 2017. Ross is the official town piper of Linlithgow. His debut album, ‘The Roke”‚ was released in early 2020 and was nominated for Trad Album of the Year at the MG Alba Scots Trad Music Awards.

Scott Figgins (Bagpipes)
Ayrshire-based Scott Figgins is a graduate of the traditional music course at the Royal Conservatoire of Scotland, playing pipes; whistles; and guitar. Scott plays with folk band‚ Eriska‚ as well as in a duo with piper Scott Garden. When not touring or teaching, Scott is a pipe-maker in his spare time.”

Sophie Joint (Piano)
Sophie Joint is a pianist from Glasgow with a background in Scottish and Irish traditional music. Sophie is in her final year at the Royal Conservatoire of Scotland and has won a Danny Kyle Award at Celtic Connections and The Molloy Award at Birmingham Trad Fest. Sophie enjoys composing and arranging in a contemporary style with strong traditional roots and has performed at international festivals including Festival Interceltique de Lorient and Celtic Colours in Canada.