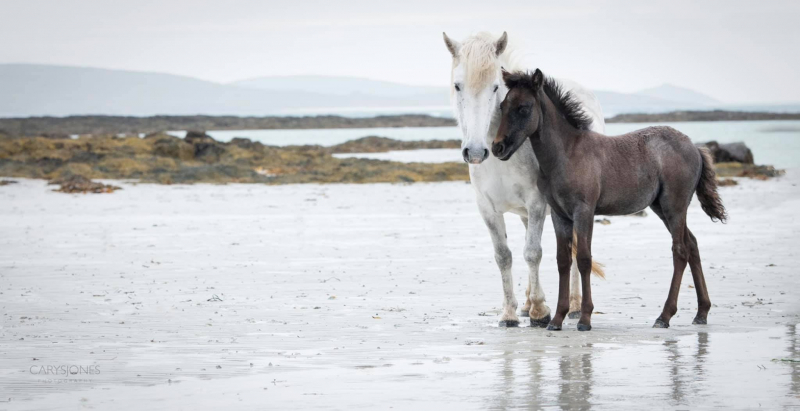 Eriskay islanders are enjoying having the indigenous Eriskay ponies around their neighbourhood once again, with the descent of the herd from the hill, Ben Scrien, to winter grazing nearer the houses.

Traditionally, 1 October is the date when the ponies come off the hill with new foals. The lead mare is led on a halter and the rest of the herd follow down the hill.

They then spend the winter roaming freely in the township, with access to the beaches – and to any gardens where the gates aren’t closed.

But the presence of ponies around the beaches and the township has led to some concern about visitors feeding ponies and approaching them too closely, according to Comann Each nan Eilean, the Eriskay Pony Society, which manages the herd and holds the ancestral studbook defining the breed.

Yesterday (Wednesday 13 October) the society reported that someone had been seen feeding ponies with carrots from a plastic bag, then dropping the bag, which was eaten by a pony.

A society spokesperson said: “We will have to keep a close eye on Polly (the mother of one of this year’s foals) now to make sure she’s OK. Please refrain from feeding them as this is very dangerous and can result in ponies learning bad behaviour.

“The ponies can crowd around you, sometimes they will start fighting with each other to get at the food, so you could get bitten or kicked in the process. There’s always a pecking order in the herd and if you’re caught in the middle it could be very dangerous.

“This also applies to opening car windows and encouraging the ponies to pop their heads in, which also happened today.

“The ponies are adept at foraging the hillside, township, and beaches for all their grazing needs - human food and grass cuttings can have a detrimental effect on their health, at times resulting in death. The owners will feed their own ponies when needed.”

Pictures show the lead mare being brought down from the hill and mares with foals in the village yesterday (Comann Each nan Eilean), and one of the mares with her foal discovering the new experience of the beach (Carys Jones Photography). 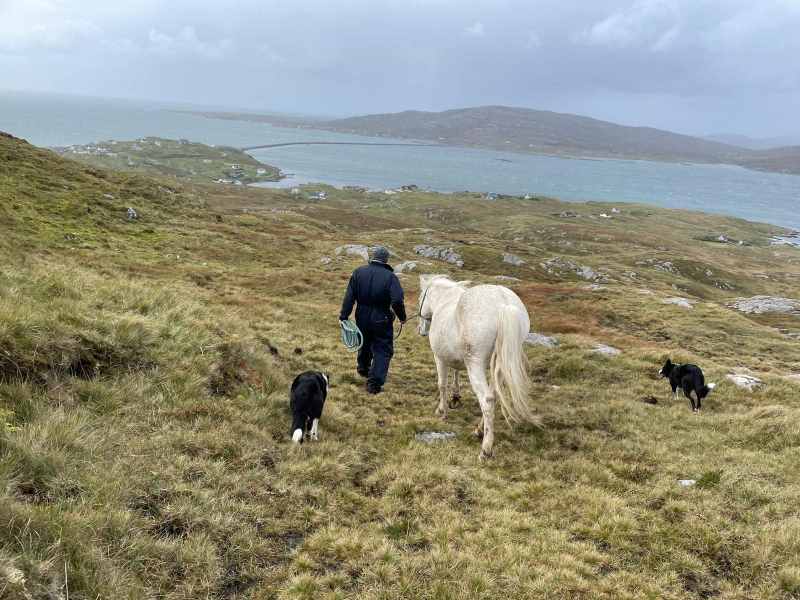 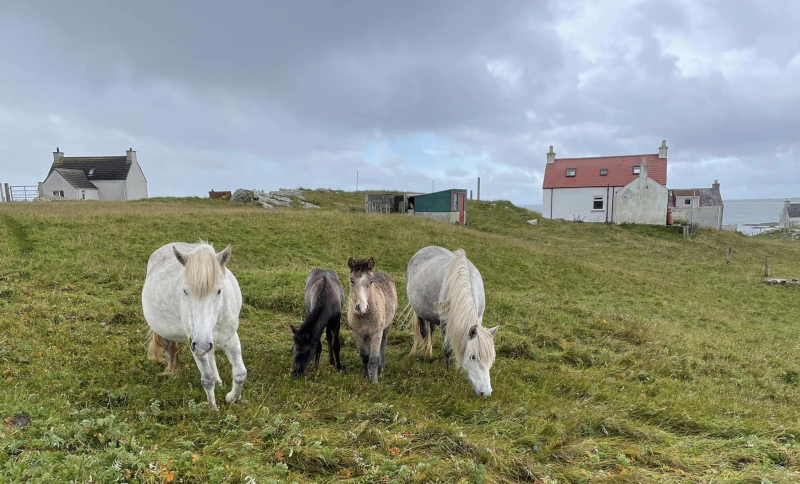