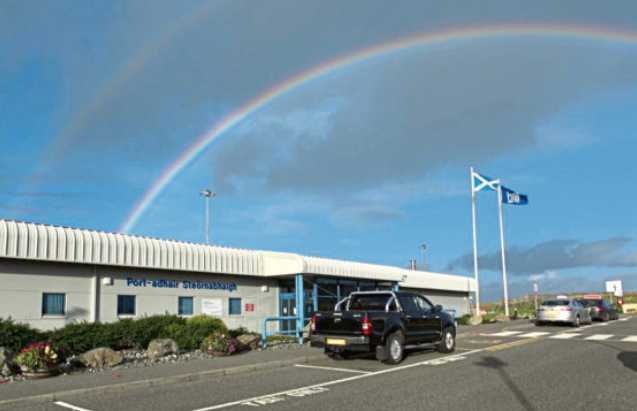 There's been an astonishing breakthrough in the long and bitter dispute between air traffic control staff working for Highlands and Islands Airports Ltd and the publicly-controlled company itself.

The row centres on proposed centralisation of ATC services in Inverness using new technology which had aroused opposition from local communities and authorities throughout the Scottish Islands.

Now HIAL and the Prospect trade union have agreed a framework for discussion to establish a new way forward for the implementation of HIAL’s air traffic management strategy (ATMS).

And in a joint statement with HIAL, Prospect has agreed to suspend all industrial action while these talks continue.

Both parties say they have been engaged in discussions to seek a mutually agreeable approach for the modernisation of air traffic services at HIAL’s airports. They state that talks have been constructive with both HIAL and Prospect agreeing a middle ground to move the discussions forward.

The discussions will focus on:

The parties state that: "This is a considerable process and any proposal as a result will have significant cost, regulatory and governance hurdles to overcome."

Following the announcement today (Monday October 25) of progress in the HIAL talks, Na h-Eileanan an Iar MP, Angus MacNeil said:  "It is good to see that HIAL and the union Prospect are moving towards the right outcome. It was certainly worth defending these airport jobs and I am pleased that political colleagues of all parties, across the Highlands and Islands, joined with myself and Alister Carmichael of Orkney and Shetland, to get the right decision with regards to island jobs.

"I am sure that Scottish Government Ministers will be delighted that the scrutiny from 5 political parties means savings of £2 million for them, each and every year, by keeping the jobs in the islands, rather than centralising in Inverness.  This is the right decision and I congratulate HIAL and the union Prospect, for their work.

"This issue is too important for our communities; we need to maintain island jobs and that has also saved the Government's purse."

Commenting today, Alasdair Allan MSP for the Isles, said: “I am pleased that HIAL have finally shown some willingness to compromise on the ATMS plans they originally proposed, which would have been damaging to the local economies and communities of the Western Isles.

“I hope that this next round of discussions will continue to move in the right direction and that air traffic control jobs at both Stornoway and Benbecula airports can be secured for the long-term. It is essential that jobs continue to be decentralised if we are going to effectively tackle the issue of depopulation in our islands, and I am glad that today’s news brings us a step closer to reaching a solution.”

Inglis Lyon, HIAL’s MD said: “This marks a significant and positive step. We are pleased that Prospect has suspended the industrial action.   This will allow the discussions to move forward without further disruption to our passengers and airlines.

“This compromise will help both parties minimise the impact of the air traffic management programme on our communities and colleagues whilst continuing with key elements of the modernisation programme.

”Our airports provide lifeline and essential services and ensuring a safe and resilient air traffic management system that will future proof our airports remain our priority. The work we will undertake over the next few months will help us meet that objective.

“While there is much work to do before we have a final proposal, we are pleased with the progress that has been made.  It is important that we have the time and space to continue these constructive talks and develop the proposal.”

David Avery, Negotiation Officer for Prospect said:  “We welcome the decision of the HIAL board to work with their staff and communities to find a solution which not only delivers safety improvements but also protects local jobs and services.

“Prospect has always said that it wants to work with HIAL to come up with the best way to improve air traffic control services in the Highlands and Islands. This is a good step forward which we hope will eventually form the template for a safer and more effective ATMS while retaining most of the jobs and skills in remote communities.

“On behalf of members, I would like to thank everyone who has supported Prospect members’ campaign to bring about this new approach to air traffic services across HIAL."

(Comments from the local MP and MSP gave been added since this article was first published.)