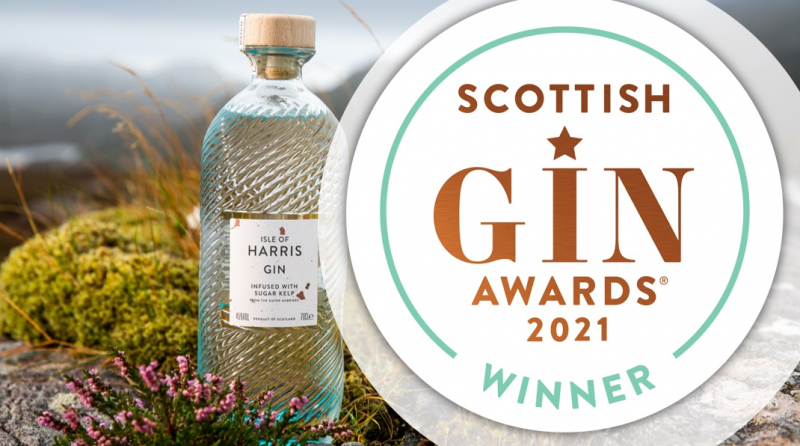 Isle of Harris Distillers won three awards this week at the Scottish Gin Awards 2021, including:

There was a strong Hebridean flavour to the Scottish Gin Distillery of the Year contest.  The other finalists were Isle of Barra Distillers; Isle of Skye Distillers; and the North Uist Distillery Co. 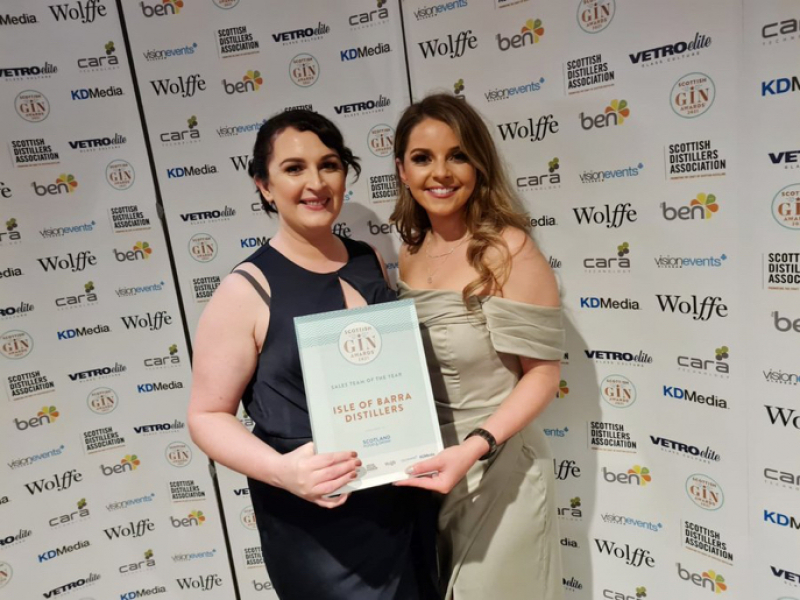 The Scottish Gin Awards were founded in 2016 and is run for the benefit of the Scottish gin sector, with the objective of celebrating and promoting the growing range of high quality gins made in Scotland.

The independent competition is judged by a panel of experts drawn from across the sector, bringing together industry experience and market knowledge to recognise the greatest achievements in the Scottish gin industry.

The 2021 winners were announced at the Scottish Gin Awards dinner and digital event at the DoubleTree by Hilton Hotel Glasgow Central on Wednesday (27 October).

Simon Erlanger, IOHD Managing Director, commented: ‘When we set out to create the first legal distillery on Harris a few years back, it never occurred to us that we would become Scotland’s best gin distillery.

"So, to win this title twice is absolutely incredible, especially in the company of so many great Scottish gins. Our team and the whole island are feeling incredibly proud this morning. Many thanks to KD Media for organising the awards which celebrate the vibrant industry we are part of’.

The award-winning gin is the distillery’s inaugural spirit, distilled in Tarbert in a small copper gin still, known as ‘The Dottach’.

Juniper, Coriander, Angelica Root, Orris Root, Cubebs, Bitter Orange Peel, Liquorice and Cassia Bark all play their role in defining the taste of the gin, but it is Sugar Kelp that marks out this spirit.

Sustainably harvested by a local diver from around the seas of the Outer Hebrides, the Sugar Kelp creates subtle coastal notes. The distillers discard, instead of recycling, the ‘heads’ and ‘tails’ of the spirit run, leaving only the best of the distillate’s ‘heart’ helping to create an exceptional smoothness.

(This article has been updated with additional information and an extra image since first being posted.)