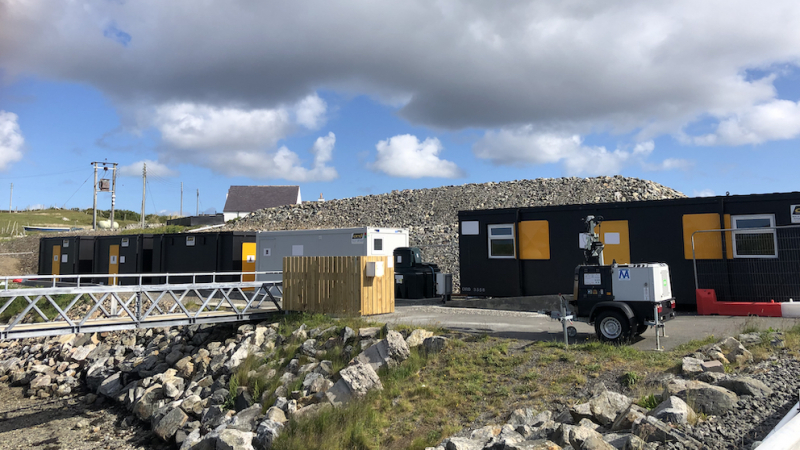 Protests are growing about the apparently inexplicable and unheralded changes to the CalMac ferries timetable between Uig and Tarbert…and between Lochmaddy and Uig.

SNP MSP for Na h-Eileanan an Iar, Alasdair Allan, has today (Wednesday November 3) written to CalMac to raise his concerns over the proposed changes to next year’s summer timetable.

If the proposals go ahead, Tarbert would lose an outbound sailing to Uig on a Saturday as well as an inbound service on a Monday. While Lochmaddy would gain a Saturday morning sailing with the new proposals, this route would lose its overnight Friday sailing and two of its Sunday sailings. CalMac have not yet outlined the reasoning behind the proposed changes.

Both Lochmaddy and Tarbert are having tens of millions of £s spent on them to improve and extend the port facilities.

Organisations representing the Harris community and Hebridean tourism sector have expressed their dismay at the detrimental impact these changes could have on the community and on people travelling to Harris during the summer months, some of whom have already made holiday bookings for next year. The new timetable also doesn’t account for the outages which will be caused by scheduled infrastructure improvements to Uig pier, due to commence from September 2022.

The only public reaction from CalMac has been to the Harris Forum who were told: "Thank you for your email. I have passed your statement to my colleagues in Transport Planning who formulate timetables."

Alasdair Allan said: “These proposals to reduce the number of sailings on certain routes during the summer months are in direct opposition to what we have been calling for, especially over the last year or two – that is to say, additional ferry services to and from the islands to ensure that the needs of both tourists and local residents can be adequately met.

“For people to be given less than a week’s notice to consider the proposals and submit their views is, in my eyes, not long enough. It does not really communicate a desire to fully engage with the local communities in Harris and Uist regarding what would be major changes to CalMac’s summer timetable, particularly as local ferry service users groups seem not to have been directly informed about the proposals.

“CalMac’s staff continue to be under significant pressure, and are doing the best they can given the continued constraints of Covid-19 protocols and restrictions, as well as the usual disruptions brought about by dry dock season. However, to reduce the number of sailings from Tarbert and Lochmaddy to and from Uig next summer would put even more pressure on staff and on the network as a whole, and would be, in my opinion, a big mistake.”

The timetable changes were proposed at the end of last week seemingly without a formal media release, and respondents have been given until tomorrow, Thursday 4 November, to submit their views directly to Fiona Galbraith, CalMac’s Hebrides area operations manager: This email address is being protected from spambots. You need JavaScript enabled to view it..