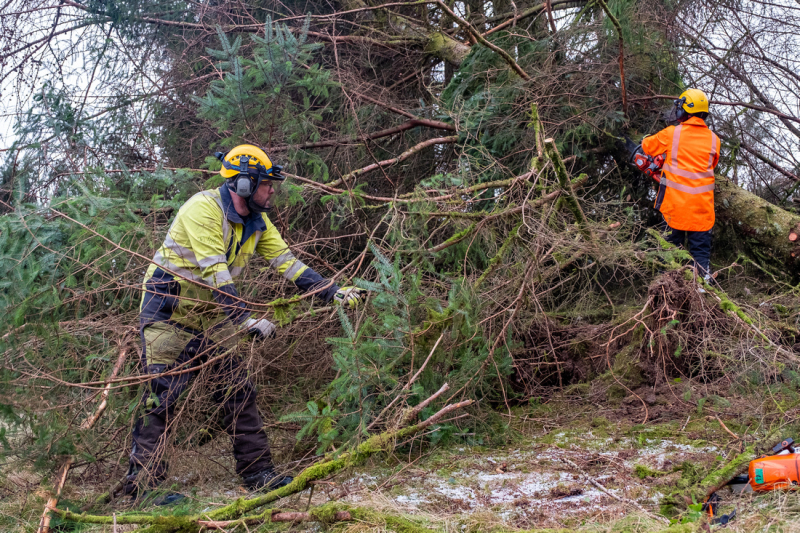 The battle to restore electricity supplies across eastern Scotland in the wake of Storm Arwen continued overnight, with thousands still lacking power for their homes and businesses after almost five days.

SSEN staff have been relocated off the Western Isles to assist with the struggle because Storm Arwen caused lots of windblown damage, lots of trees down, lots of flying debris, roofs off sheds – the majority of the damage is trees that are down on overhead lines.

John Shanks, an SSEN Project Engineer, said: “Conditions have been quite tough - when the storm came in on Friday it was obviously quite extreme and the weather obviously changed a little bit on Sunday.  So, we were dealt with snow where we are and then a lot of black ice on the roads as well.

“We generally would work until about midnight, but if there's an option to restore a few extra customers we will be working on an extra hour or two to do so.  That's what we did last night, and that's what we did the night before. 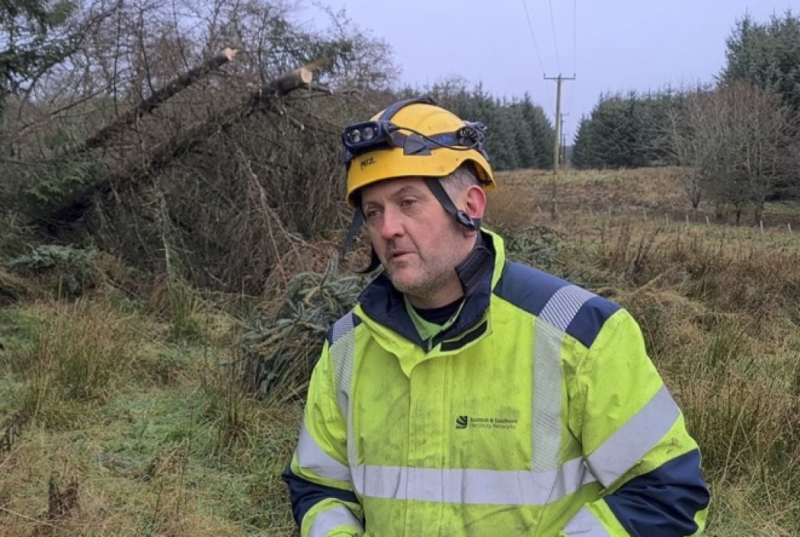 “I haven’t seen so much widespread network damage in my time with the business.  The last time there was anything similar was in Campbeltown in 2013, but that was a very concentrated area – here the faults have been from Inverness to Aberdeen to Perth, spread over a very, very wide area."

Robert Wetherspoon, SSEN Project Manager, said: "It's very challenging - you think you've fixed one fault, try the line back on and it's coming back out, so sometimes you’ve just got to look everywhere for damage - it could be anywhere so just trying to work out what’s actually going on is the first step.  Now that we've started to get some of the lines back in it’s becoming a wee bit easier to narrow down the sections that are faulty.

“It could be anything, a wire down, trees on the line, damage to the insulators, wires sitting on the steel which wouldn’t be immediately obvious - so it could be anything with the amount of debris that's been blown about, you just don't know. So you've got to really, really think and have a good look at what you're what you're dealing with. 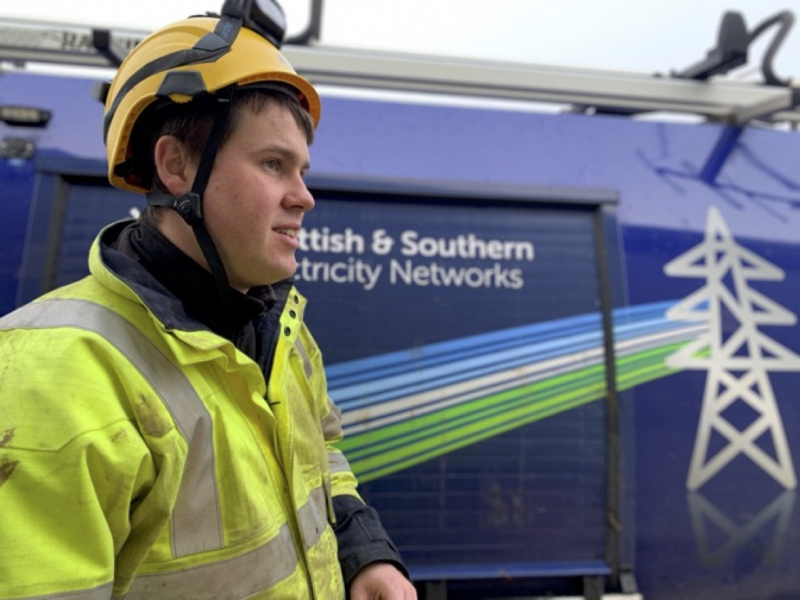 “It’s long hours, but when you speak to the customers and they've maybe been without power for three or four days, they're struggling, out in a remote location, quite rural, young kids, your quite happy to keep working on to get those people restored.”

Further progress in restoring power was achieved throughout yesterday (Tuesday November 30) with an additional 5,500 customers reconnected since 9:30am yesterdaymorning, including the main network supply to the following locations:

SSEN’s teams were continuing to work into the night and are hoping to restore an additional 3,000 customers later this evening and overnight, subject to no new damage being identified or unforeseen challenges with repairs and restorations.

SSEN fully appreciates the challenges being faced by customers who have been off supply since the start of the storm and whilst its teams continue to carry out repairs to damaged electricity infrastructure and restore power to the remaining homes, SSEN is actively encouraging all customers who remain off supply to take advantage of enhanced welfare provisions.

If any customer is without power and is unable to make alternative arrangements to stay with family or a friend, SSEN will reimburse all reasonable costs for alternative accommodation.

Customers can also continue to access SSEN’s welfare facilities for free hot food and drinks, as well as claim the cost of takeaways or meals from local establishments, up to £15 per person.  Other reasonable costs incurred by customers impacted by Storm Arwen will also be considered and customers are asked to retain their receipts in order to obtain reimbursement.

Chris Burchell, SSEN’s Managing Director, said: “The impact of Storm Arwen has caused catastrophic damage to the electricity network across the north east of Scotland and is the most significant event we have ever had to deal with in the area in a generation.

“Whilst our teams continue to make good progress carrying out repairs and restoring power to homes, some customers regrettably face another night without power. Due to the extent of damage and complexity of repairs our teams are dealing with, unfortunately restoration times for more remote and isolated communities will extend to later this week.

“We therefore encourage all customers who remain off supply to consider our welfare provisions, which we hope will go some way to help them deal with what remains an incredibly difficult situation.

“I would also like to extend my heartfelt thanks to our local and national resilience partners and stakeholders - including local community groups and charities, local and national governments and elected members - for their continued support and help in responding to the impacts of Storm Arwen.

“Finally, I would like to pay tribute to our teams of engineers and support staff who continue to work flat out in some of the most challenging conditions we have ever experienced in the region.  Our teams continue to go over and above, working late into the night where it is safe to do so, in harsh conditions, and I know their continued efforts are appreciated by our customers and stakeholders.”

Rest Centres have been established at the following locations and will remain in place until customers in those locations have been restored:

In addition, the following welfare facilities will continue to support customers who remain off supply, providing hot food and drinks from 8am to until 10pm.  Teams from SSEN are using 4X4 vehicles to deliver hot food and drinks to customers in some of the more remote and isolated communities:

Extensive welfare facilities and resilience services are also being provided by the following Local Authorities: