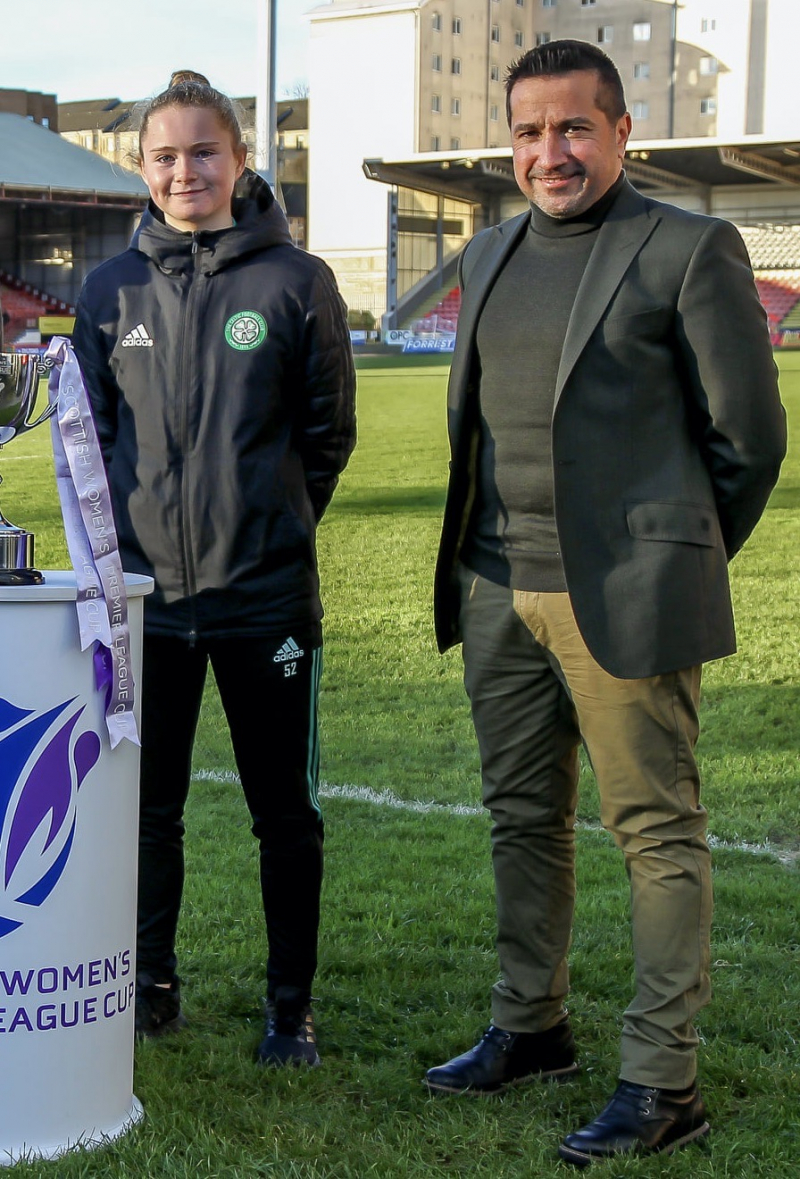 The Ghirls are to face Glasgow City in the showpiece finale at Partick Thistle’s Firhill, kicking off at 4:10pm.

Yesterday (Wednesday 1 December) the Celtic women’s team manager stood shoulder-to-shoulder with former Sir E Scott pupil Rachael, who is expected to be in the starting squad for the high-tension match, at a media briefing event in Glasgow.

Also at the photo-opp was Glasgow City’s Hayley Lauder, who is likely to be one of Rachael’s match challenges. Striker Hayley is an experienced player and a prolific goal-scorer.

Manager Alonso admitted today (Thursday) that he and his squad are on tenterhooks ahead of the match.

In a media release issued by Celtic FC this morning he said: “We can’t wait. This has been the longest week of the season and we just want Sunday to come.

“It would mean the world to win it. For me personally it’s probably the trophy I want to win most in my whole career for several reasons, one being how unlucky we as a team have been with lockdown and everything that has happened

“So to win our first trophy together would be so, so special, but also because I know how tough it is for a very, very young squad to meet the demands we put on them.

“We push them very hard and they react so well, so I think they deserve these rewards. I hope we’re good enough on the day and can give it a go and win it. Nobody wants to miss out, so they are working very hard and are very, very focused.”

"Already being in the final is a massive achievement and it’s all about getting the experience together and if we manage to win, then that would be an unbelievable feeling.”

The occasion marks Alonso’s first final at the helm of Celtic, having been forced to watch as cup competitions fell foul to Covid restrictions last season.

It is also Balallan girl Rachael’s first chance to lift the cup with her team, reflecting the hard work, the travelling and the disappointments that have come with starting her Premier League footballing career during the pandemic. 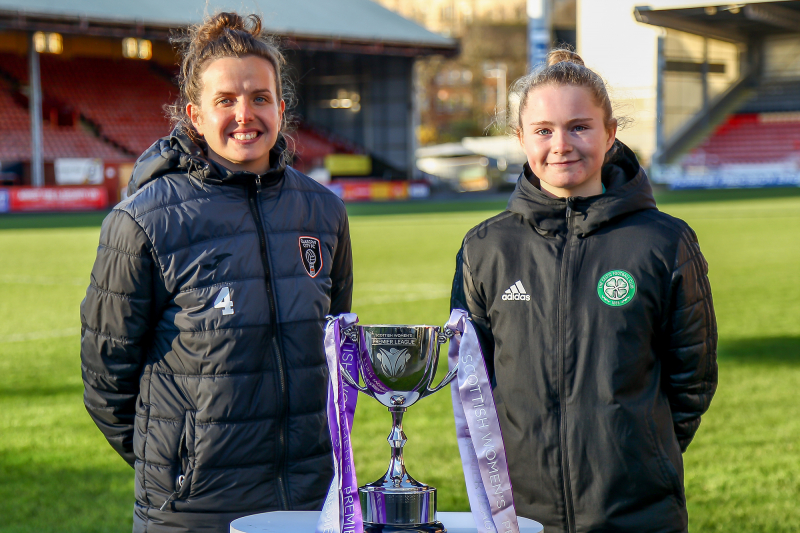