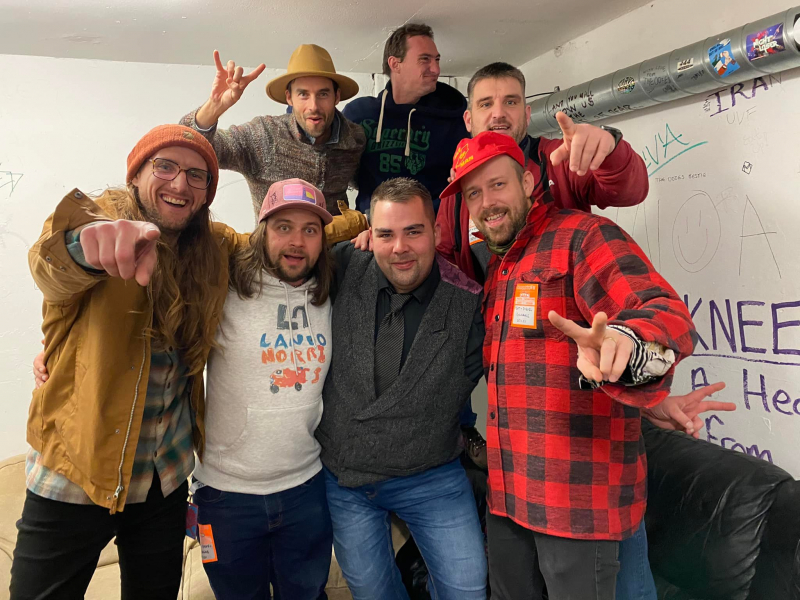 The wrap-up report for artists from Spotify also showed that the coves have fans in 94 countries – presumably including those who are showing up to the live gigs at UK venues on their Give it Laldy tour.

Gigs tonight, tomorrow and on Sunday are sold out, with a few seats still left in Corby, Northamptonshire on Saturday night.

After a few days rest at home, the band will finish a mammoth series of 2021 performances with support slots to the Levellers in Birmingham, York and Cardiff from next weekend.

But that’s not all folks – a new tour from next March is expanding by the minute, with an appearance at Glasgow Kelvingrove’s Summer Nights in August among the summer festival bookings to be announced.

The tour so far has not been without ups and downs – support band the East Pointers were required to return to their native Prince Edward Island on 28 November, due to a change in regulations on internal travel within Canada.

And a service station on the M1 was the scene of a van break-in last weekend (Saturday 27 November) for Stornoway sound engineers Wee Studio, who are providing the technical support for the tour.

Equipment valued at a five figure sum was stolen, and the van itself had windows smashed. Undaunted, the band told fans: “We still have a drumkit, a guitar, an accordion and a Boydie – the show will go on!”

Back on the up and sharing the figures from Spotify on social media yesterday, the band said: “Thank you all for the continued support, it’s been a hard year and a half for everyone in our industry. We’re so glad to be able to come out and make more memories with you over the last few months. Here’s to many more!”

Pictures show a final farewell to support band The East Pointers from Wee Studio’s Keith Morrison, Boydie, Innes and Uilly, and a round-up of the Spotify figures (Peat & Diesel). 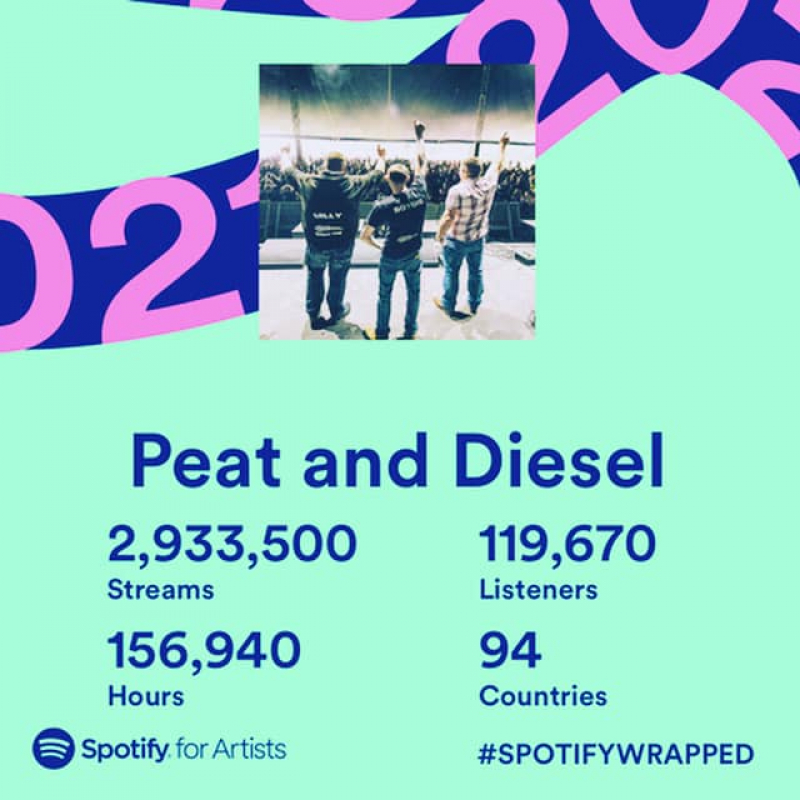