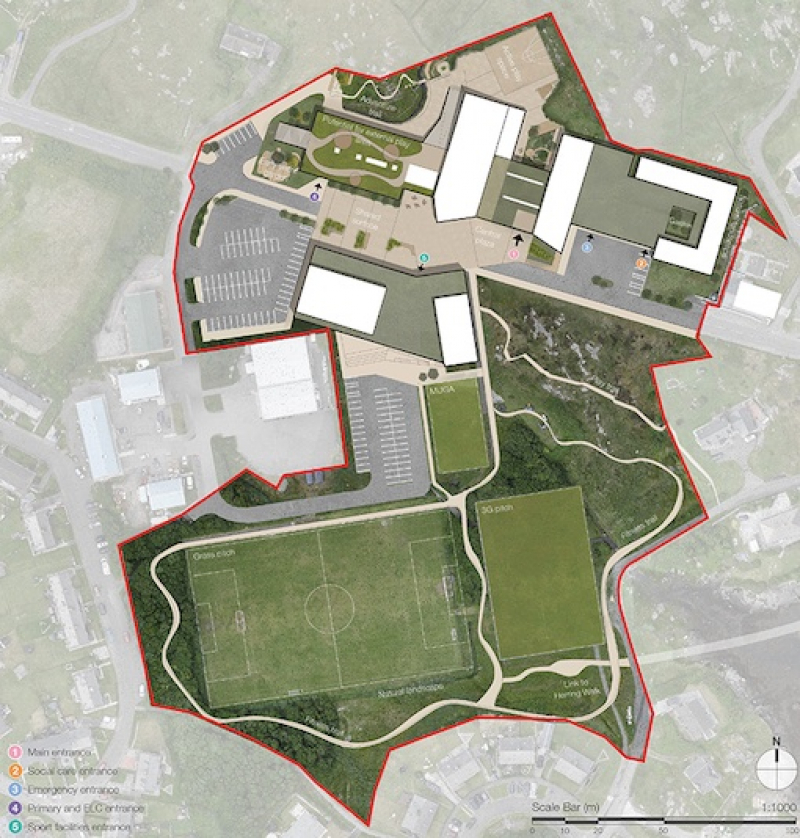 Two community councils that jointly represent the people of Barra and Vatersay have issued a robust rejection of plans for the proposed community campus in Castlebay.

The joint Comhairle nan Eilean Siar and NHS Western Isles project to develop a multi-use campus in Castlebay is being steered by consultants Hub North Scotland, described as ‘the partner of choice for developing community-based infrastructure across the north of Scotland.’

Na h-Eileanan an Iar MP,  Angus Brendan MacNeil today (Thursday December 9) gives his full support to Castlebay and Northbay Community Councils who are calling for a pause and rethink on Barra and Vatersay Community Hub Project.  Mr MacNeil said: “First and foremost when we are doing anything, we should make sure we have the communities on board. The Community Councils are clearly not on board and this shows failure in the planning of this troubled proposal.

“The issue at the moment is the siting and forcing the building on to a comparative postage stamp of land and not going to nearby crofters to acquire land. That is coupled with destroying the current assets that are there in both school and sports facilities and leaving people in limbo until something else is eventually built. It is simply not acceptable.

“Most pressingly something needs to be done now with the Home and the Hospital.

“We need a Council and a Government that listens to the people. It is two years now since I called on the Government to intervene and to be involved, but they did not. Rather than impose from outside it would be much better if the Council and Government had the humility to listen to and work with islanders. This is a really bad example of how to engage a community with utter disregard to the needs and wants. I hope the Comhairle, the Health Board and the Scottish Government will now listen to this clear message from the community and will pause and engage with those who this proposal will directly affect.”

In their risk management strategy for the development of the project, created in October 2019, Hub North Scotland said that the risks of poor community engagement could mean that they would get a poor response to proposals and lose public engagement or positivity for the scheme.

Local community leaders yesterday claimed that a group of local stakeholders formed for consultation as the plans moved forward has met only once, in April this year, with a second planned meeting in July cancelled.

An online public consultation event a year ago was organised by the project partners, but since then, according to CVCC, there has been a ‘breakdown in understanding’ with the consultants, due to the lack of visits from representatives.

As a result, they said, frustrations had grown and assurances were required as to what future services would look like. Of particular concern has been the lack of provision for older people unable to live in supported accommodation or independently.

The two island community councils yesterday (Tuesday 7 December) issued a joint statement saying that they were ‘seriously concerned with the direction in which this project is now being driven.’

They said: “It is being steered by financial constraints and a lack of communication and engagement with our community. We urge both CnES and WI Health Board to temporarily pause this development to have a rethink.”

In it, the community councils say: “The development option chosen by the project management has always been the community’s least popular option and latest adjustments are creating even more opposition.

“Both community councils have met to discuss the increasing concerns and agree that the current proposals being presented to CnES are not fit for purpose and will not meet the needs of Barra and Vatersay.

“We are in full support of improvements and investment being made. However, we are asking for a pause in this development to ensure that the design, layout, and investment required for this campus meets the needs of the community.

“We will not accept these proposals in their current form and ask CnES and WI Health Board representatives to meet with both community councils.

“Given the financial constraints that are being imposed on the development, it would be highly beneficial for CNES and WI Health board to engage with the community as this would allow for a better overall understanding of the needs of our community and in turn, help overcome the challenges and ensure that the project fully supports the needs of Barra and Vatersay.”

The multi-use campus is expected to include social care housing and community facilities, acute and non-acute health facilities, school facilities for all ages, a community café, learning resource centre and library. It will also house a Police Scotland centre, a three-court games hall, four-lane swimming pool, a multi-use games area and a football pitch.

Hub North Scotland’s website at https://www.hubnorthscotland.co.uk/projects/barra-vatersay-community-campus says that they anticipate works beginning on site in April 2022, with construction completed in June 2024.

A fuller description of the project is available via the development website at https://bvcc.scot/#welcome 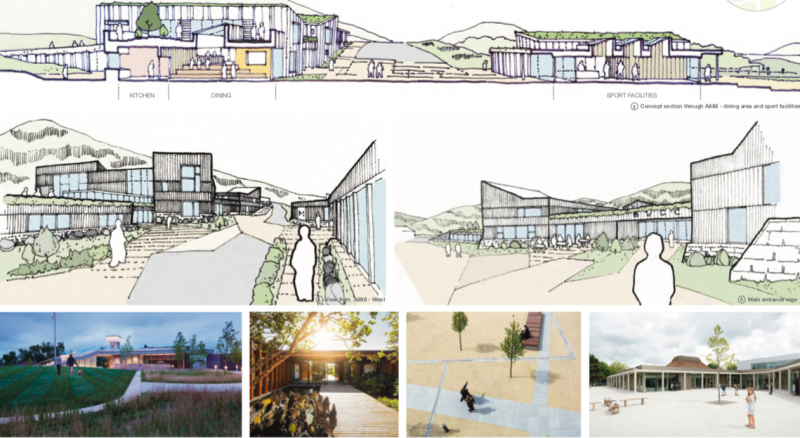