At the age of 12, she was in the ring at Lewis and Harris Auction Mart, making sure a pen of her family’s blackface sheep showed off to good advantage.

Buying and selling sheep is already second nature to Grace, who is quite used to heading off to the sale and coming back with woolly passengers in the back of her grandad’s car. Actually, getting in the auction ring to help sell just adds a new skill to the growing list of tasks she can now do for herself.

Grace is the latest generation of her family to be something of a sheep nut. Mum Sine is a paramedic and seldom comes home from a sale without a new addition for the croft, while Papa John Nicolson lives up the road and is very happy to pass on his knowledge. 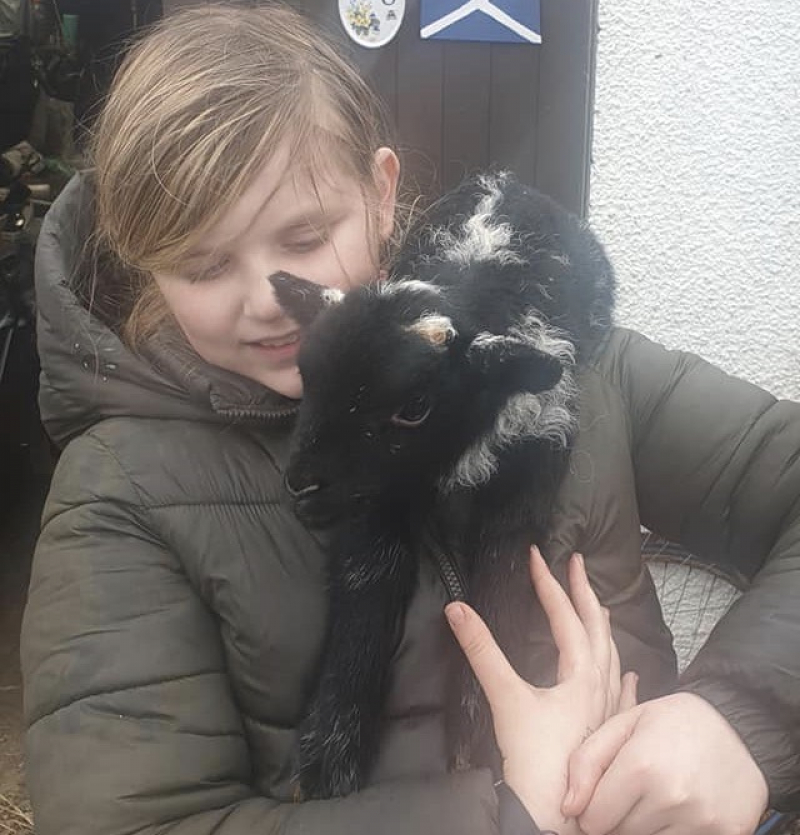 Grace can’t remember what age she was when she first had sheep of her own. She said: “I had pet lambs when I was wee, but the first sheep that was mine was Dolisa. She was a present when I was four. When she had her first lamb, I cleaned it up after it was born, which was a bit disgusting, but it was good to see that it was healthy.

“I got my first Rylands from a rare breed sale in Aberdeen and got a ram as a present. I do tend to get most of my sheep as presents, although last year for my birthday I got a quad bike to help me work the sheep.”

Also helping work the sheep are the family’s seven collies, one of which is Grace’s own working dog Chance. She said: “I got her when she was a puppy and I can do her on the sheep now, together with my mum’s older dog Fly. Ghost is new and he’s going to be a hard one to train because he’s deaf, but he’s keen.”

The family has the use of three or four crofts, common grazing, and occasional use of neighbours’ crofts. Among the sheep they run there, Grace lists blackfaces, Suffolks, Herdwicks, Welshies, Hebrideans and Cheviots, many of them rare breeds and all a source of hard work.

“My Suffolk ewe had twin lambs last year and one’s a ram. The tup I had, I sold before Christmas, but I think I’ll keep this one and see how he does.” 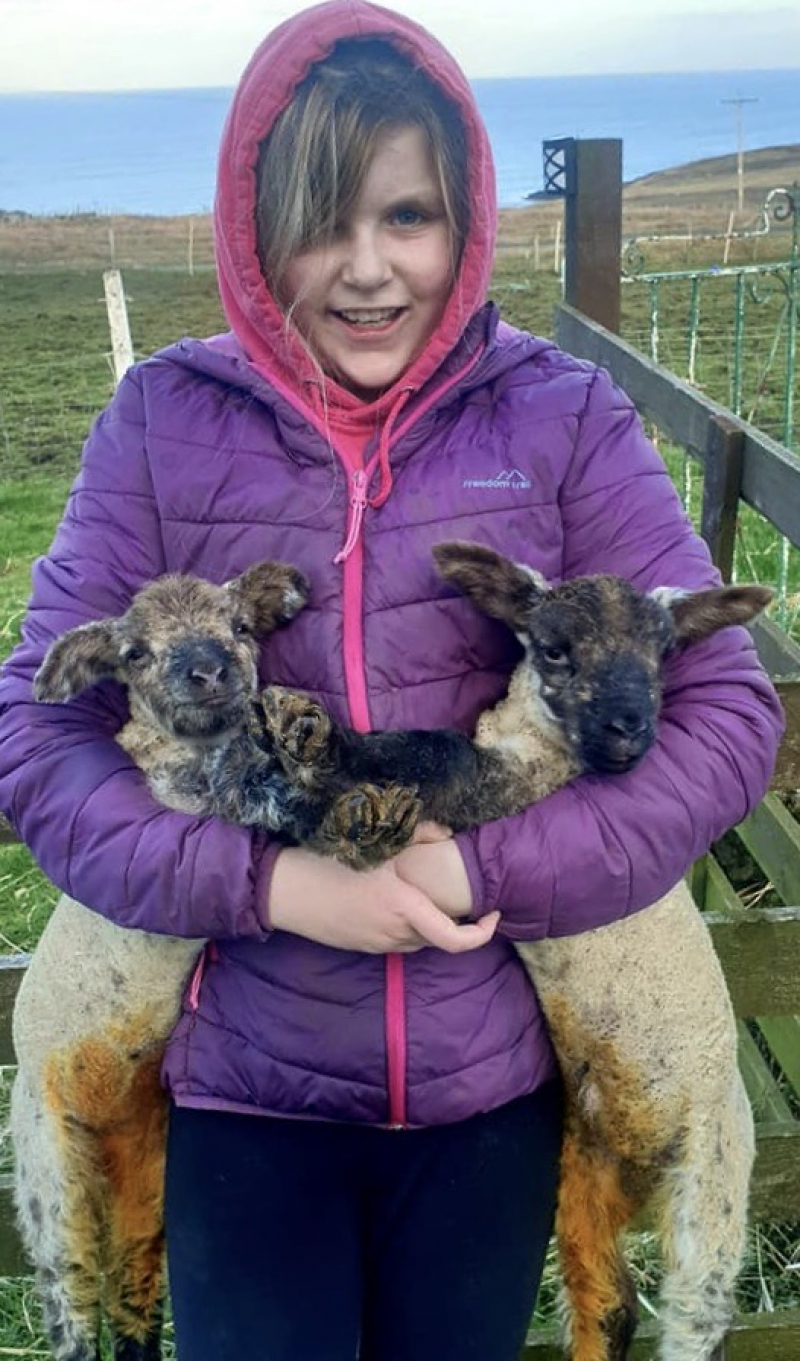 Grace is down to earth about crofting, and she’s also realistic about how crofting and working lives combine, having seen mum hard at work through the pandemic. She said: “I want to do crofting as a sideline and keep the generations going, but I want to train as a paramedic and I know that will mean going away from the islands to get qualified.

“I’ll be home for the holidays though, and hopefully mum will look after my sheep when I am away. I always want to have sheep. There’s not that many people at school who are into crofting but, as far as I’m concerned, it’s the best.”

The pictures show Grace with the dogs Fly, Chance and Ghost and with Floppy and Freddie, last year’s lambs from Grace’s pet ewe Meaban.