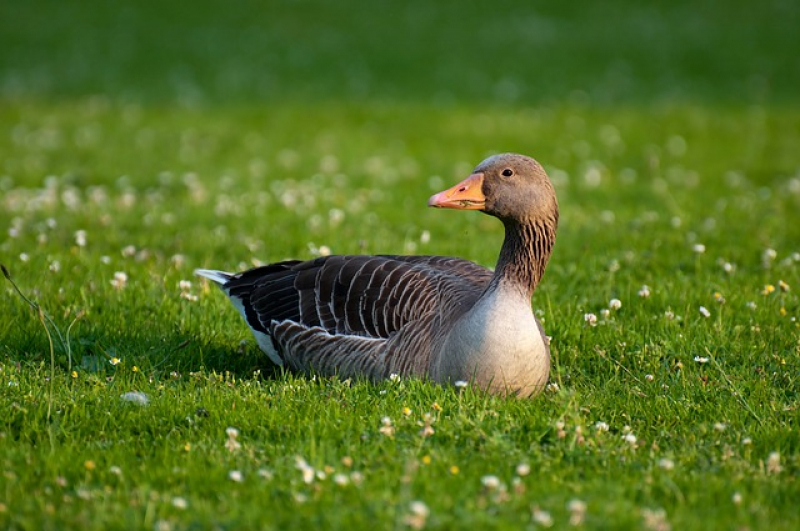 Runaway growth in the population of greylag geese in the Western Isles is simply on the verge of making it impossible for crofting agriculture to survive.

There are believed to be 8,000 geese in Uist alone, bringing a crisis of survival to the islands.

The Scottish Crofting Federation (SCF) has met with the Minister for Environment, Mairi McAllan, to advocate on behalf of the crofters and biodiversity suffering the damage caused by geese.

“The population of greylag geese resident in the Hebrides has reached unsustainable numbers”, said the chair of the SCF, Donald MacKinnon.

“An agreed maximum of 4000 for the Uists, which in itself is higher than crofters want, has doubled since the end of the ‘adaptive management’ scheme that was funded by the Scottish Government.

"NatureScot, who hold the purse strings, has stopped all funding and we can see no hope of preventing an explosion in goose numbers.

"We have 8000 birds on the Uists now and could be over the ‘tipping point’ – where crofting ceases. The situation is similar for other Hebridean islands.”

Mr MacKinnon continued, “We met with the minister for environment yesterday to present the case for why funding is needed to help reduce numbers. The government intention to make the control of geese a self-funding enterprise has failed.

"We argue that it is in everyone’s interest to stop this catastrophe continuing. Crofting agricultural practices in the Hebrides, especially on the machair, help to nurture an ecosystem rich in biodiversity, something we must protect for all.

"The huge numbers of geese grazing and fouling the grass and heritage cereal crops will end crofting here. This will alter the ecosystem to the detriment of the other species we find here. We are seeing the destruction of a world-renowned natural heritage unfolding before our eyes.

“Government policy on goose control has 3 legs to it that must be in balance: conservation of endangered geese; prevention of damage to agriculture and biodiversity and the responsible use of public money.

"It is clear that these 3 legs are no longer balanced – the geese are not endangered, they are thriving; the damage they cause is extensive to the detriment of agriculture and biodiversity and there is no public money being spent on control.”

Mr MacKinnon concluded, “The minister was very receptive to the points we made and promised to continue the discussion with her officials and NatureScot, with a view to coming back with proposals to address this problem. This is a matter of great urgency.”