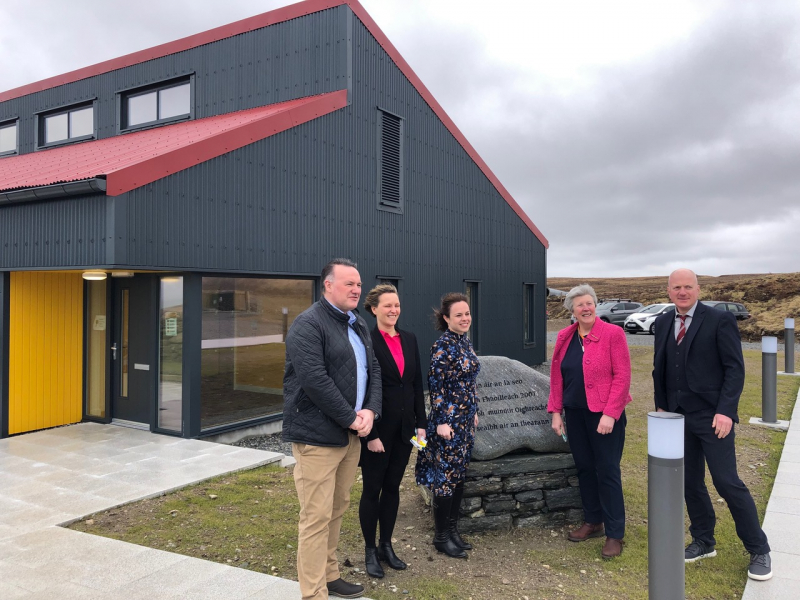 It was a great day for Urras Oighreachd Ghabhsainn yesterday (Thursday March 3) as Kate Forbes, the economy secretary in the government of Scotland, joined members of the Trust and the community at small and socially-distanced event to declare their new building officially open - 15 years after the community landowner was created and three years after their first purpose-built headquarters was burned to the ground overnight.

Agnes Rennie who chairs the community landowner trust told the event and spoke of the relief and excitement of being able to gather together at all, even with a reduced guest list. 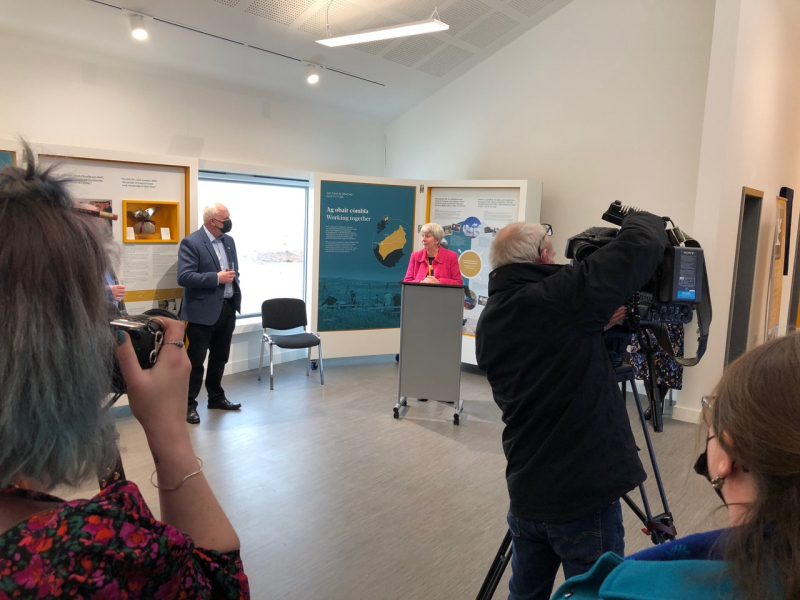 Agnes Rennie looked back over the 15 years of Urras Oighreachd Ghabhsainn.  The original launch event was held in the courtyard of Galson Farm and one of the first realisations was that the rentals and other income of the Galson estate were never going to be sufficient. It was very quickly decided to go for community renewables as a way of generating income - and this has been key to the work of the trust.  This has given the trust income, but also confidence and respect. It allows the Trust to negotiate equally with public bodies like Highlands and Islands Enterprise. 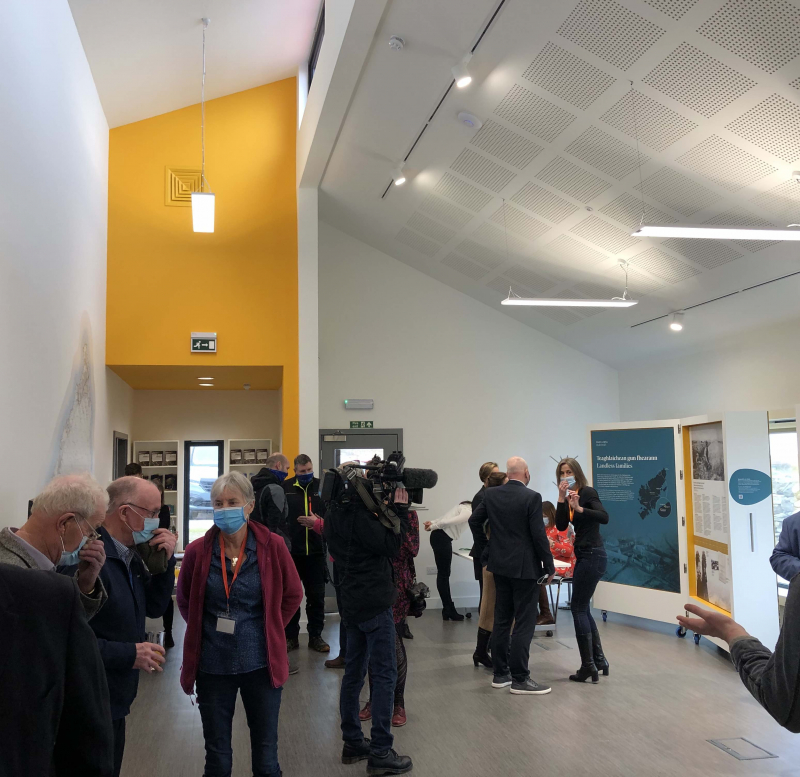 Now the Trust was established as a "forever project" in contrast with the two and five year projects which characterise the work of the public sector. The trust has a 20-year strategic plan which is the basis for future developments. One of the major benefits of the independent revenue stream was the investment fund which had benefitted many people and projects over the years.

The challenges over the years…particularly, the impact of Covid-19; it hit the trust when it was already homeless because of the fire; but the trust and other community organisations had shown they could react far faster than the public sector in this sort of situation.

It was February 15, 2019 that the original building was destroyed by fire overnight. Agnes Rennie praised the commitment of the staff - which now totals 14 - that enabled the organisation to bounce back. They were about get the rebuilding underway when Covid-19 struck. She also praised the work of the architect Catriona Hill and the construction firm, Calmax Construction, on the rebuilding of their centre. 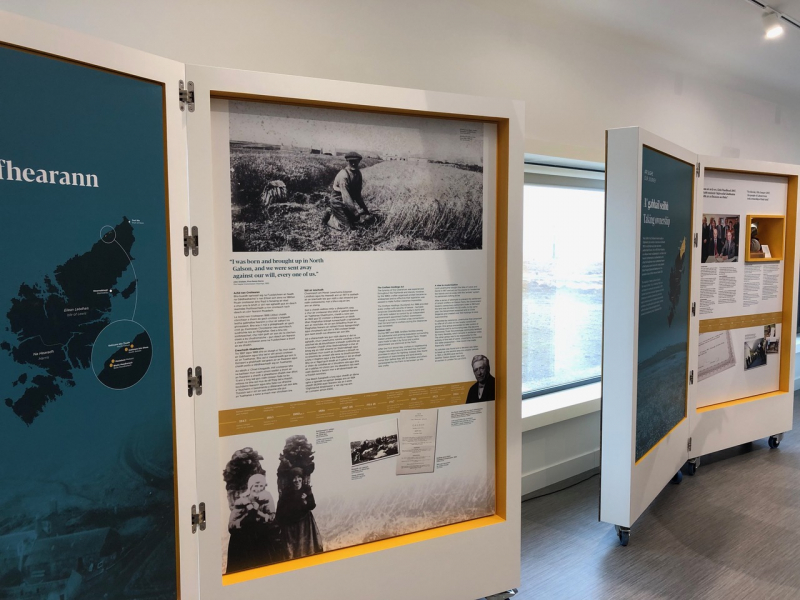 The third major challenge was the loss of the main income stream  in August 2020 when the connecting power cable to the mainland broke stopping their main source of income at once, without any warning or buildup.

Agnes Rennie praised the skills and foresight of the financial management team which had made sure that the trust was able to remain financially secure throughout the year-long break in the electricity supplies and income. She spoke of the tragedies in the world outside, and the strength and peacefulness of the island communities. She also spoke of the crucial role the community stewardship of its land played in the development and resilience of any community. 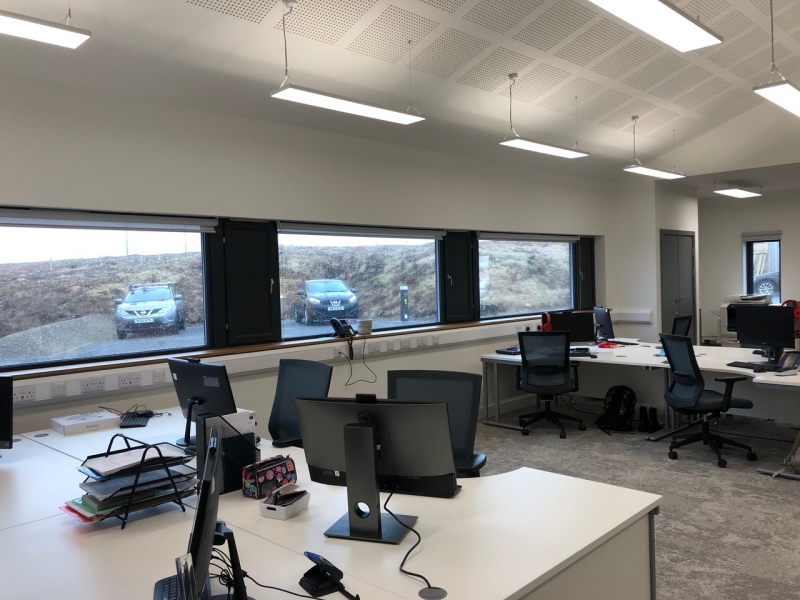 Kate Forbes spoke of how the achievements of Urras Oighreachd Ghabhsainn, the way it had overcome the challenges of recent years and of its entire existence, could inspire other communities to follow the same path. "This magnificent new building" symbolises this and Kate Forbes recalled how on social media, on the morning after the fire destroyed the building, the chair of the trust had made immediately and publicly clear that the work of the Trust was continuing unaffected. "In other words, you can throw whatever at us and it hurts but we're still here, still committed, the same group of people with the same reliance, the same foresight and the same determination that we have always had."  The same attitude had suffused the approach of UOG to the challenges of the pandemic and of the loss of income from the severing of the mains cable to the mainland. 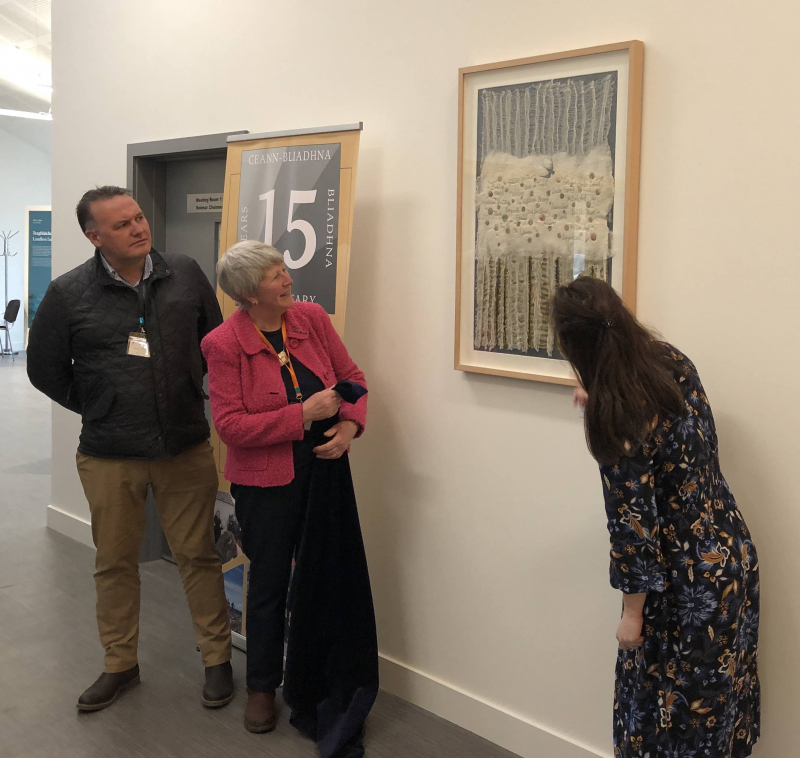 As part of the celebration, a textile artwork by Alison 'Tiger' Macdonald was unveiled by Agnes Rennie and Kate Forbes; a celebratory birthday cake was cut by Kate Forbes; and there was a buffet for the guests. 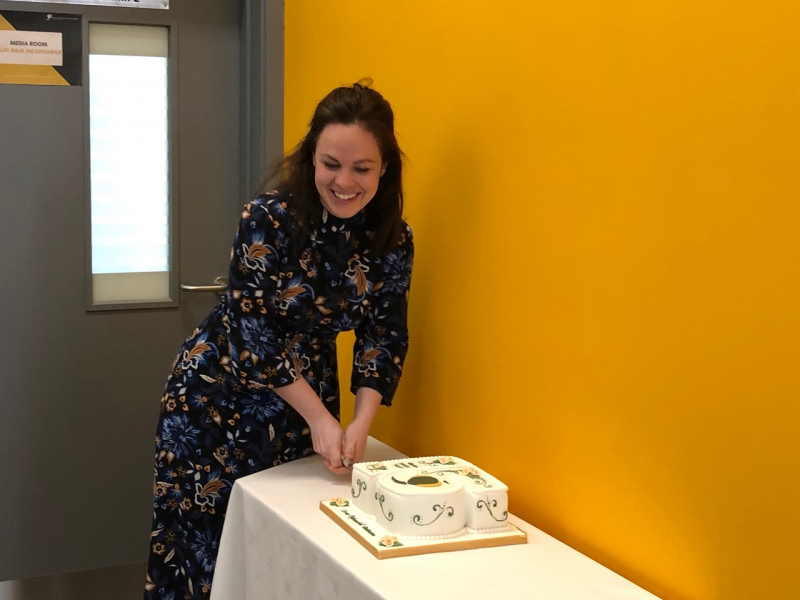 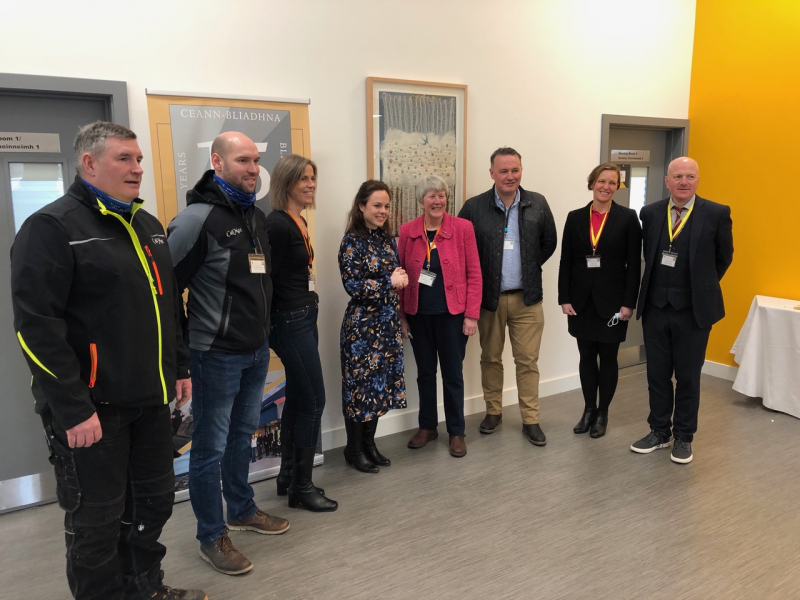 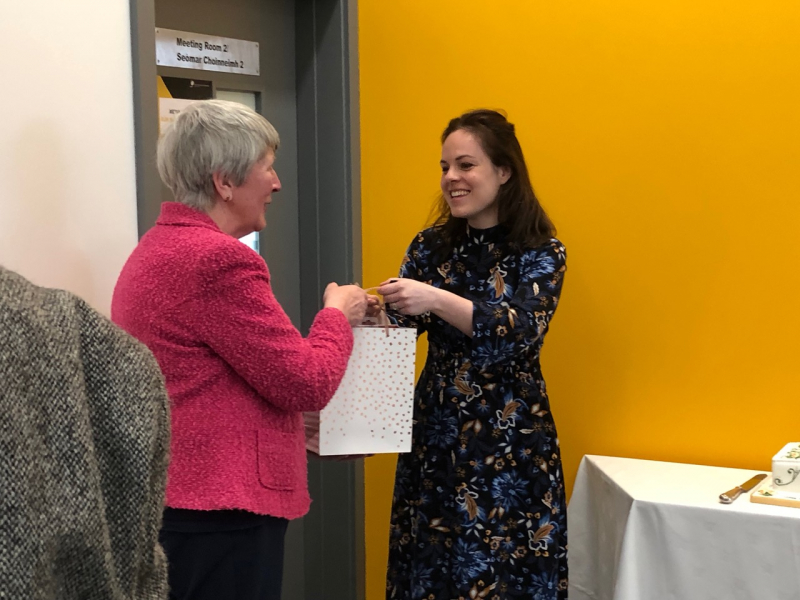