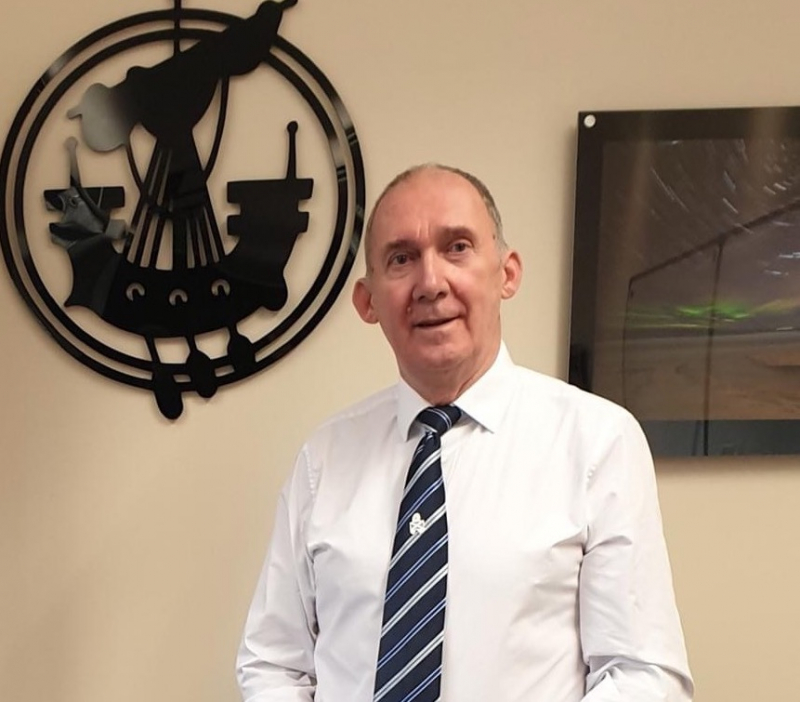 Comhairle nan Eilean Siar Convener, Norman A. Macdonald, chaired his final meeting of the Comhairle yesterday, Wednesday 9 March, having indicated that he will not be looking to stand again in the Local Government elections in May.

Widely known simply as Dokus, he has been the public face of CnES for ten years, propelling him to the front of numerous presentations and ceremonies. 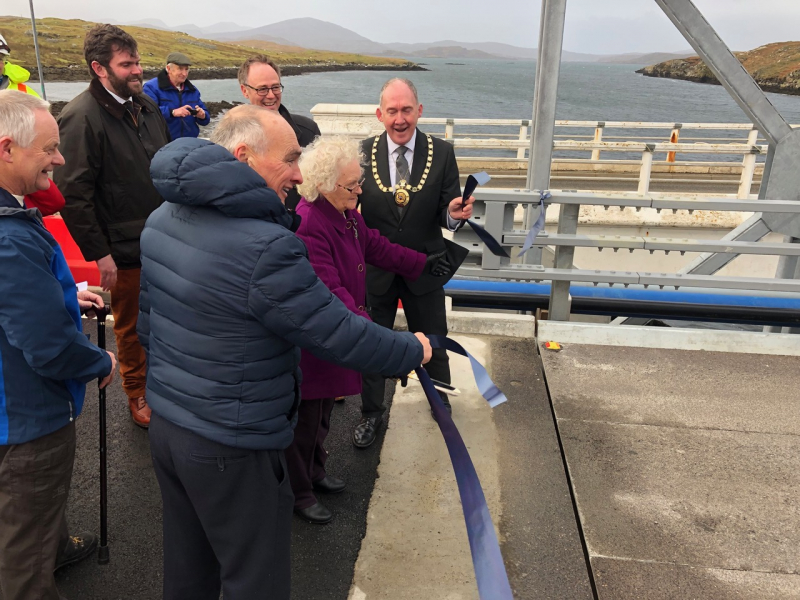 At the opening of the new Bernera bridge in December 2021

Norman studied at The Nicolson Institute from 1968 until 1973. After school and joined Nash & Warren Steel Erectors as a steel-fixer in London for a year. Norman then took up an apprenticeship as a bricklayer with M.M. Afrin & Co Ltd in Stornoway between 1974 and 1977. He undertook a couple of other roles in 1978 and 1979 before joining the Comhairle as Community Education Officer/Youth Worker in 1980, a post which he held until he was elected to the Comhairle in a by-election on 8 May 1997.

So this year Norman marks 42 years of service with the council – 17 as an officer and 25 as a Member. 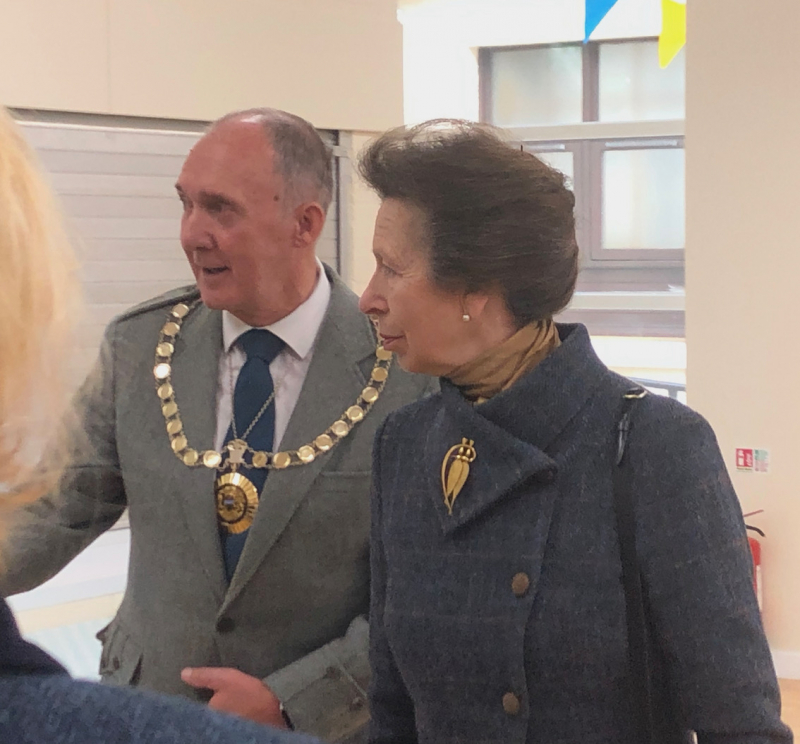 "He has, of course, also been Convener of the Comhairle since 2012 and on behalf of the whole council, I’d like to thank him for his companionship and significant contribution to the workings of the authority over many years.

"Norman always managed to get things done and if it was something which would benefit the community and community groups, he would always find a way.

"I’m quite sure that his community in Uig are very grateful for his diligent service as their local member over the past 25 years.” 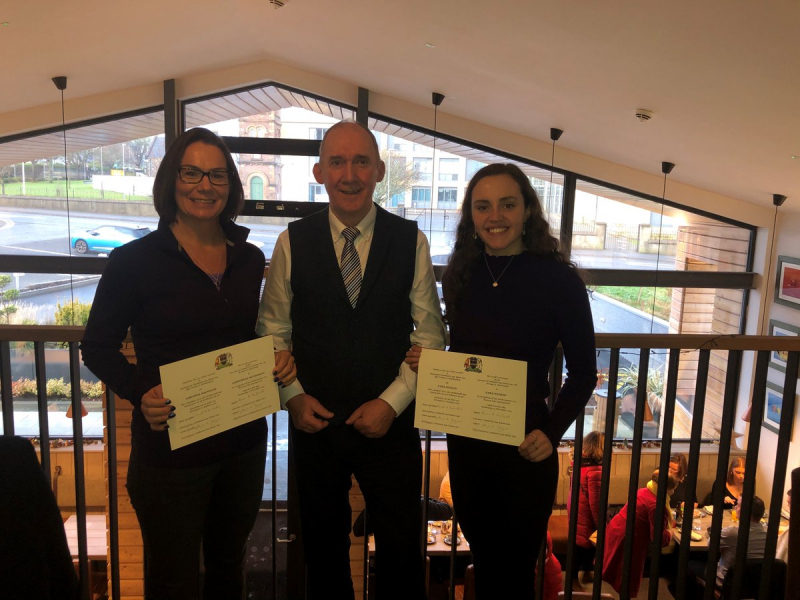 Back in 2019…the Comhairle was delighted to recognise the achievements of Christina Mackenzie and Kara Hanlon in their chosen sports. 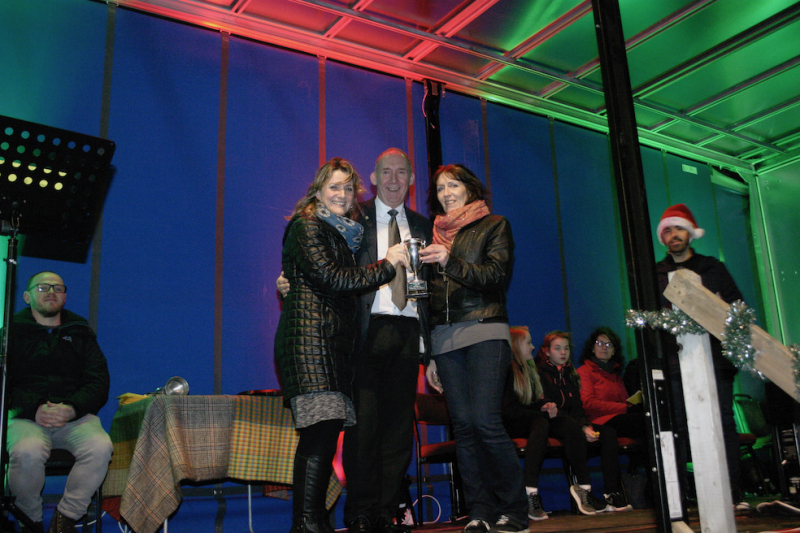 Councillor Mackay concluded: “I know that he is pleased to be retiring. I’m not sure how pleased Pat is that he is retiring but we wish them both well and I’m quite sure that he won’t be idle and that he will have plenty to keep him going, not least his grandchildren, Cara, Lucy, Ali, Charlie, Ciaran, Coinneach, Roisin, Seumas and Peggy who I’m sure will appreciate having their grandpa around more often.”