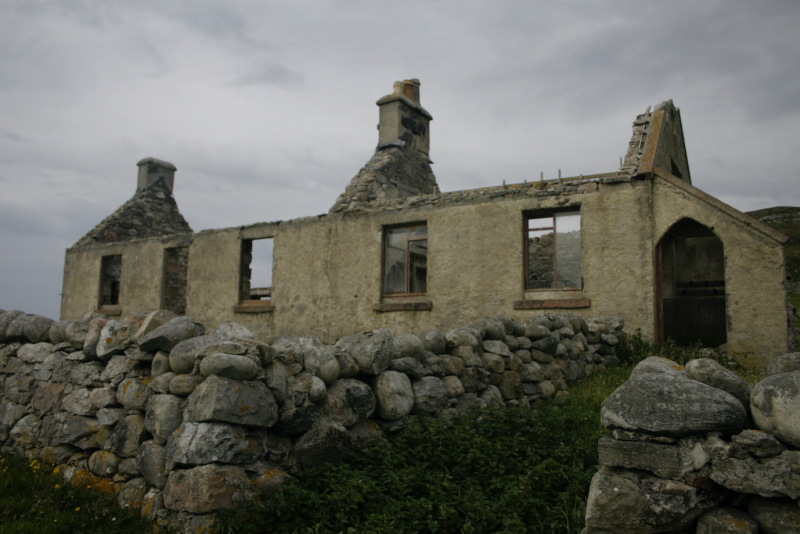 Wind of hope in battle over insulation

Because of mandatory window vents, gaps under doors and the like, the rules would make it impossible to heat homes in the Western Isles.

There is a proposal for a potential alternative to the current PAS 2035 ventilation standards, which could involve the monitoring of air quality, levels of damp and condensation in properties following the installation of insulation.

SNP MSP for Na h-Eileanan an Iar, Alasdair Allan, yesterday raised the future of home insulation projects in the islands during First Minister’s Questions in the Scottish Parliament.

Allan highlighted the impact locally of new ventilation regulations on the future of insulation projects.

Allan drew attention to last week’s announcement by Tighean Innse Gall, which said that the organisation was ceasing administration of government-funded insulation projects, because demand for this work had plummeted as a result of the new ventilation regulations. He then asked Nicola Sturgeon: “Given that the Western Isles is probably one of the most fuel-poor communities in Europe, what can the Scottish Government to do urgently ensure these vital insulation installations can continue?”

Responding, the First Minister acknowledged that new UK-wide retrofit standards had been posing challenges for the Western Isles, and that the Scottish Government valued the work done by Tighean Innse Gall and Comhairle nan Eilean Siar to improve local housing.

Nicola Sturgeon expressed her hope that the issue could be reconsidered in light of the most recent discussions between TIG, the Comhairle and government officials, so that their expertise can continue to be applied in the Western Isles.

“I know Dr Allan has raised this issue before today and I believe he has received a copy of the most recent correspondence. Officials are also working with the British Standards Institution to further improve the retrofit standards to ensure circumstances in remote, rural and island communities are taken fully into account.”

The letter referred to by the First Minister was from Patrick Harvie, Minister for Zero Carbon Buildings, and was received by Allan this afternoon. In the letter, Mr Harvie outlined a potential alternative to the current PAS 2035 ventilation standards, which could involve the monitoring of air quality, levels of damp and condensation in properties following the installation of insulation.

He said that this was going to be considered by the British Standards Institute’s newly-set-up Scottish technical group.

TIG have said that they are currently considering the viability of their options in the context of the proposal, as well as the implications of its timing.