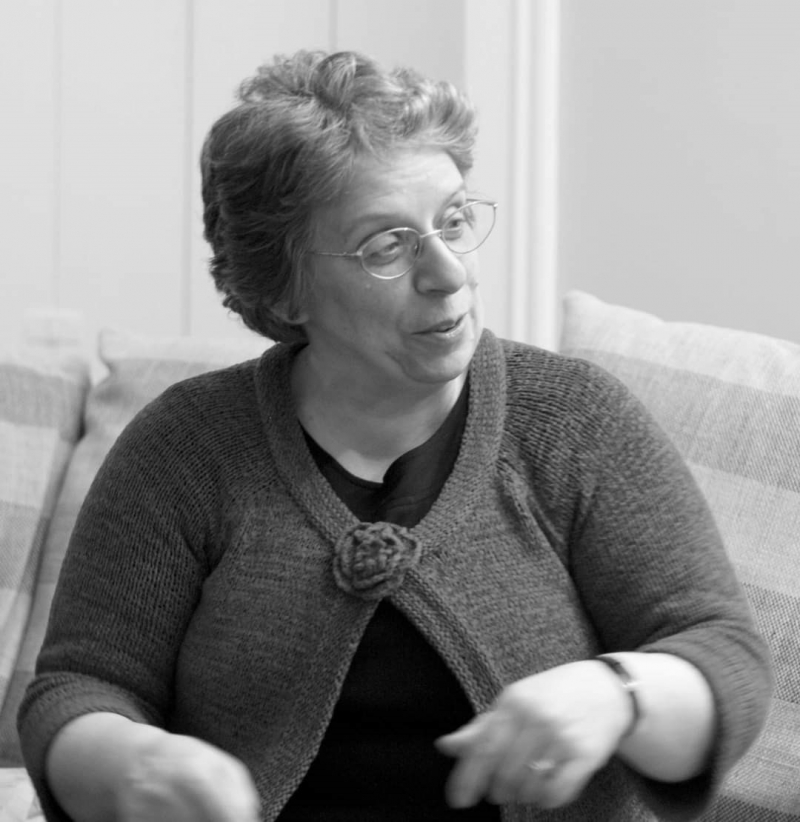 A memorial service is to be held in Harris later this summer as a celebration of the life of Catherine MacLeod, of Strond, Harris and Lochganvich, Lochs, who passed away after a long illness on 22 March, at the age of 68, at Raigmore Hospital.

She was born in 1953 in Northamptonshire and spent some of her early years in Nigeria, where her parents, Dennis and Anthea Coles, lived and worked.

Soon after her birth her parents invested some of their savings in buying a house in Strond in South Harris. They arrived with their young family when Catherine was around five years old and she always remembered landing from the boat at Rodel and walking through Borrisdale to descend into Strond, a location with which she fell instantly in love. 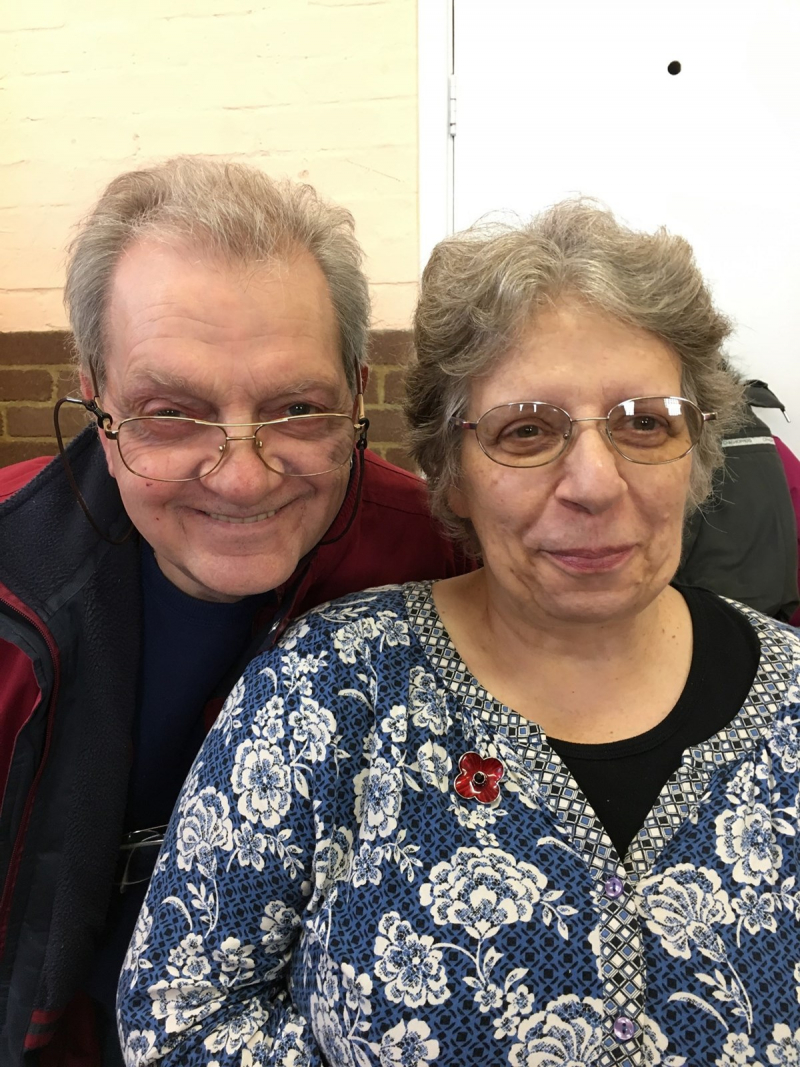 After primary schooling in Leverburgh, Catherine went to upper school in Tarbert and later Inverness, then to university in Aberdeen, where she studied Celtic Studies and additional languages including Russian. She returned to the islands in 1975 and began business and secretarial studies at Lews Castle College, where she met and fell in love with maritime studies student Calum MacLeod, who became her husband on St Andrews Day in 1979.

Catherine began work as a project officer in the Unemployed Workers Centre in Bayhead, a forerunner of both the CAB and Volunteer Centre, before becoming finance officer of the Lewis Council for Social Services and secretary and personal assistant to its chief executive, Alasdair Nicholson in 1984. By the time she retired she was the longest-serving employee with the organisation.

Alasdair said: “She was a stalwart of the voluntary sector in Lewis and valuable key figure within what was Lewis Council of Social Service, Voluntary Action Lewis and then Third Sector Hebrides.

“She was dependable, knew a wide network of people on the island and, importantly, could decipher my handwriting. In those early days, before computers and mobile phones became available, the typewriter and ink Gestetner were the tools of communication to produce information for local charities and groups, so she literally got stuck in and got her hands dirty.

“Her quiet contribution and continuity over many phases of change greatly assisted the development of a raft of project initiatives and volunteer developments, including Befriending Lewis and the long running Stàran initiative, helping to combat rural isolation through practical support for the community.

“She helped make change happen from that early small organisation to that of a leading Scottish social enterprise, which became Scottish Charity of the Year in 2011. I doubt if we would have achieved that and the rest without her administrative skill and ability underpinning decades of dedicated selfless effort.”

“She was always communicative, efficient, articulate, organised and with a good sense of humour. She was helpful and cooperative yet straight and honest in her dealings with people.

“She supported local charities and she was active in local thespians groups, particularly encouraging young people to participate in acting and other theatre-based roles.”

Her participation with Stornoway Thespians is remembered with gratitude and affection by past and present members of the company. Morag Smith said: “Catherine was the longest serving active member of the Stornoway Thespians. Many people will have seen her in the prompt seat, or anywhere else she was needed.

“But Catherine meant way more to the Thespians than her considerable abilities backstage. She was the main administrator for the group for the last twenty years, and she was an integral part of the production team for most productions.

“She also acted as the responsible adult for our youth section meetings for many years, thus ensuring that section continued functioning, and her welcome and care for new members both youth and adult was the reason many people came back.

“Catherine was the type of person you really want as part of your group, she turned up for everything and fully participated, her cheerful disposition defused many a tense situation, and her solid support has seen me through many dramas within dramas.”

Fred Silver, founder and editor of HEB Magazine and EVENTS newspaper, added that Catherine was a great encouragement to such new ventures and played a key role as a proofreader in the early days of EVENTS. "She was also constantly positive and enthusiastic which is a huge support for any endeavour."

Catherine continued her support to individuals after her retirement and through her treatment for CLL, a form of leukaemia which was diagnosed in the early stages of the pandemic in 2020.

Her friendship and support to many is indicated by numerous messages of tribute on social media, where she was described as ‘a huge force for good in a little package’ and ‘a lovely lady, a great loss.’

Her family said: “Catherine was known and loved by many for her generous heart, ready smile, and endless lists, giving generously of her time to anyone in need.

“As was her wish, she will not have a traditional funeral, but a celebration of her life is planned for summer 2022 in her beloved Harris.

“Catherine received extensive support from the team at Western Isles Cancer Care Initiative (WICCI) and her family are grateful for any donations made in her memory (https://catherinemacleod.muchloved.com).” 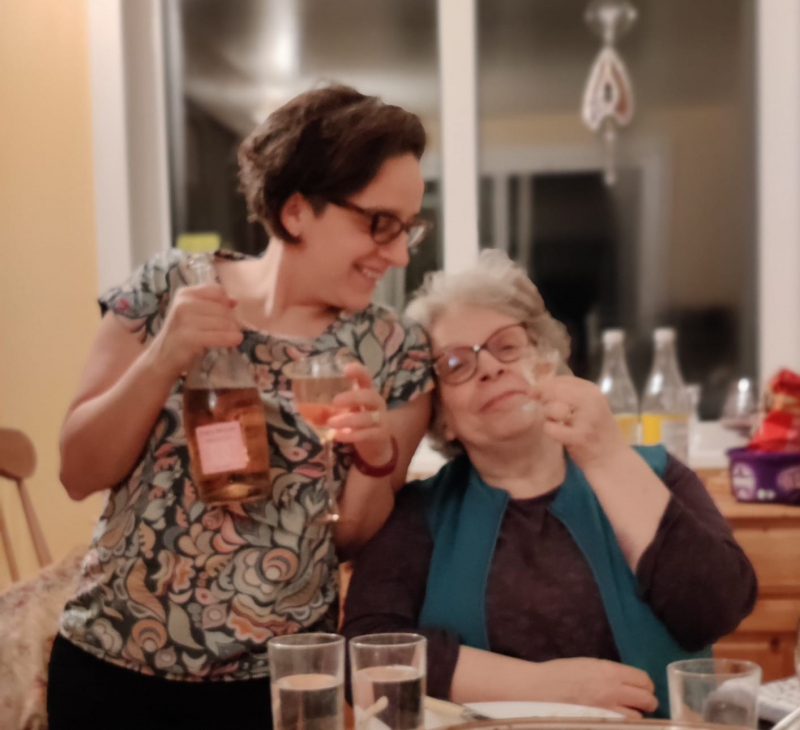 Catherine leaves behind her husband of 43 years, Calum, her daughter and son-in-law Eilidh and Liam, and her beloved grandchildren Caitlin and Malcolm, as well as a large extended family and many friends.

The pictures show Catherine with husband Calum on their 40th wedding anniversary and with daughter Eilidh at Christmas 2021.