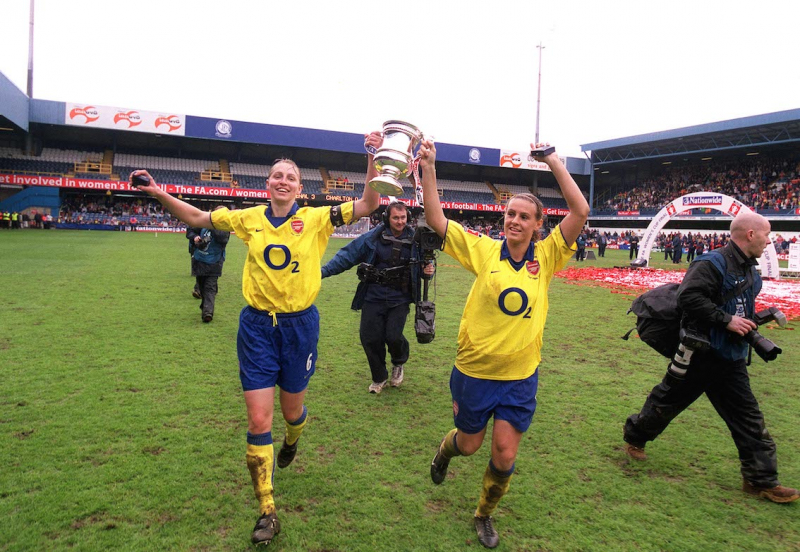 A new documentary which airs on BBC ALBA tomorrow (Sunday April 10) tells the inspirational story of one the greatest Scottish footballers to have ever played the game - Julie Fleeting.

Produced and directed by RTS award-winning company purpleTV, Julie Fleeting tells the story of a role model and leader who blazed a trail for other women to aspire to.

Julie was only four or five when she took an interest in football. Her father Jim was a professional footballer, and she shared his passion for the game. Her brother Barry also played at junior level.

Julie said: “I assume that my initial love of football came from my dad. If the weather was good I was in the garden or street. If it was rainy we were in the kitchen playing football. I just loved it.”

Julie’s life in football began when she was nine years old with Cunninghame Boys Club. It was the first step in achieving a dream she didn’t even know existed. From playing professionally in America to winning multiple honours with Arsenal, and scoring more goals for Scotland than anyone else, Julie has consistently inspired, empowered and led from the front.

Mark Morrison, Cunninghame Boys Club Coach, said: “She arrived at the training and I was shocked, there was this young girl, tall, just barging the boys out the way. It was a good surprise to see how keen she was. She was too good a player not to play in the team and you could see the enjoyment she got from it and her natural ability at a young age.”

Julie said: “It was always ‘there is a lassie playing in their team’, every single game, but I couldn't care less what they were saying and pointing at me. I feel mentally strong to this day, and I think this is probably where it started. When I was able to block out the opinions of others.”

A prolific goal-scorer and a consummate professional, Julie ravaged oppositions throughout a sensational career. The SFA recorded 116 goals in 121 appearances for Scotland, making Julie the country’s highest scorer, notably notching the crucial goal in the infamous 17-0 victory against Lithuania in 1997.

And in an extensive domestic career, she played in Scotland, the United States, Iceland and England.

When she was 21-years-old San Diego Spirit signed Julie and she moved to California where she was a huge success on the pitch playing alongside World Cup winners. She earned the team MVP and her club’s golden boot, but off the pitch she struggled with homesickness.

Julie said: “It was the hardest thing I ever did in my life.  I was moving to the other side of the world, without a mobile phone to contact people. I didn’t know a soul. Everything off the field was really difficult for me.”

Her husband Colin Stewart, added: “There's nothing worse than when she was on the end of the phone crying, in tears. The main comfort we tried to give her was that she was trailblazing for others and everyone back here was rooting for her.

“I'm incredibly proud of her and what she's achieved from playing in a local park to playing Man City stadium or the old Highbury to win trophies, it’s an amazing achievement. But there's nobody more humble than Julie and she will sit back and let others speak about her career.”

Julie excelled everywhere, but it was with Arsenal that she was most successful. Her first silverware was secured just months after she signed in 2004. Arsenal won the FA Cup in May thanks to a Fleeting hat trick. In 2007, in a quadruple winning season for Arsenal, she won the prestigious UEFA Women’s Cup, the forerunner to the Champions League.  In total, Julie won 17 major honours with Arsenal.

Remarkably, during her tenure with the London side, Julie was working full time as a PE teacher in Scotland and commuting every weekend to play competitive football at the highest level.

A positive outlook was part of her fabric; she overcame illness and injury, became the first high-profile player in Scotland to return to play football after the birth of her children and won a plethora of non-playing honours such as an MBE for services to football in 2008. 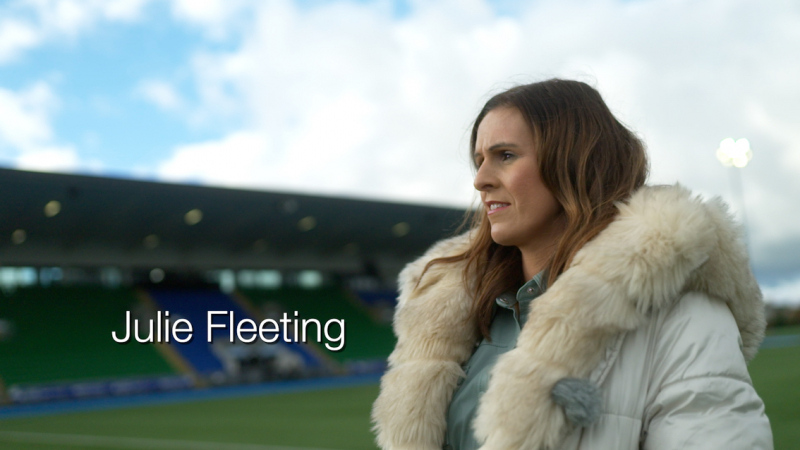 While Julie loved her career, being a woman in football at that time wasn’t easy and she believes she and her fellow players should have been valued much more.

Julie had a temporary contract as a teacher and she wasn’t compensated when she lost a day’s wage when she played with Scotland, players often had to pay for their own hotel rooms and they were given men’s hand-me-down shirts three sizes too big for them.

Julie said: “My expectation level was so low that I was so grateful for every single thing that was given to me.

"But now that I've taken a step back and I look at it, it was so wrong that my brother could have been given the world and the opportunity to go all the way up the ladder and be paid to play football and stay in his hometown and I had to move to the other side of the world to get that opportunity. “Now I can see how far women’s football has come and watch the players that have been developed through the game, I'm so proud to have been a part of it.”

purpleTV producer and director Margot McCuaig, said: “Julie Fleeting is a phenomenal football talent and in making this film I have had the opportunity to view archive that has quite simply taken my breath away.

"However, whilst Julie was undoubtedly driven and career focused on the pitch, what is also remarkable about her is her strength of character in overcoming anxiety, her humility and compassion, and the role she has played in creating space for other women to excel. Telling Julie Fleeting’s inspirational story of football and family for BBC ALBA has been an absolute privilege.”

• Julie Fleeting is produced and directed by RTS award-winning company purpleTV and will be broadcast on BBC ALBA on Sunday 10 April at 9pm and repeated on Friday 15 April at 10pm.  It will also be available to watch on the BBC iPlayer for 30 days after it airs. The documentary was written, produced and directed by Margot McCuaig and narrated by BBC ALBA’s ‘360’ women in sport show presenter, Iona Ballantyne.