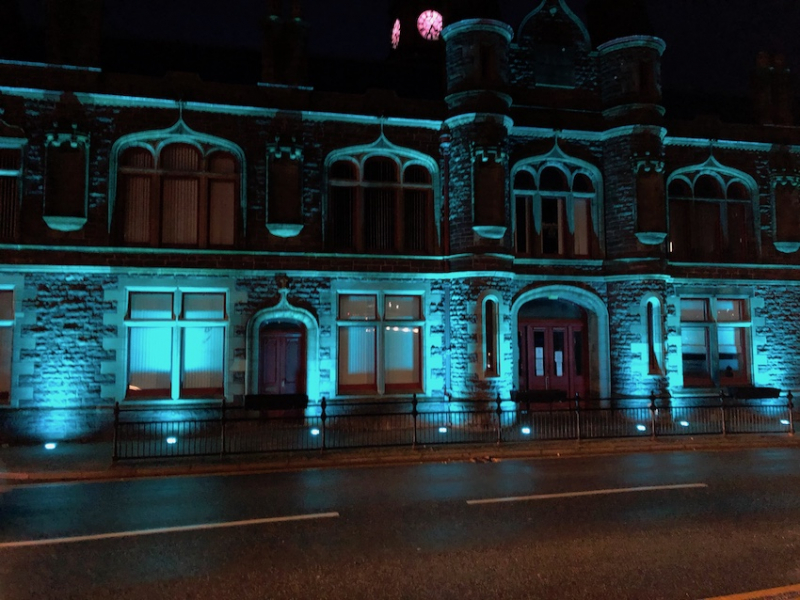 Get together and help charity!

Ahead of Dementia Awareness Week, which kicks off next month, Alzheimer Scotland launches its Tea & Blether campaign yesterday (Wednesday 13 April).

Communities across Scotland are encouraged to host a coffee morning-style event in a bid to raise funds and awareness of dementia.

And it’s simple: Just pick a date, a location and gather up some friendly faces to have a chat over a cuppa - and a slice or two of cake if you fancy!

Alzheimer Scotland’s Dementia Resource Centres will also run their own events to coincide with those happening across the country.

Whether at work, in school, at home or elsewhere in your community, every brew poured and slice served goes a long way to support people living with dementia.

Alzheimer Scotland promises that every penny raised will stay in Scotland as they strive to “ensure nobody faces dementia alone”.

“Some of our local teams across Scotland have been delivering Tea & Blether-style coffee mornings for quite a few years and we know our supporters enjoy taking part in this style of event.

“The successful ingredient is, of course, connection, and we hope that by talking about dementia, we are able to help raise awareness, reduce stigma and bring communities together to support people with dementia and their carers.

“Every penny raised for Alzheimer Scotland stays in Scotland and, as a charity, we are continually amazed and grateful for our supporters’ efforts to, ultimately, help us ensure nobody faces dementia alone.” 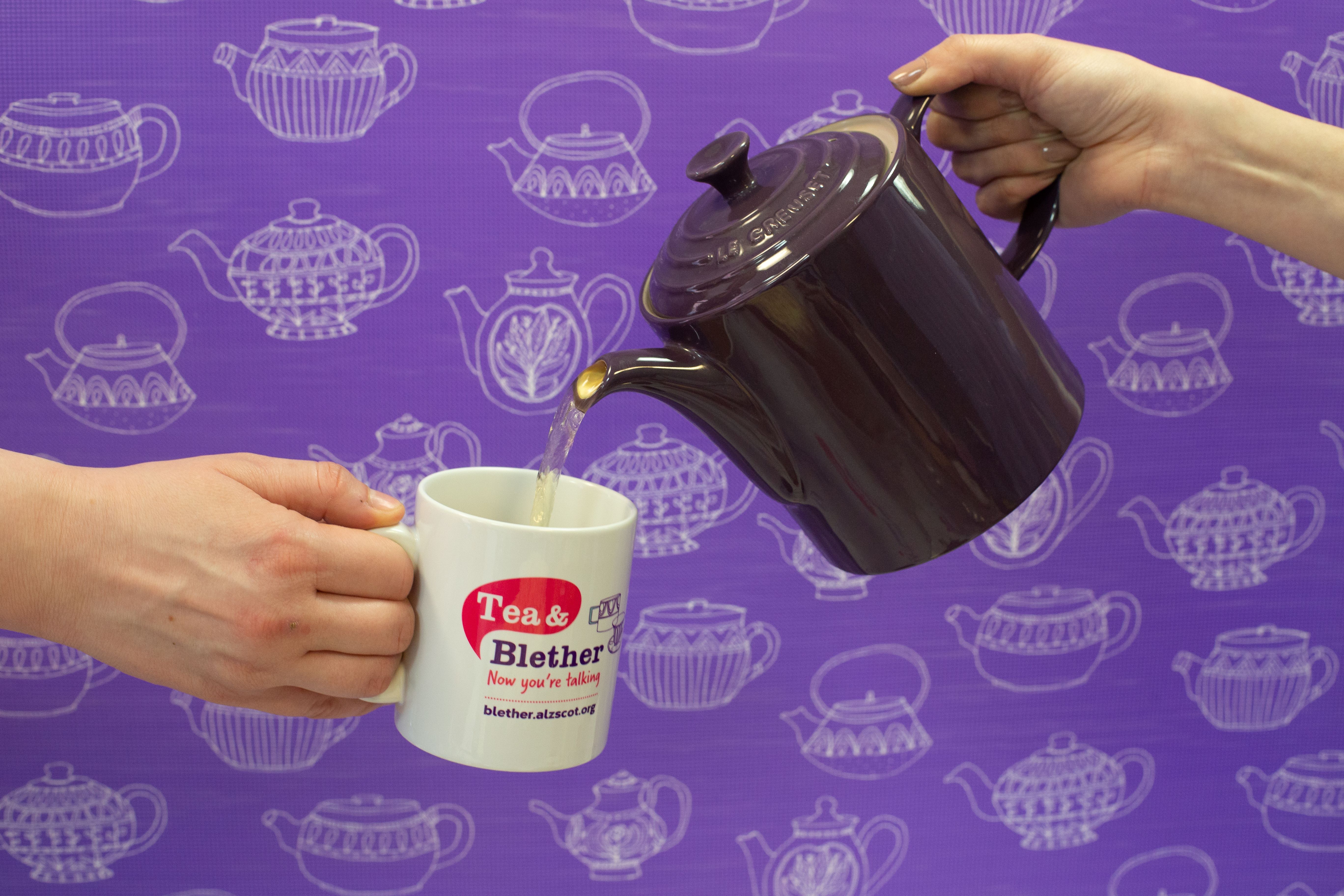 To get started, first register online for free at blether.alzscot.org to get your fundraising pack that ensures you’ll host a Tea & Blether worth talking about.

Participants are invited to host their Tea & Blether coffee morning during Dementia Awareness Week, which runs from Monday 30 May to Friday 5 June.

However, if you wish to enjoy your Tea & Blether another time, you are more than welcome to choose another date in June.

Whenever you decide to host your Tea & Blether and wherever it takes place, getting together to chat is great for everyone.

Join in the conversation online by posting a photo on Twitter or Instagram with your favourite mug and mention @AlzScot with the hashtag #MugShot.

Earlier in the week The Stornoway Town Hall and The Lewis War Memorial joined a number of iconic buildings and attractions in the UK being lit blue on Monday 11 April 2022 to celebrate World Parkinson’s Day.  The event also sought to raise awareness of the disease’s prevalence within our local communities.

Angela MacLeod, NHS Western Isles Parkinson’s Specialist Nurse, explained “We currently have over 80 people in the Western Isles living with Parkinson’s disease.  Furthermore, with a range of over 40 symptoms, each person is unique in how this disease affects them.”

Parkinson’s disease is a progressive neurological condition, meaning that it causes problems in the brain, and gets worse over time.  Around 145,000 people live with Parkinson’s in the UK, and it is the fastest growing neurological condition in the world.  Whilst there is currently no cure for Parkinson’s, there are a number of different treatments, therapies and support available to help manage the condition.

Angela added “When COVID-19 first presented two years ago, every person in the UK was affected and limited in some way in terms of having their movements restricted.  However, this is the daily case for someone with Parkinson’s, and they have no say whatsoever on how they have either too much or too little bodily movement.

“We hope that by raising awareness and getting people to talk more openly about Parkinson’s disease, it can relieve the anxiety around it and let those with Parkinson’s, their families and friends in the Western Isles know they are not alone, especially in these difficult times.”

This year, Parkinson’s UK supported two activities, chosen and led by a group of dedicated and passionate volunteers: Poems for Parkinson’s which encourages individuals to tell the world how Parkinson’s has affected them or a loved one, and Light Up Blue for Parkinson’s.  To find out more visit https://www.parkinsons.org.uk/get-involved/world-parkinsons-day