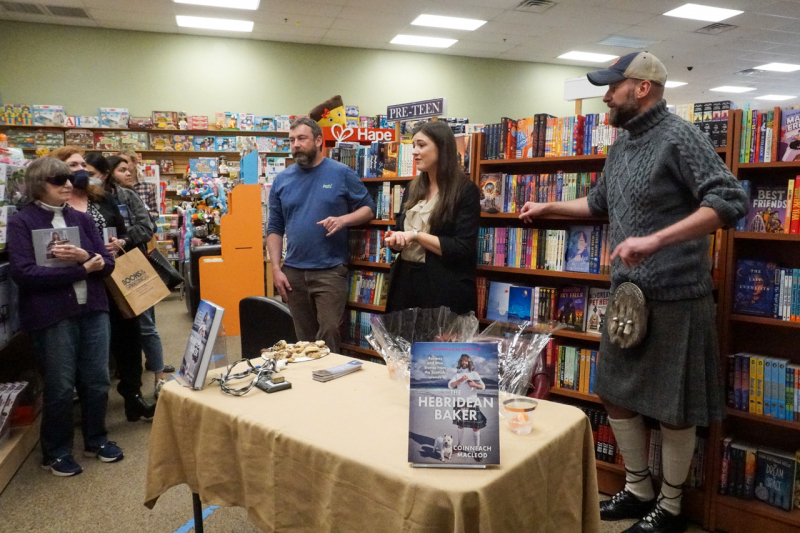 The Hebridean Baker book tour kicked off in the USA this week, marking the start of a 12-stop journey across the country that will see TikTok star and author Coinneach MacLeod from Lewis bring his “recipes and wee stories” from the Outer Hebrides to an eager North American audience.

Barnes and Noble (the US equivalent of Waterstones) hosted the launch event at their TriBeCa store in Manhattan on Tuesday May 3, while the second event at independent bookstore Books and Greetings in New Jersey on Wednesday 4 saw Coinneach and his partner Peter Macqueen (host of the BBC Alba gardening show Gàrradh Phadruig), regale attendees with stories from Lewis.

“It’s really meant the world to us,” Coinneach told the crowd, thanking them for their support and adding how he felt emotional seeing his cookbook on the Barnes & Noble shelves in New York City. 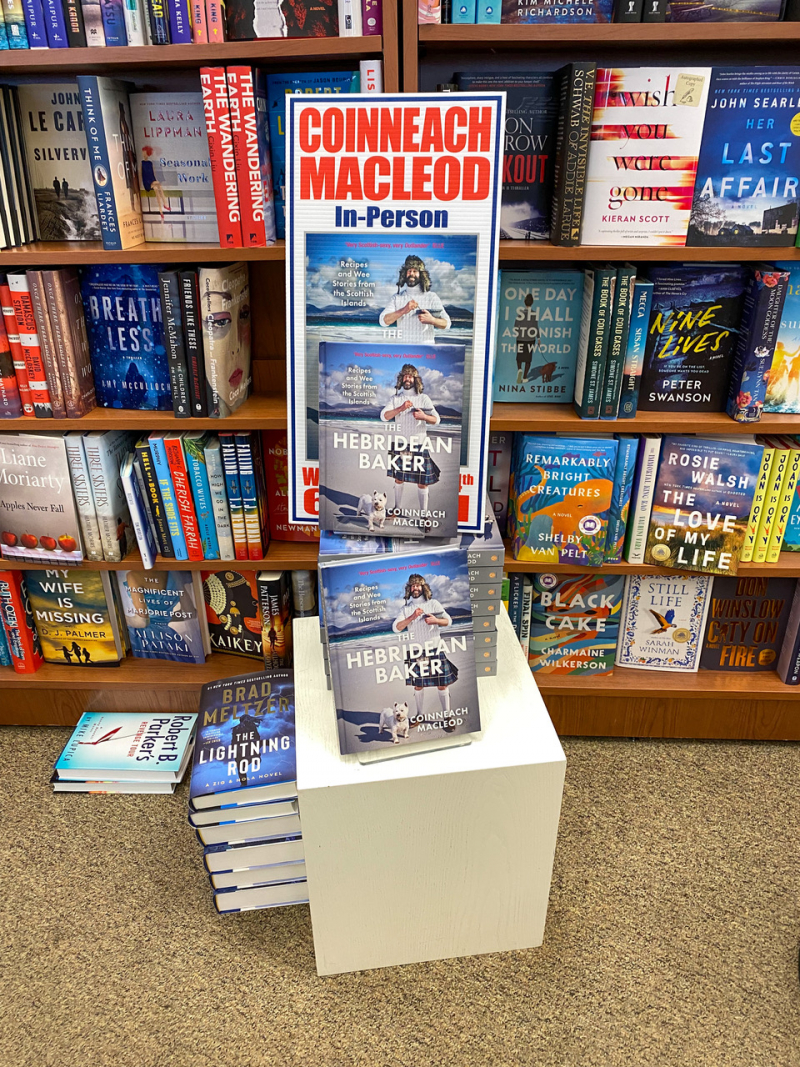 Peter went on to ask Coinneach questions about growing up in Lewis to help give people a sense of the islands, touching on the Mòd, the Lewis Chessmen, Gaelic, and of course, the village of Cromore where Coinneach grew up.

“I’m really proud of where I’m from… I used to have a boat that I used to go out onto the loch, and I always thought I’d find some Viking treasure, but I’d just come home with brambles,” said Coinneach, referencing a local ingredient that appears throughout his popular recipes. “I wouldn’t come home with anything fancy, but I’d come home with plenty brambles to make jam!” 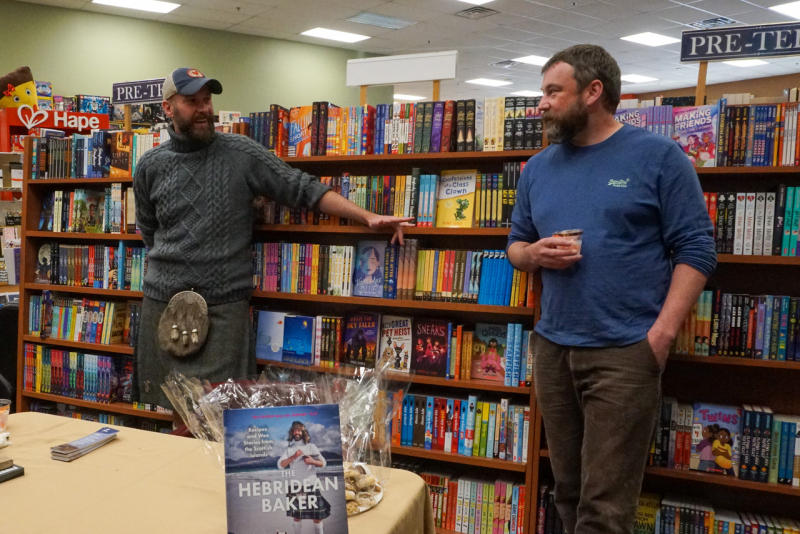 The pair even sang a few verses of the song they won performing together at the Royal National Mòd in Dunoon in 2018, before Coinneach signed copies of his cookbook.

Iona Cairns, the distillery’s International Brand Development Manager, was in attendance at the start of the tour. “Isle of Harris Gin is featured in the book in some great recipes,” she explained at the New Jersey event. “We’re just delighted to be able to join the book launch, I’m really glad we were able to share some of our spirit with you in a good Hebridean way.” 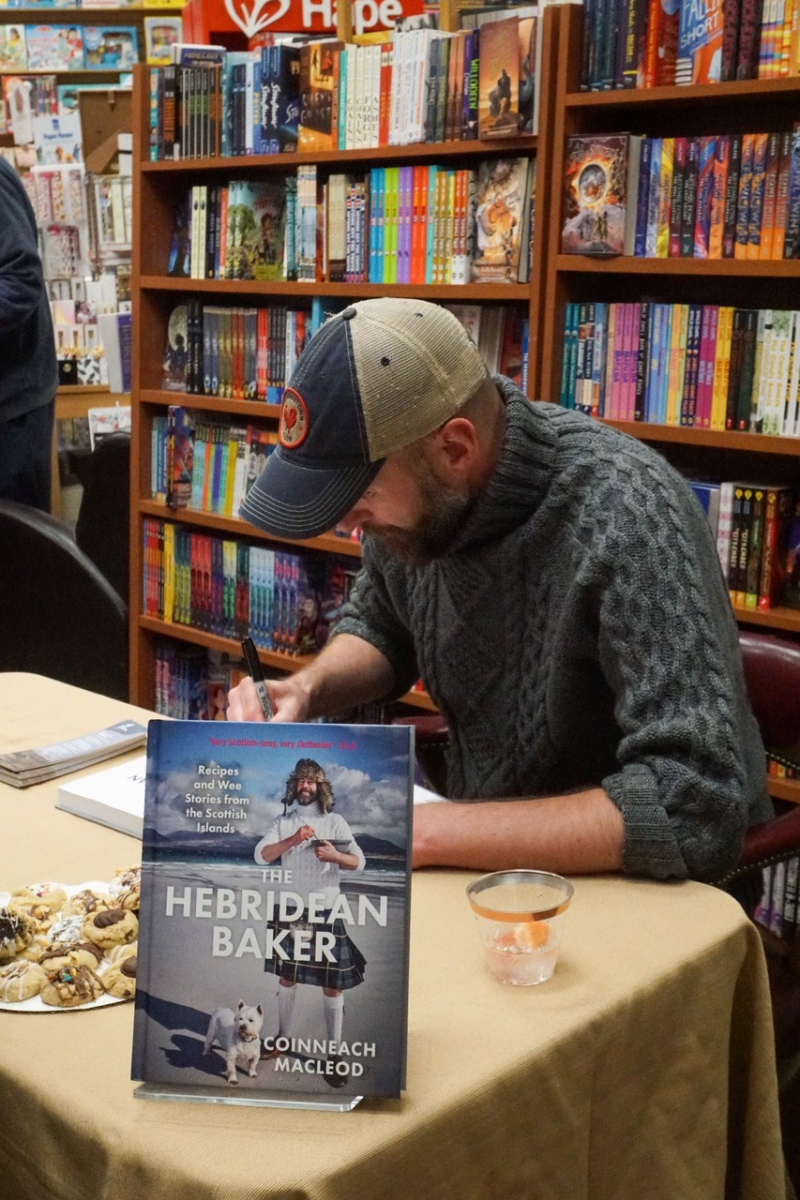 From New York, New Jersey, and Massachusetts on the East Coast, the Hebridean Baker book tour continues to the South this weekend before moving to the West Coast – the Seattle event is already sold out, with fans travelling across the border from Canada to attend – before finishing in Chicago on the 15th of May.

(Article and photographs from Katie Macleod.)