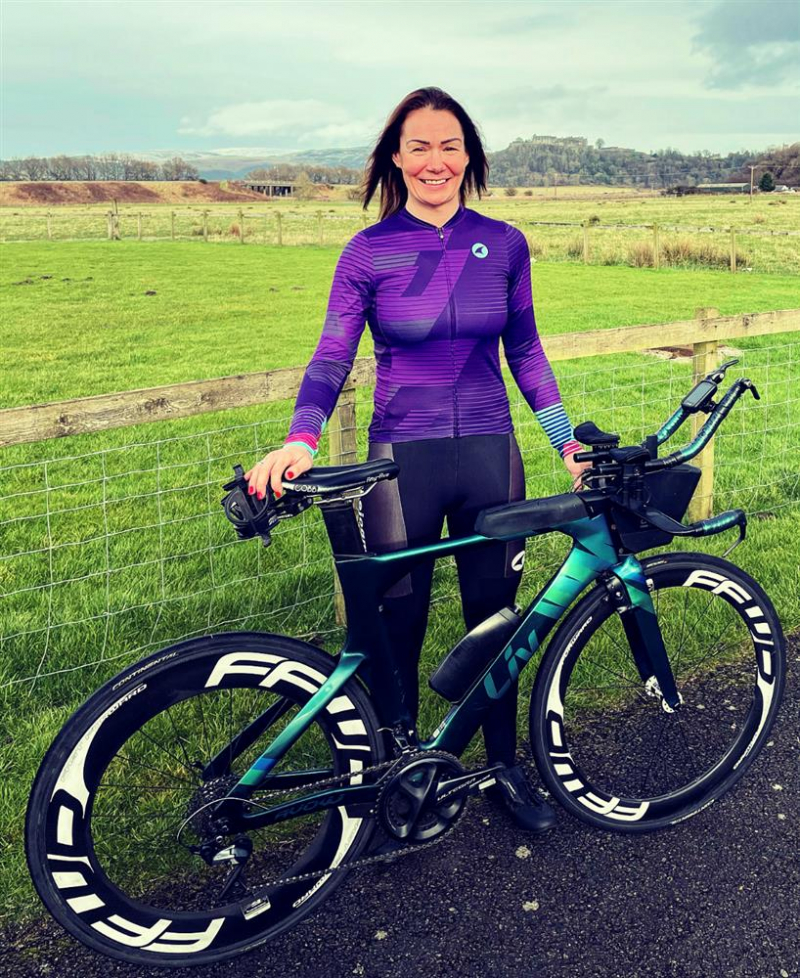 Stornoway cyclist Christina Mackenzie is back on the road today (Friday 13 May) with a new world record in sight and all the support in the world to get her there.

Just ten years after getting on a bike for the first time, she’s already the women’s solo cycling record holder on the ‘End to End’ run – the gruelling Land’s End to John o’ Groats marathon – in an official time of 51 hours, 5 minutes and 27 seconds.

Now she’s set her sights on smashing the women’s world record for the North Coast 500 circular route, currently standing at 38 hours and 30 minutes. Christina aims to complete the circuit in 34 hours.

She’s submitted her intention to attempt the world record to the Road Records Association, who are among numerous support organisations now watching her progress closely. They include her island sponsors, Duncan Mackay and Sons and Williamson foodservice of Stornoway.

Christina, who now works in Falkirk and rides with Stirling Bike Club, was described as ‘tense, nervous but expectant’ as she set out from the Flora MacDonald statue outside Inverness Castle at 5am today.

She has kept to her pacing well and, by 9.10am, was embarking on the notorious Bealach na Bà, the steep and winding pass which forms the ascent to Applecross, where checkpoint number three was passed before 10.30am.

Her route takes her up the west coast to the next checkpoint at Fearnmore before turning inland to Torridon and crossing the Beinn Eighe nature reserve to Kinlochewe.

For this mammoth attempt she is raising funds for the bereavement support service Cruse Scotland because, as she says: ‘grief is overwhelming when dealing with it alone.’

She said: “Cruse Bereavement provided support to me, helping me understand the grief I was experiencing through the loss of my parents and loved ones.

“The support I received from Cruse helped me manage my grief from day to day, giving me the reassurance and confidence to accept, allow and adjust to life again.”

You can help Christina reach her fundraising target of £2,000 at her JustGiving page at https://www.justgiving.com/fundraising/christinamackenzienc500

Commentary and bulletins on her progress are available at her previous world record page on Twitter https://twitter.com/lejogmack and you can follow her progress and stage times live via her open tracking page at https://live.opentracking.co.uk/nc500cm22/