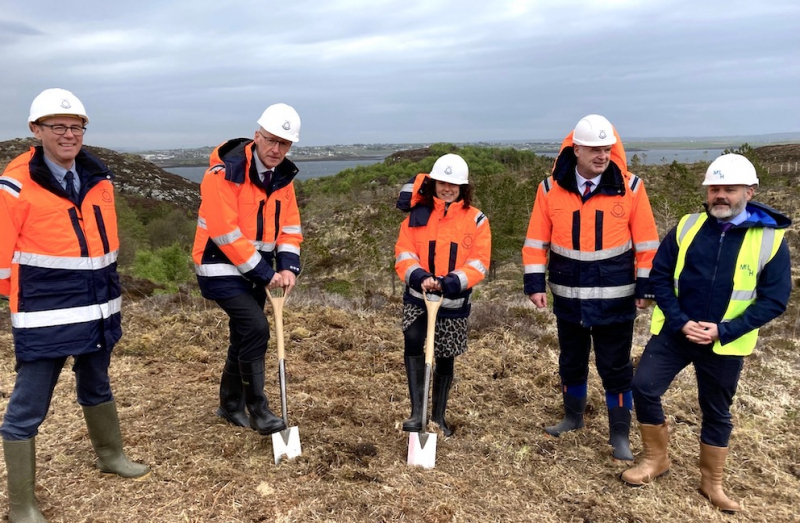 Scotland’s deputy first minister, John Swinney MSP, has hailed the enthusiasm and collaborative working which has led to the first ground being cut today (Monday 16 May) at the new deep water terminal at Arnish.

Mr Swinney was speaking to welovestornoway.com after he and rural affairs and islands minister Mairi Gougeon MSP jointly cut the first turf for construction of the new development, which has been hailed as ‘transformational’ by Stornoway Port Authority.

The £49 million contract to construct a new terminal has been awarded to building and civil engineering firm McLaughlin and Harvey, who say they expect to complete the contract by the end of 2023.

From 2024 it’s expected that large cruise vessels and commercial vessels of a significant size will be able to berth and unload both passengers and goods directly into the new terminal development.

Mr Swinney, who chairs the deep water development board with Stornoway Port Authority, told welovestornoway.com: “A lot of goodwill has come behind this project and all the partners have been focused on the big picture.

“This is a project that the Scottish Government believes is strategically, economically significant for the Western Isles, drawing together Comhairle nan Eilean Siar, Highlands and Islands Enterprise, Stornoway Port Authority and Government in recognition that a whole series of enterprises can be developed from it.”

Mr Swinney said that cruise traffic would be the first significant market to be much more fully developed as a result of the new terminal, pointing out that, by comparison to the cruise industry’s significance to Orkney, the Western Isles ‘still has a way to go.’

But, he said, there would be much greater opportunity further down the line for other industry and local development, with the engagement of all the partners representing an enthusiasm to ensure that the Western Isles seizes the opportunity.

He said: “The field of energy is particularly an economic opportunity and a very attractive proposition. This is a strategic investment and we want to see it used to the full.” 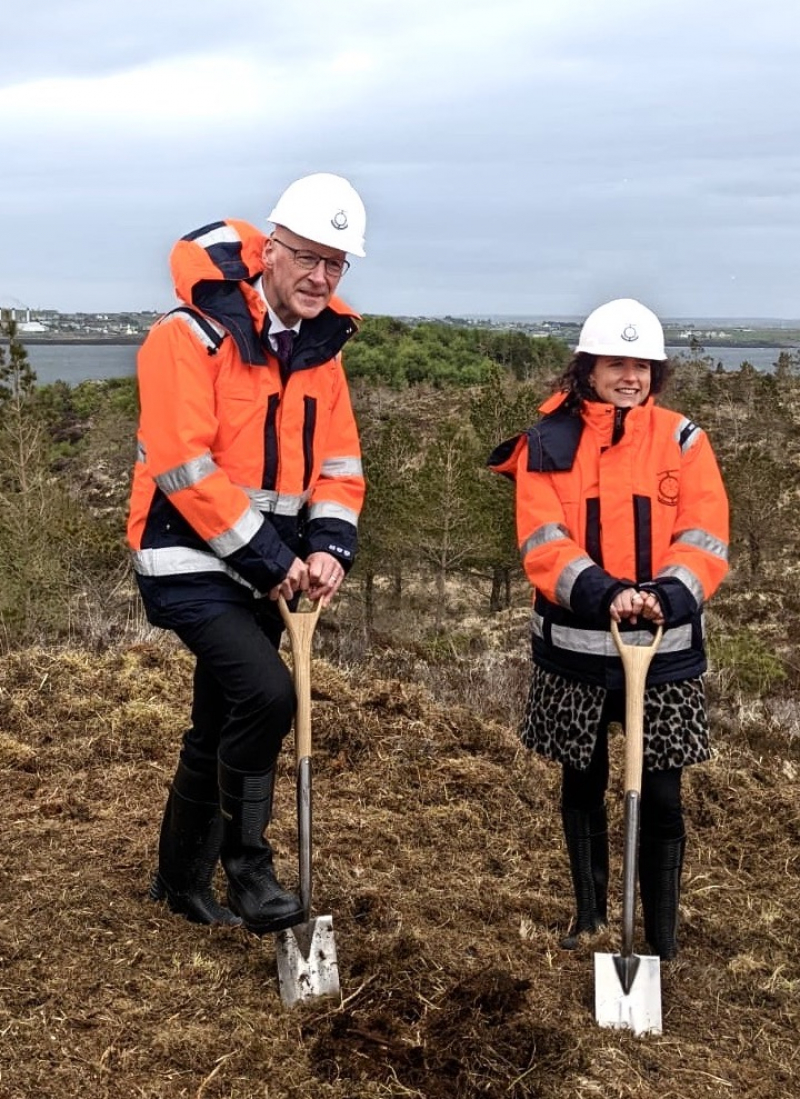 Mr Swinney would not be drawn on whether the new development could see changes such as ferry upgrade work or a satellite hub for CalMac sited in Stornoway, although he acknowledged that the issue of ferry maintenance and replacement was very much uppermost in island minds just now.

But he was clear that more far-reaching changes would be seen in Stornoway, and around the islands, as a result of the deep water port’s influence on the island economy.

He said: “The development of the deep water terminal opens up many opportunities for Stornoway, Lewis and the Western Isles, which may bring with them a need for further development and improvement in the town itself.

“That opens up downstream opportunities, especially in cruise and tourism infrastructure, but we want to realise all the benefits that we possibly can from this initiative.”

"The tangible benefits that this development will bring to the entire of the Outer Hebrides indicate an exciting future for the region and the port authority is proud to be playing a central role in this transformational development."