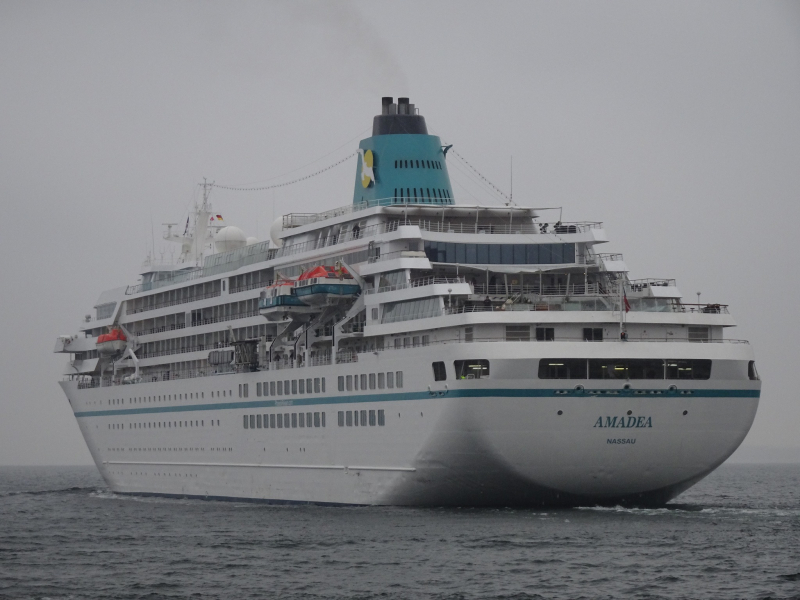 Stornoway harbour enters its busiest period for a long time on Saturday (21 May), with a total of 10 cruise visits scheduled over 10 days.

That includes three maiden visits to the port, and two days on which there will be two vessels in port at the same time.

Returning to Stornoway are Hurtigruten’s Spitsbergen (on Saturday) and Maud (on Tuesday 24 May) both of which made their maiden visits to the islands as the first calls of the season in April.

On Monday 23 May, the five-star scandi-boutique vessel Minerva, operated by Swan Hellenic, will be on pier no 3 from early morning while on pier no 1 Ocean Nova, a 72-passenger Antarctic expedition vessel, makes a cautious start to her travelling season. Both will be in port for a full day of sightseeing.

A maiden call for the larger vessel Silver Moon is scheduled for Wednesday next week. One of the largest of Silversea’s fleet, she’s set to bring up to 596 passengers in luxury to be tendered in from the outer anchorage of Stornoway Harbour.

She’s described as ‘the epitome of 21st-century luxury travel’ and features among her attractions immersive gastronomic experiences which allow guests to participate in food-based shore excursions.

Another maiden call is scheduled for next Friday, when Polartours’ Ocean Atlantic will spend a morning in the islands. A polar exploration vessel, she’s on an eight-day exploration of the Scottish islands, taking in whisky, history and wildlife on her tour.

Noble Caledonia’s flagship Island Sky closes the week with an overnight stay on Friday into Saturday next week, and the following week starts with the German operated first class hotel ship MS Amadea anchored in the outer anchorage, up to 576 passengers coming ashore during the afternoon and evening.

The month is set to end with another two-ship day on Tuesday 31 May, when Hapag Lloyd’s Hanseatic Inspiration is due to make her maiden visit to Stornoway, spending a day and night on pier no 3.

An adults-only expedition vessel, she and her sister ships Hanseatic Nature and Hanseatic Spirit major on active adventure, exploration and close-up experiences with nature. Hanseatic Spirit is due to call into Stornoway in June.

On this trip she’s travelling from Hamburg to Iceland via Orkney, Shetland and the Western Isles and she’s in port alongside the small French ship Le Bellot, a five-star vessel with 92 staterooms and suites. 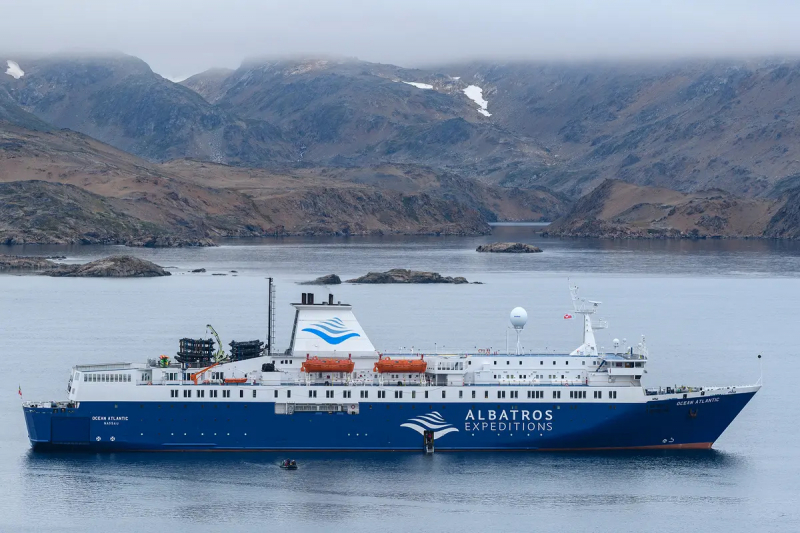 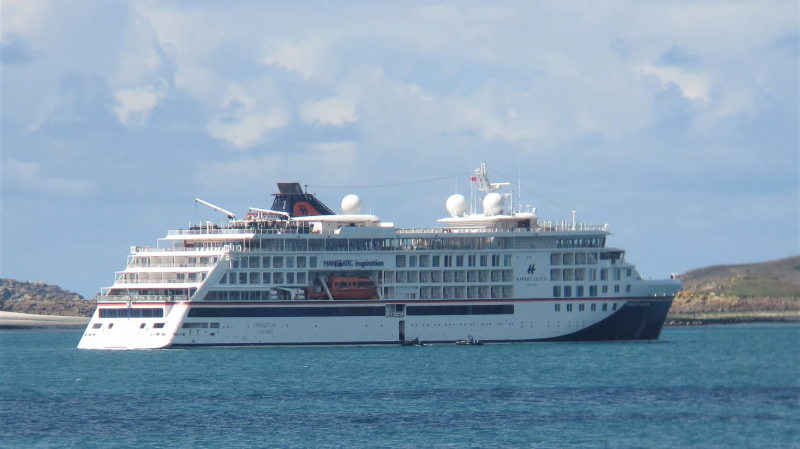