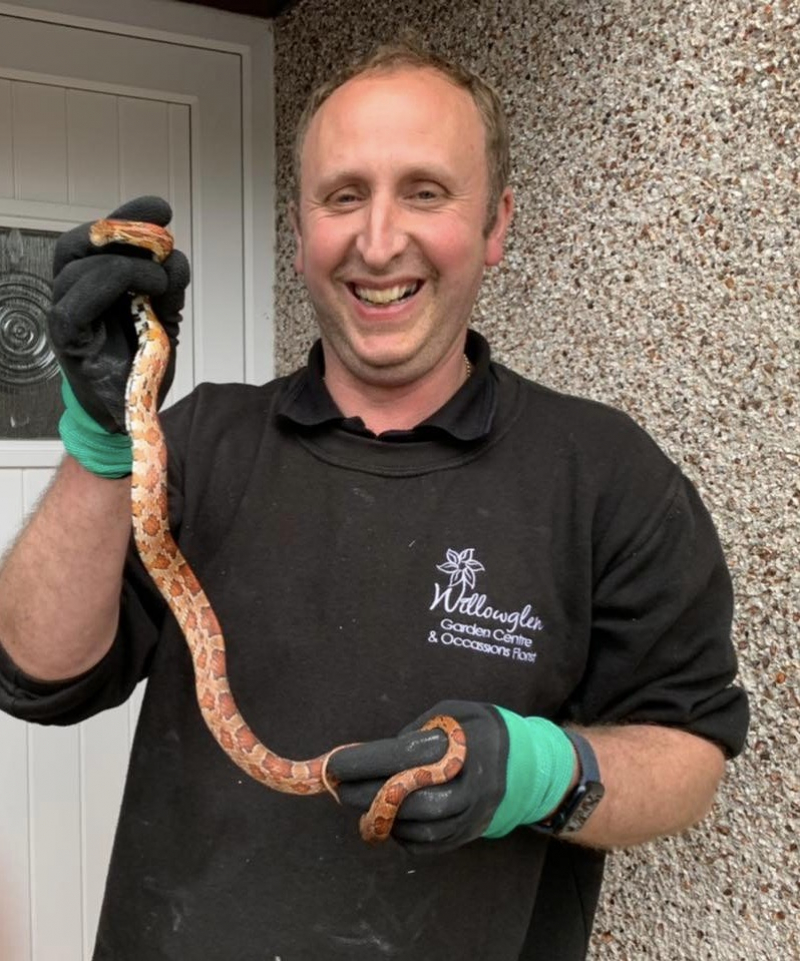 Seals in the harbour, herons on the Creed, there’s no shortage of wildlife in Stornoway – but that doesn’t usually include three-foot snakes on the doorstep.

Yet that’s exactly what the Macdonalds of Maclean Terrace found yesterday (Thursday 19 May) at 5pm, as the family were coming home from their day.

Marina Macdonald said: “I was in with the children and my brother had just left the house, when my husband Norrie came in and said ‘There’s a snake at the door.’

“We thought it was a toy at first and accused my son Owen of a prank, then we wondered whether it had been put there by one of the kids on the street, or even something to do with the football and people in high spirits ahead of the match.

“Then Owen tried to lift it by the tail and its tongue came out, and that’s when we all started screaming.

“Norrie hates snakes, so we closed the door in case it came in and Norrie and Owen climbed out of one of the bedroom windows. I was up on the bed – though I don’t know what good I thought that would do – and then I just got a fit of hysterical giggles because of the madness of it all.

“The only person who stayed calm was my daughter Iona – she was loving it. She thought it was the best thing that had ever happened. 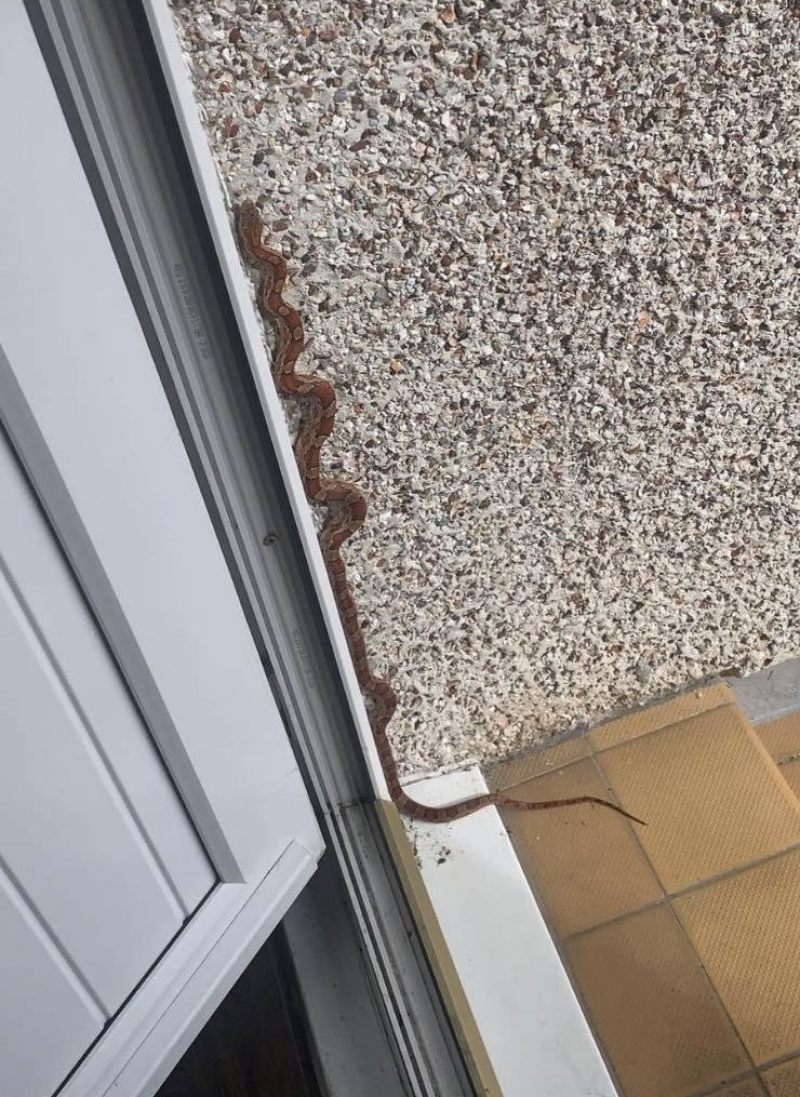 “Meanwhile I was thinking ‘This is ridiculous, finding a snake in Stornoway, it shouldn’t be happening.’ I mean, what do you do when there’s a snake outside your house?”

Calls to the SSPCA and to the vet yielded no response, then a neighbour suggested that they try Willowglen Garden Centre, where there is plenty of expertise in animal management.

Enter Richard Robinson of Willowglen as hero of the hour. He donned his gardening gloves and apprehended the escaped pet, later rehousing it in a suitable tank at the pet shop. 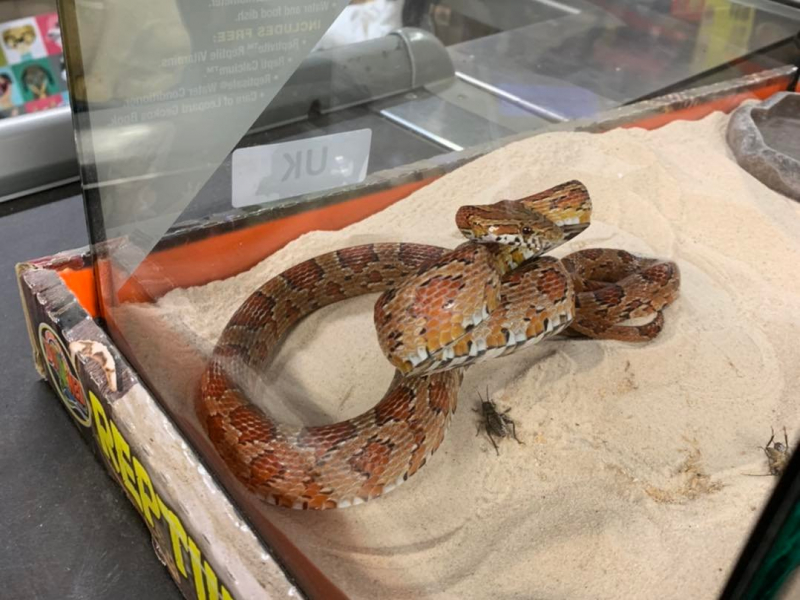 Richard said: “I used to be scared of snakes, then someone told me to remember they are smaller than me, so now I think, just get on with it.

“It’s my job to know the species and how to handle them. This one was hungry, but in good condition and it’s now quite happy to be back in a tank after being out on his travels for a while.”

The three-foot long reptile turns out to be a harmless corn snake, native to North America.

Marina later found out that it was a pet which had been on the loose for about three months and that it had probably been coiled tightly somewhere to survive the cold weather, before looking for somewhere warmer where he might get food.

She said: “All I thought was ‘why did he pick me?’ I didn’t know he was harmless and I wasn’t really keen to find out. But the whole incident was so funny that you had to laugh, which I did – a lot.”

Pictures show the corn snake at the Macdonalds’ front door, picked up by Richard Robinson and safely back in a tank (Macdonald family/Willowglen Garden Centre).