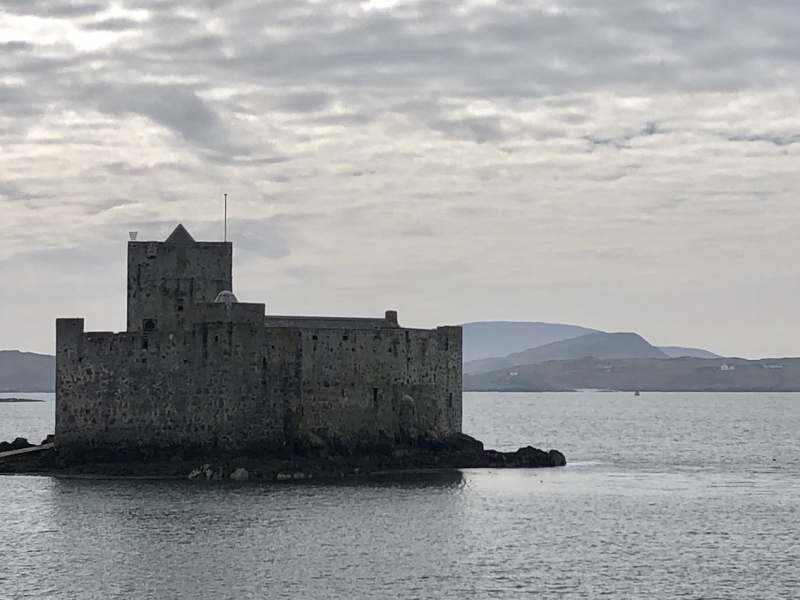 Residents of the Isle of Barra feel let down and angry about the continued closure of Kisimul Castle, which they feel is being poorly stewarded by Historic Environment Scotland.

That’s according to Na h-Eileanan an Iar MP Angus Brendan MacNeil, a resident of the island, who says that HES is ‘not living up to their promises’ regarding the emblematic castle in the bay.

The MP called yesterday (Monday 23 May) for HES chief executive Alex Paterson to visit Barra to meet the community face-to-face and explain why, in HES’s custody, Kisimul Castle has remained closed for so long.

Among those wanting to hear of progress on Kisimul are staff at Bùth Bharraigh, who have been left fielding questions from visitors about the iconic landmark.

Clan MacNeil has also spoken ‘with sadness’ of the fact that the castle is to remain closed even during their 2022 Clan Gathering, due to be held August 8th-10th.

Earlier this month Historic Environment Scotland told welovestornoway.com that the castle was ‘unlikely to open’ in 2022, citing significant conservation and safety risks at the site which still had to be assessed before work on correcting them could begin.

A spokesperson for HES said then: "We very much understand the concerns expressed in relation to the ongoing closure of Kisimul Castle, however our first priority is to manage the risks to staff and visitors and hence the property remains closed for the moment as our conservation team considers the best way ahead.”

“People travel from all over the world to see Kisimul Castle, which is reputed to be almost 1,000 years old.

“It is a castle that is set in the sea with a freshwater well and is of historic importance to the Isle of Barra, the Clan MacNeil, and the wider Hebrides. Historic Environment Scotland is not working to keep the castle as they should.”

HES has said: "We intend to reassess the property soon to consider what options may be open to us and will continue to have dialogue with the owners and other relevant partners throughout that process. It is, however, unlikely that the property will reopen this year unfortunately.”

Among safety concerns identified are concrete floors in Marion’s Extension, whilst the Tanist Hall and the Great Hall are causing concern over structural stability, as are some of the walls within the castle itself.

Access to the hall was suspended in 2016 following inspection by structural engineers. Options were discussed on how to install supports, but no agreement could reached over funding or refurbishment routes with Clan MacNeil and so the hall has since remained closed.

A HES spokesperson said that a timescale and cost could not be stated until a full assessment has been made of what is required in terms of conservation work.

Angus MacNeil said: “We expect so much better from Historic Environment Scotland and I feel that they can’t run away from the community. They must come to Barra and discuss with people what their plans are.”