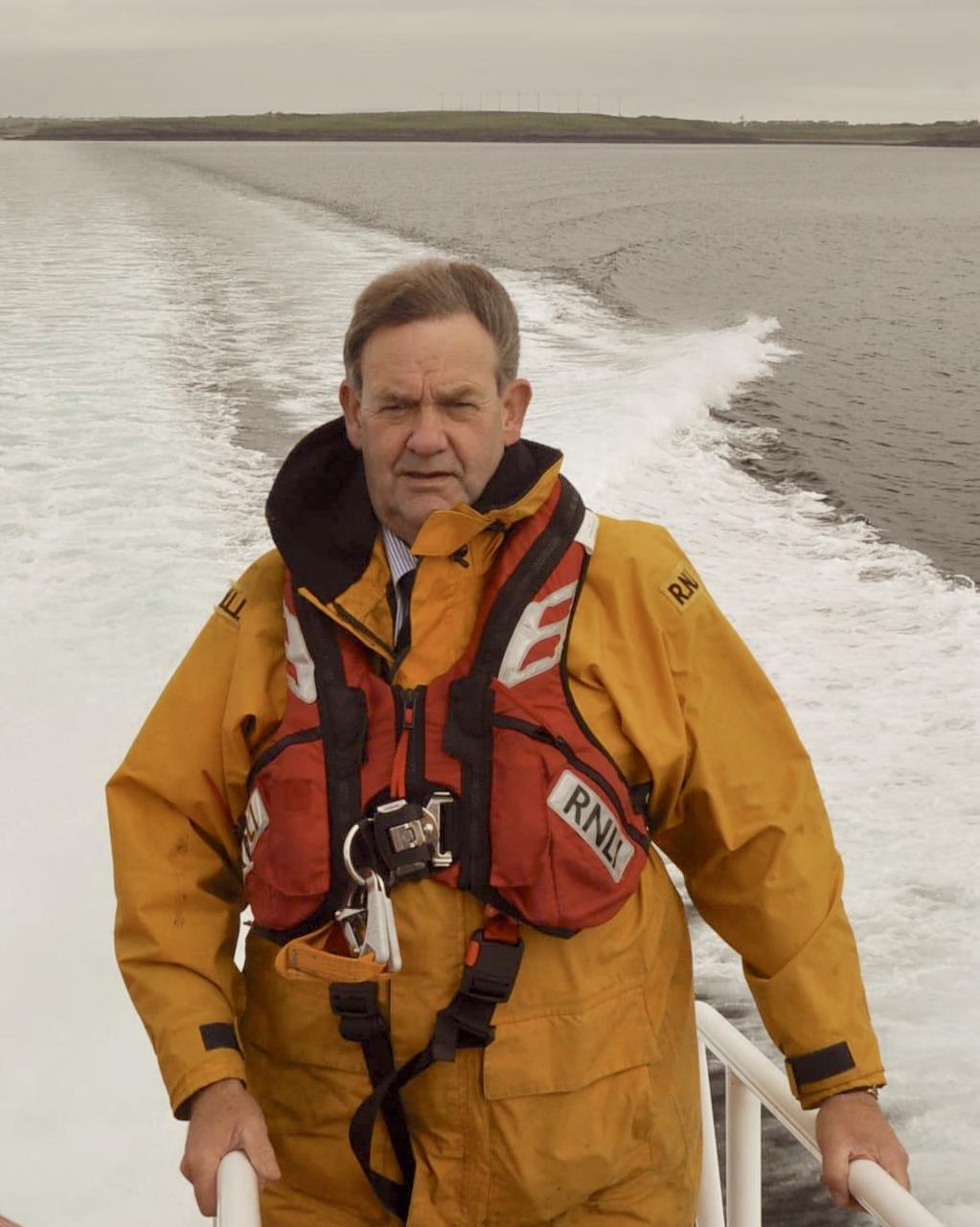 Stornoway's John J Maclennan is awarded MBE in the Queen’s Birthday Honours for services to the RNLI.

It's his decades-long contribution as a volunteer with Stornoway lifeboat which has led to him being awarded a Member of the Most Excellent Order of the British Empire.

John has been an integral part of the organisation’s lifesaving for more than 50 years, serving as crew, Deputy Launching Authority and now Chair of the Lifeboat Management Group at Stornoway.

John joined the crew in 1971 and sailed for 25 years. During this time, Stornoway Lifeboat saved 122 lives, and John puts that down to an incredible team effort from all involved and the excellent seamanship of Coxswain Malcolm MacDonald.

On September 9 1976, John was involved in a shout on the Stornoway lifeboat – Hugh William Viscount Gough – at 11pm. The crew were responding to a report of an overdue small boat with one person onboard in the Loch Shell area of South Lochs.  The weather conditions were poor and as the time went by, the hopes of finding the elderly occupant safe and well were diminishing. The crew, working alongside the Coastguard, were about to pack up the searchlight and head back when the small boat was spotted tied to lobster creels in the lee of the island. The gentleman had spent at least 12 hours in the small boat, but was soon returned to safety by the crew.

Another major rescue in which he was involved was that of the crew of 29 onboard the fishing vessel Junella, which went aground off Eilean Trodday, Isle of Skye, in gale force winds, poor visibility and very heavy seas on 29 September 1980.

In February 1989, John was involved in a shout during a hurricane that hit the Isle of Lewis. A fishing boat was in difficulty southeast of Stornoway and was located by the lifeboat – Sir Max Aitken 11 – and the two crewmen of the boat were rescued. The fishing vessel was never seen afloat again. 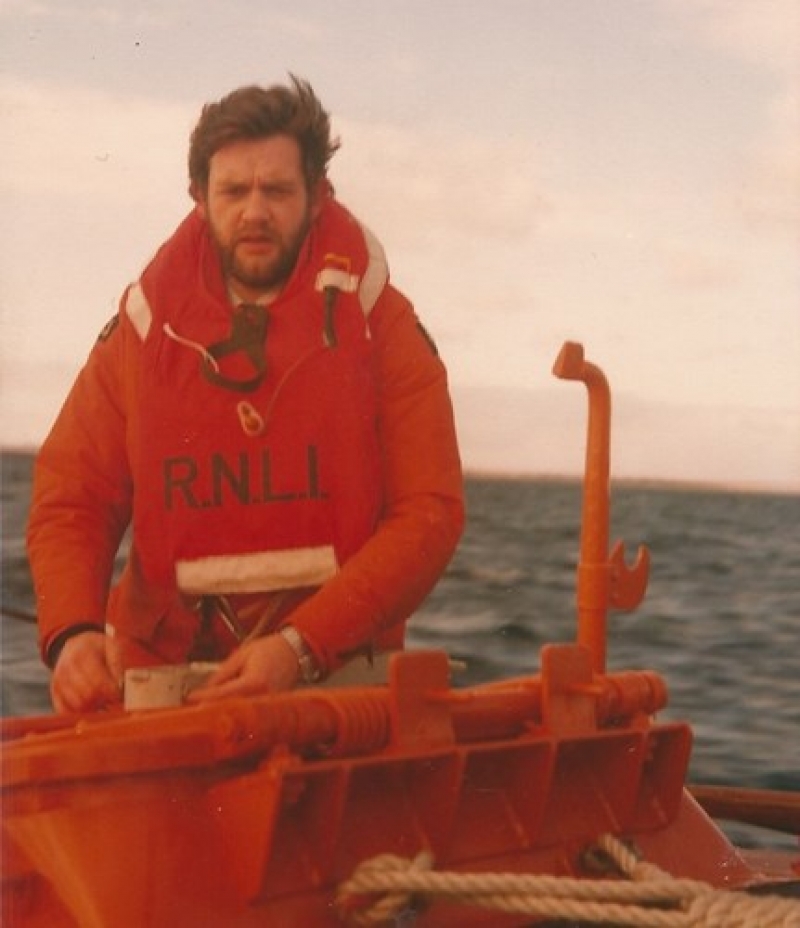 John has played his part in fundraising for the RNLI during his time volunteering for the charity. During the initial 2020 lockdown, and on his 70th birthday, John embarked on a 38-mile cycle for the RNLI. With hopes to raise £500, he was barely out of first gear before exceeding the target. Ultimately, John raised £19,500 for the charity that means so much to him.

On accepting the MBE, John thanks the wider team who have played a pivotal part during his 50 years with the RNLI. John said: ‘I am both genuinely moved and surprised that people consider me worthy of a nomination for this honour. In accepting the award, I do very much on behalf of all of the Stornoway Lifeboat Station team, past and present, in recognition of their professionalism, dedication and commitment to the RNLI. 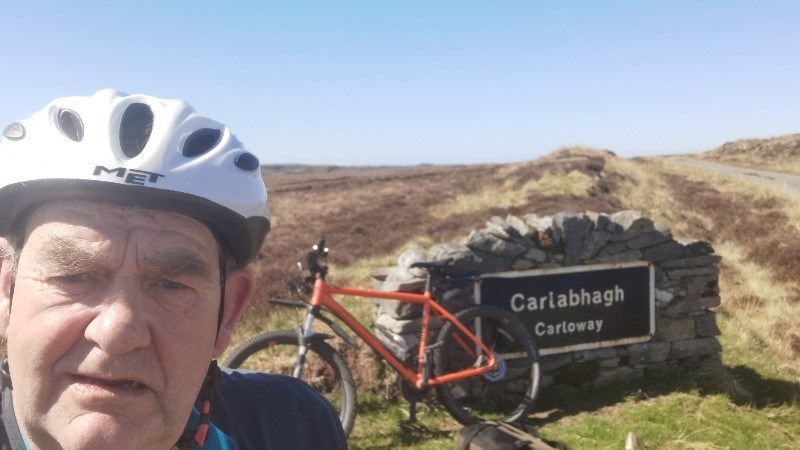 ‘The Stornoway Lifeboat Station is deeply woven into the very fabric of our island community, and I wish the Coxswain, crew, Guild members and supporters continued success.’

He is a serving member of the RNLI Scottish Council providing wise counsel to the Chair who represents Scotland on the RNLI’s Board of Trustees, says the official Royal citation.

Away from the RNLI, he had a 27-year career with the Stornoway Pier and Harbour Commission and Stornoway Port Authority, where he latterly served as Chief Executive.

The UK Government's Scottish Secretary Alister Jack said: “In the year of Her Majesty’s Platinum Jubilee, my whole-hearted congratulations go to all those across Scotland who have been recognised for their extraordinary public service. They truly exemplify the dedication, ambition and generosity of spirit that has defined the Queen’s 70-year reign.

“We were all gripped by the Winter Olympics and Paralympics in Beijing, as our curlers swept to gold and we topped the podium in Alpine skiing. Eve Muirhead is awarded an OBE, while the rest of the team get MBEs, along with Alpine skier Neil Simpson and his brother and guide Andrew.

“One of Scottish literature’s most recognisable names, Ian Rankin’s knighthood is richly deserved; his Inspector Rebus novels have kept us in entertained and in suspense for decades.
“It’s great to see recognition of Scotland's fantastic food and drink. James Walker of Walker's Shortbread is being knighted, and OBEs are given to Ian and Michael Urquhart from the family-run Gordon & MacPhail whisky company.

“Honours also go to those whose dedication and resilience helped make Glasgow’s hosting of COP26 safe and successful, including a well-deserved knighthood for Police Scotland's Chief Constable Iain Livingstone.”