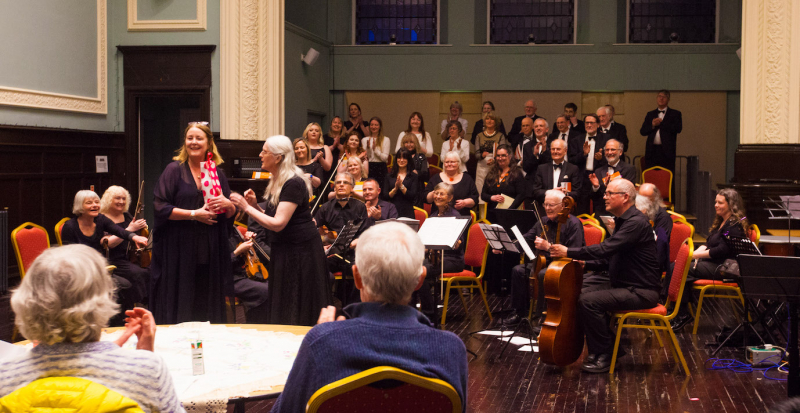 Saturday, 23 April was a significant date in the annals of the Stornoway Singers, with the performance of Handel’s Messiah at Stornoway Town Hall, after several postponements, being the choir’s first live concert post-lockdown.

The group explains: "For weeks we had attempted to rehearse via Zoom, but anyone who has ever tried to synchronise voices through this medium will know that it doesn’t really work, and suitable outdoor spaces were hard to find. (At one point we resorted to singing in a cave – great acoustics, but we had to keep one eye on the tide so as not to risk featuring on a future episode of Saving Lives at Sea…)

"Indoor rehearsals had only been allowed to resume shortly before the concert so that our readiness to perform was still in doubt with only weeks to go.

"However, with the Town Hall booked and the orchestra mustered, the decision was taken to go ahead on the premise that it would be now or never!

"Given all the obstacles which had had to be overcome, we took the stage with some trepidation, but, accompanied by the support of a wonderful group of musicians and soloists and lifted by an appreciative audience we afterwards wished we could do it all again! 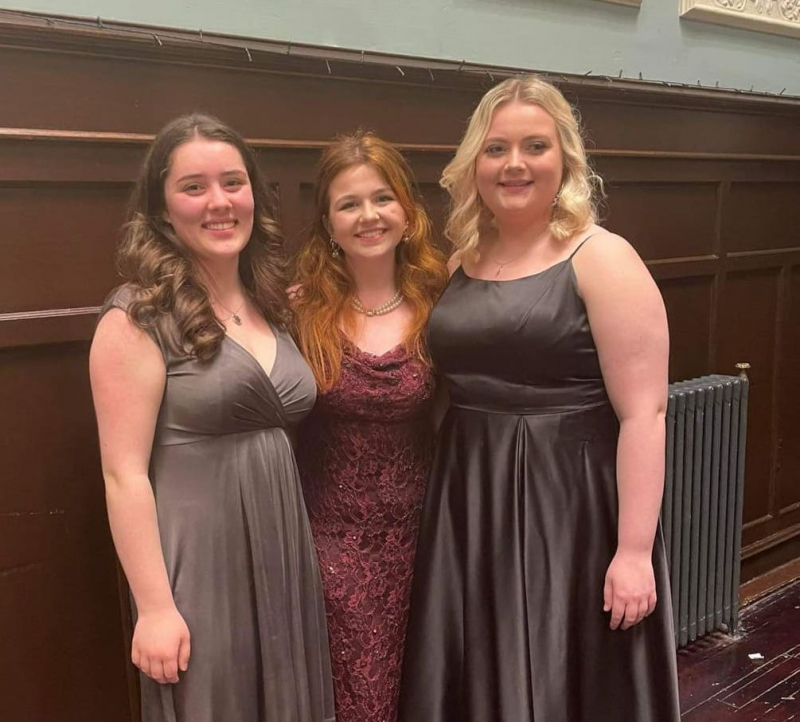 "As this was a “Come and Sing” event, a shout-out must also go to our guest singers, most of whom had not sung the piece for many years or, in some cases, not at all!

"Last but certainly not least, thanks go to our long-suffering conductor, Cath Fish, without whose enthusiasm the concert would not have taken place.

Apart from marking a return to the joy of singing together once again, the occasion had the added significance of being Cath’s swansong. Having initially agreed – over ten years ago! –  to take over on a temporary basis, she has finally taken the decision to step down as conductor. She is owed a huge debt of gratitude by members of the Stornoway Singers past and present. The choir thanked her with a buffet in the County Hotel on 18 June to celebrate all that they had achieved under her baton.

The Choir has been extremely fortunate to persuade the Rev. Canon Peter Moger to take over the baton. Peter arrived on Lewis in 2019 to take charge of St. Peter’s Episcopal Church, Stornoway and St. Moluag’s, Eoropaidh, having spent nine years in charge of the music at York Minster, and has some exciting plans in store for us!

New recruits to The Stornoway Singers are always welcome. No audition is necessary, and the ability to read music, whilst helpful, is not essential.

Rehearsals resumed on Tuesday, 24 May at St. Columba’s Church Hall, Lewis Street, Stornoway. (8.0 – 9.30) until 21 June. Practices will start up again after the school holidays in August.

"Whether you’ve sung in a choir before or simply fancy having a go, come and join us."